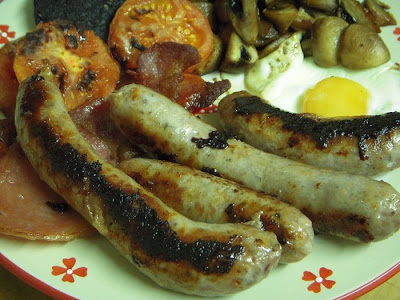 The last time I visited the village of Swanton Morley in the middle of Norfolk was when I was a spritely and swift cross-country runner. The RAF Swanton Morley leg of the Norfolk league was never a favourite of mine, involving a long slog out around the perry track, a too-brief dash around some fields, then the same long slog around the airfield, in the opposite direction. So it was very interesting to re-visit the place some 20+ years later. The village itself, and the immediate surrounding area, are an absolute picture postcard, with waterfalls (yes, really), narrow, right-angled hump-back bridges and beautiful countryside, none of which I cared about all those years ago. 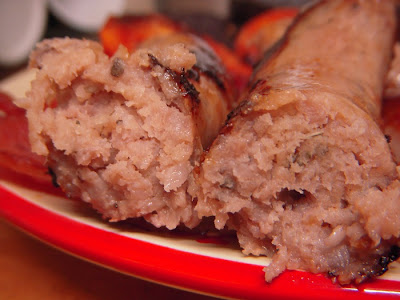 The picture of the shop will give you a flavour of the rest of the village, very scenic. And the reception in the shop matches too, friendly with a definite Norfolk accent. I’d really like to visit one of the Bangers & Mash Nights in the adjoining delicatessen restaurant some time too. They have a website where you can check them out for yourselves, just click here http://www.the-butchers-shop.co.uk/


These sausages were road tested in front of the Malaysian and Grand Prix, so please forgive any awful motor-racing puns....anyway, it’s “Go! Go! Go!” for the Swanton Morley sausages.... 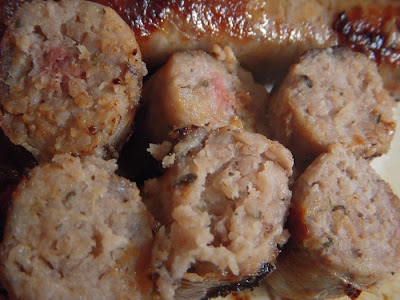 Meat Content:
The man in the white coat says 90% free range local pork is included here. I say “At least”. These bangers are either big (the smaller ones) or very big, which means there’s an awful lot of pork for your pounds. I reckon these are well above the average, meat-wise. Slightly vaguely, the pork is “free range local pork”, sorry I can’t give you more information than that.

Flavour:
Warm and homely, these should have the words “comfort food” running through them like a stick of rock. Beautifully seasoned and full of flavour, these sausages will really remind your taste buds of the good old days. The pepper is “maybe” the dominant flavour here, but not unpleasantly so. A podium place for Swanton Morley, among this year’s reviews so far. 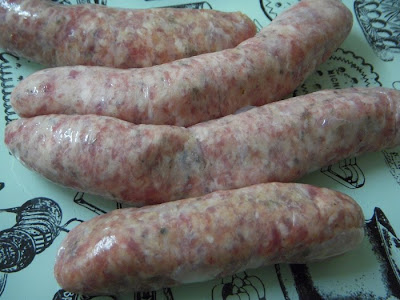 Texture:
Taste more crumbly and bitty than they look, which is a plus point, and they pull apart quite easily to let you look under the bonnet. This set of four sausages are the most widely varying I’ve ever seen! From, maybe, 10 centimetres, up to nearly double that, this lot were great fun and look very quirky.

These are the biggest bangers of the year so far by some margin. And only one sausage from 2010 came anywhere close. The sight of these sausages in the pan will really rev up your appetite. Use big plates. 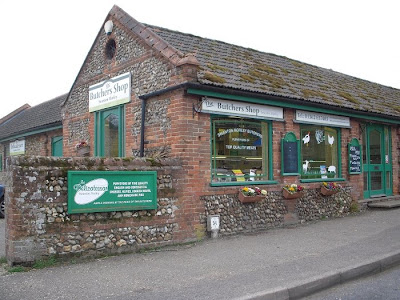