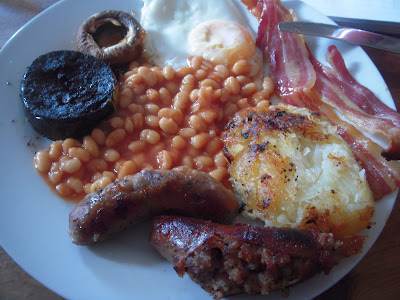 Picture the scene. The Famous Five are riding their bicycles en route to Aunt Fanny’s cottage on Kirrin Island where they expect to discover and take down a counterfeit cigarette operation run by the Albanian mafia. All of a sudden one of them clips a kerb and falls off in a shower of satchels, cardigans and middle-class superiority.

“DICK!” yells....Dick. “George, you’re such a flipping dick!”. Dick immediately loses three fingers when he is attacked by George’s over-protective and un-micro chipped new dog Tyson. Poor old Timmy was knocked over by a pantechnicon just after the Autumn hols last October.

I know you will have enjoyed that brief nostalgic vignette. And if you want to imagine what the background of the scene looked like, take a glimpse at Picks Butchers shop frontage, in the sleepy Lincolnshire village of Dorrington. It is pure picture-postcard English perfection. Red brick facade with a pleasingly simple sign, a red telephone box, a red pillar box on a, errrrm,  pillar and hand-written blackboards. Beautiful. 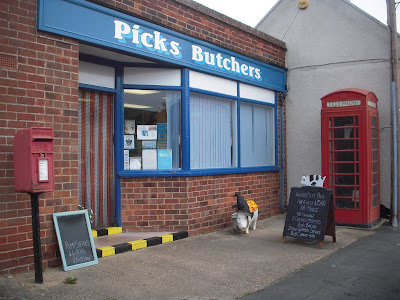 I had heard great things about Picks, especially about their pork pies, so was excited to step through the Lincoln City coloured chain-link door screen. At this year’s prestigious Poacher awards Picks bagged Gold for their pork pies and dry cure bacon, silver for Lincolnshire sausage and pork & tomato sausage, and a bronze for their haslet. These awards are not given out willy-nilly, so you know you’re dealing with a good quality producer here. But how did their Lincolnshire sausages rate for us? Read on.... 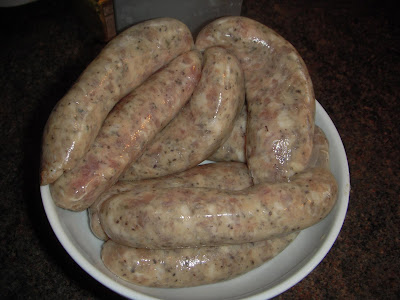 Where To Find Them:
Picks are on Main Street in Dorrington, easy to find and with easy street parking. If you’re using SausNav type in LN4 3QA. You can’t miss them.


Nice and quirky, just how we like it. These guys obviously enjoy their weekends! 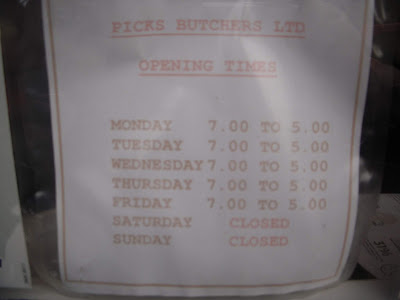 Stanwatch:
What a treat! Two delightful and welcoming Stanettes serving the steady flow of customers, and enjoying a chat with all-comers. In the background a solitary Stan a-chopping and a-slicing like the clappers, at a bench placed just behind the counter. I hope the intention is for us punters to see the produce being created, which is a bold move and demonstrates their obvious confidence in their goods.

Flavour:
Warm, herby, delicious. BUT there was a BIG issue with these sausages. Despite using the same pan, same heat, same oil as with every review, seven out of eight sausages split their sides during cooking. This is obviously a bad thing – we love small eruptions from the ends of bangers, but so much bursting is disturbing. The fluid that leaked from the broken bangers was coagulant and clogging.....and TOTALLY buggered up the home-made hash browns that are always cooked in the pan after the sausages depart. Look at ‘em, just look at ‘em. Hash splodges they became. 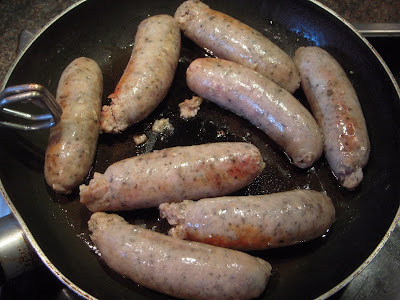 Texture:
The skins were obviously compromised as they had split. You could say there was no Snap or Crackle, cos they Popped. Disappointing. The filling was actually really good, large pieces, crumbled apart beautifully when pushed but clung together to provide a most excellent sensation in your mouth. A great texture.....but let down... 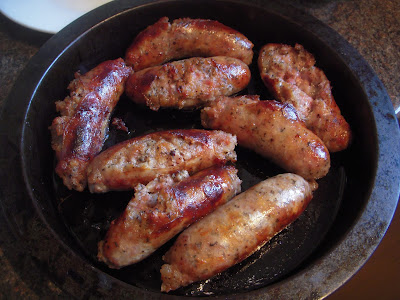 Value For Money:
£3.82 for 8 sausages weighing 542 grams. This works out as £7.04 per kg and 48p per banger.
We rate this as not bad value for money, which would have been much better without the bursting drama and weight loss. If you buy in a more “bulk” kind of way the price reduces.

The "Aah, Bisto" Factor:
No noticeable aroma in the pan, but I “was” heartily annoyed with all the bursting carnage going on so may have been distracted. 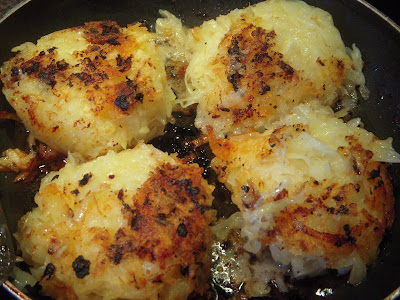 The Imaginatively Titled Next Day Cold Sausage Test:
There were no sausages left over for the next morning, which in itself must say something about the flavour. Crap bangers tend to last longer....

And Finally, Esther:
I want to give these tasty sausages another try. Surely the split personality of these was a one-off event. Potentially good sausages I feel, but a slight disappointment on the day. 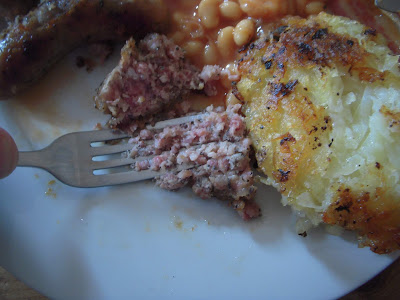