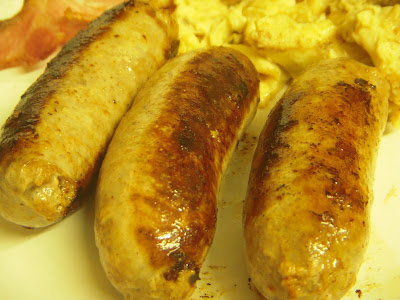 The Fruitpig Company has been reviewed on Rate My Sausage before. We tried their Toulouse, and man alive, were they good! Our cod-French poem of praise was a hit at the company and may even be used by them in future….guys, you can have that one for free. After all, they did give us the bangers for nothing.


If you’ve never heard of the Fruitpig Company then you need to put that right straight away. Suppliers of impressive meat products to some of the top chefs working in the east of England, but only a couple of years old. Check out their website here: FRUITPIG_COMPANY


Fruitpig are very grounded in their local area, which is very endearing. The Boss, mister Matt Cockin, personally popped into The Woolpack (venue for King’s Lynn King Of The Bangers 2010!) to hand over some of their new Chiang Mai sausages, which will be appearing here in due course. But that’s in the future, what were their Rare Breed Sausages like? Read on…. 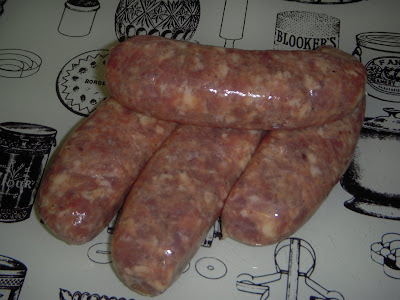 Meat Content:
Extremely piggy, and claimed at 85%. That’s a jolly fine figure in itself, but all the more impressive when you consider the provenance of the pork. Fruitpig pork is special – and it shows in these sausages. Build a cathedral with top-notch Lincolnshire limestone and yet get Lincoln Cathedral….try the same thing with breeze blocks and you end up with Homebase, Grantham. These sausages are very meaty, and it’s bloody good meat to boot.

Flavour:
Sweet sweet sweet! And so juicy too. These sausages are simply delicious. The rare breed pork meat shines through, and would produce fantastic bangers on its own, with nothing added. However, after you savour the sugar-sweet meat there is an after burn of spiciness, as mustard and pepper join hands and romp in spicy-coloured Doc Martin boots all over your taste buds. 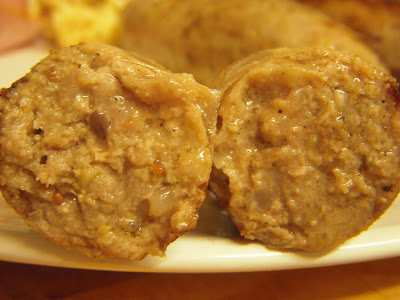 Texture:
An excellent texture to these beauties. The way you likes your banger is subjective of course, and I like mine coarse. These are chunky, very chunky. Think Spinal Tap. Picture the scene:


Fruitpig’s mincing machine must be turned to eleven, a la Tufnel, St Hubbins and Smalls (and the many drummers, who all seem to die in mysterious circumstances). Is there a higher compliment I can pay? The skin crisps up quite well but I like mine a little firmer, however these are natural casings and we’ll let them off. 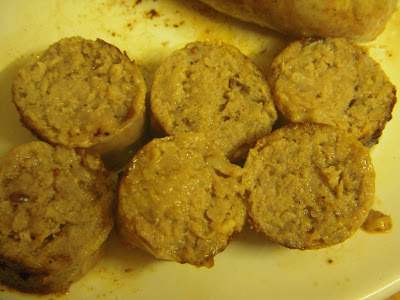 
Value For Money:
I’m sorry, but I don’t have pricing information for these sausages. You will definitely pay top dollar though, and that’s fair when you consider the outstanding quality. Give Matt Cocckin a call to find out! 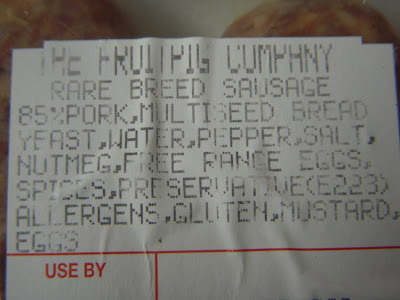 Through A Child’s Eyes:“Very nice, and I would eat more.” High praise indeed from the Seven-Year-Old Sidekick!
Posted by Rate My Sausage at 12:16