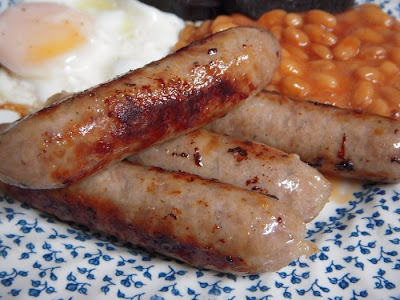 When I came up with the idea of Rate My Sausage at the end of 2009 the plan was to compare King’s Lynn’s six proper butchers’ sausages with supermarket varieties. Pretty soon I found out that I’d already made my first mistake – Lynn actually has a seventh butcher – Prior’s of West Lynn. I’d assumed that the West Lynn outfit was part of the same group as the Prior’s on Lynn’s Saturday Market Place but I was wrong! There is a connection, but the West Lynn shop is very definitely individual, and the boss, Chris Prior, joked that maybe he should change the name to Chris’ Quality Meats to avoid confusion. Judging by the groans and raised eyebrows of the boys chopping up the meat, this won’t be happening anytime soon. 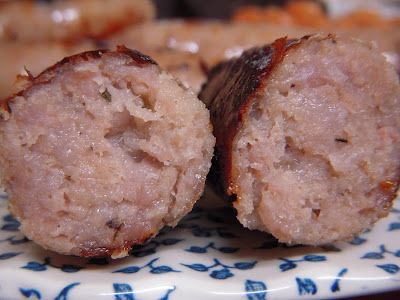 One thing I was “privy” to (the word is not chosen at random) was the smokehouse. Chris led me through the maze of rooms and prep areas and out into a small yard, which contained what looked like a tiny garden shed, or an outside loo. “The smokehouse must be round the side of that” I thought. I was wrong. It WAS the smokehouse (see pic near the bottom of the review). So I’ll call it quaint. The smell drifting out was absolutely mouth-watering though, and it’s no surprise that the bacon sides that are hung on that metal rail are gifted with such a rich flavour and aroma. 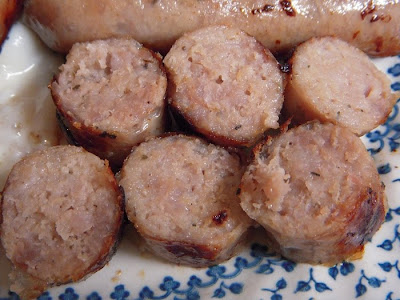 
What a hidden gem of a place! As well as meat you can find exceptional quality deli produce, a cheese-a-holic’s delight, pie-muncher’s perfection. Please click on the picture at the end of this refiew of their fabulous range of packs of meats, which are simply wonderful value for money, considering the quality of the produce. You can drive here if you want to, but I’d recommend using the Lynn Ferry service for an added element of fun when you visit – the shop is just around the corner from where the ferry docks. 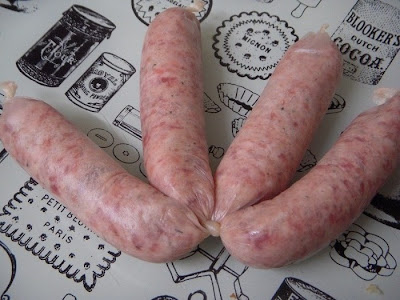 Meat Content:
80%. I’ll say right here at the very start of this review, these sausages are good ‘uns, and one reason for that is that the meat is not “perfect”. You can really tell that these are made of chopped up Little Pig Robinson; whether by design or accident, there are plenty of imperfections in the minced pork. We Like That a lot. We rate the meat content as “great”, some sausage fans may not have such robust taste buds....

Flavour:
There’s a lightness to the flavour of these sausages, but that doesn’t equate to bland. Far from it. These are NOT March Quality Meats-style bangers. The pork is allowed to shine through in these rustic bangers, and there’s just a hint of something else there when the meat’s been swallowed. I can’t quite work out what it is, but suffice to say that it’s tasty! 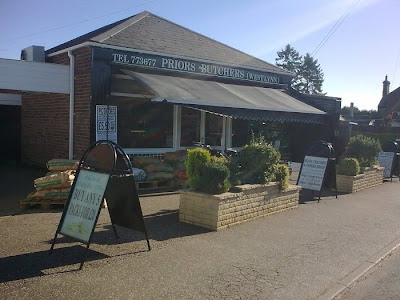 Texture:
Densely packed, feisty, bolshy, no messing with these chaps. When pulled apart you can see the very roughly chopped pork with some fattier pieces – regular readers know we like it like this. There were a few quite large chunks of gristle, probably not to everyone’s liking. Rather exceptionally, these sausages bond together very closely considering the coarseness. 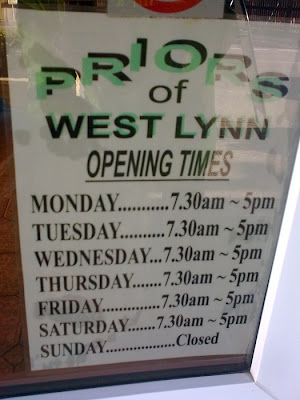 Praise the Lord Of The Sausage! A figure not between 23-25% at last. Lower shrinkage means more meat for your money, so well done Prior’s, good work! 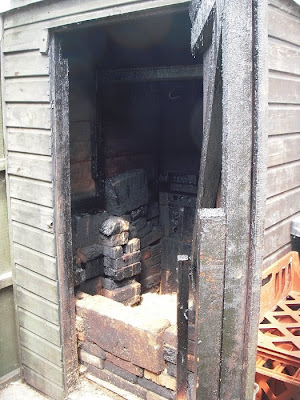 The Bisto Factor:
Cooked on a miserable, grey morning, the tempting aroma of these sausages found its way out of the kitchen and really perked me up. It may do the same for you, try it! 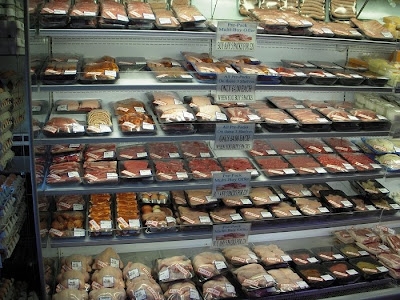 If I didn't live such a way away, I'd be in there like a shot. I really regret the loss of good bacon, even in otherwise excellent butcheries. It's nearly always bought-in pre-packed and it's not a patch on the real stuff.

Next time I'm down your neck of the woods I'll bring some of Chris' privy-smoked Best!

Another cracking review - I just assumed they were the same as the other one and hence didn't visit them when I came and sampled the other six :-(

Shame. Chris, of the West Lynn shop, and Clifford, of the Saturday Market Place shop, are cousins! Their dads were brothers, and started the shops.


I love finding out these lovely stories.