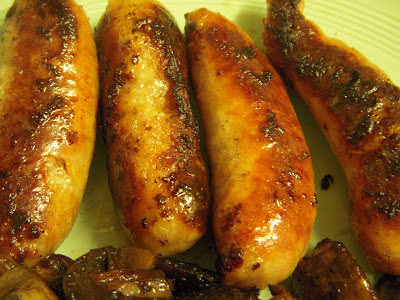 Vancouver Butchers is an extremely busy shop which you can‘t fail to find if you visit the shopping precinct area of King‘s Lynn (which is also, coincidentally, called the Vancouver Quarter. It‘s all to do with the chap who discovered and named the Canadian city of Vancouver….I think his first name was Dwayne). This shop is brilliant for stocking up on your meat, as they always seem to have offers of packs of fab chops, fillets, stir fry, you name it, and you can split them up yourself for freezing.


Vancouvers used to be - if I remember right - close to the bus station, but are now nearer the centre of town, between a clothes shop and a sewing shop. You must pop in next time you’re in Lynn, and if you don’t go home with some great meat I’ll be surprised! 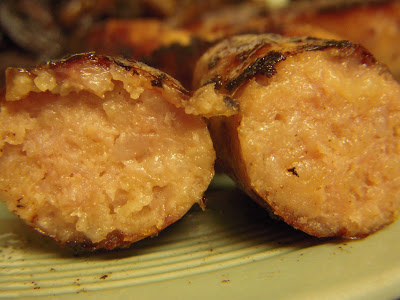 Meat Content:Sixty five percent! Check me out, I actually found out! These bangers are not the most meat-filled we’ve tried but they have a definite quantity of pig. Claiming 65%, you have to wonder at the Walls claim of 61.…the numbers are close but the sausages are an ocean apart….Vancouvers’ obviously have a decent lot of pork, Walls’ seem to have none. Good work Vancouvers! 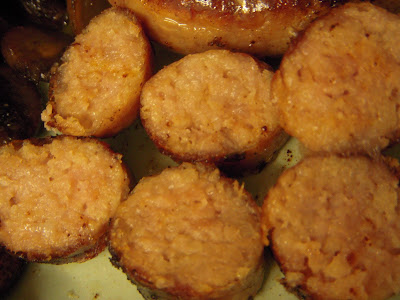 Flavour:Rather good actually. These sausages taste like a good memory, with a final kick of pepper. Warm, juicy, tasty.

Texture:Better than any of the supermarket bangers, these chaps are OK, but maybe slightly on the over-minced side. We like a chunky mince-isation here at Rate My Sausage and these were just a little too fine. Come on Vancouver, chop chunkier! Good, but could do slightly better. 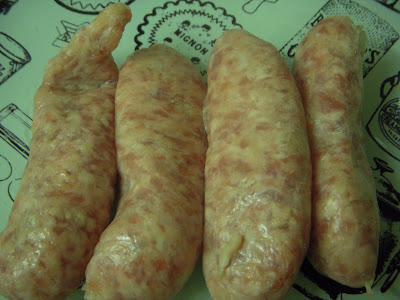 This is a bargain, buy some this weekend! 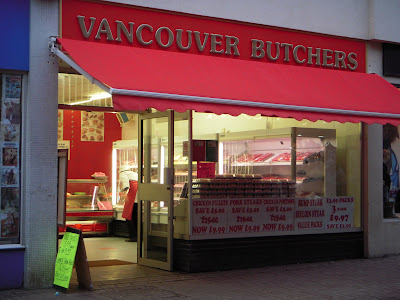 Have you tried the sausages at The Celtic Treasure Chest, Vancouver. They have less than 5% fat content. No additives, preservatives, nitrates or fat content. Made with pork, spices and herbs only. Min. of rusk for binding.
www.celtictreasurechest.ca

Thank you most kindly for the suggestion, Mr Irishman. Unfortunately Canada, much as I love the country from past visits, is a little far for a sausage collecting expedition.


However, should The Celtic Treasure Chest, Vancouver ( www.celtictreasurechest.ca )
want to send us some of their sausages for review, we will be more than happy to oblige!