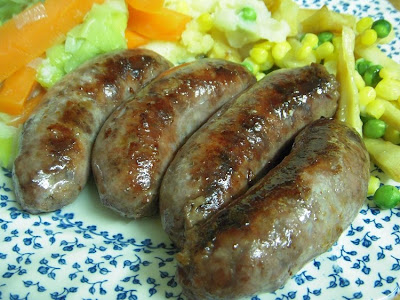 Venison. Nowadays this word applies only to deer meat used for culinary purposes. Back in the middle ages (think post-Norman Conquest) the word was used for most types of hunted meat, including swine, hares, and some goats (!) as well as deer. Did you know, when deer organs are used for meat they are known as “nombles”, which is believed to be the origin of the phrase “to eat humble pie”. 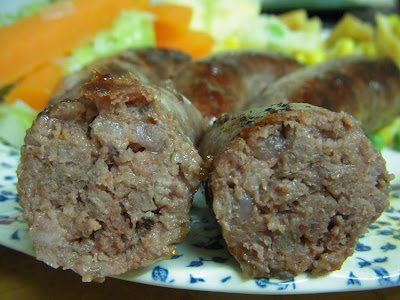 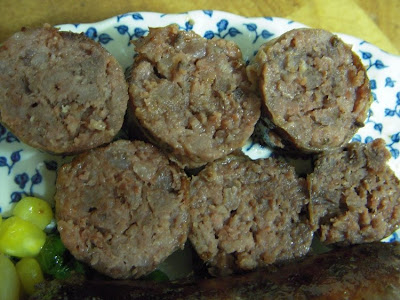 Meat Content:Is there really anything in here but venison? Is the orange forgotten? These sausages are absolute anvils of meat. You could carve one of these with a chainsaw and make a decent bookcase. Big bad bruisers in a sausage skin, don’t take them on unless you’re prepared for a taste bud battering. 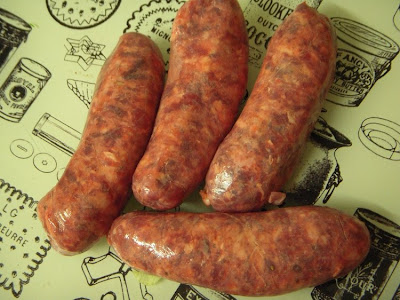 Flavour:I’d never tried venison before, now I’m a fan. These venison and orange sausages taste imposing and bursting with hearty, hugely delicious flavour. Sure, they taste like they are probably rather bad news for the arteries, but so more-ish that you keep scoffing anyway. After the over-powering bombardment of meat, i.e. about fifteen minutes after you start to chew each slice, comes the sweet counter-balance of the orange. Good lord. These sausages are.....are....ruddy amazing. They’d probably score higher than anything else we’ve tried so far. 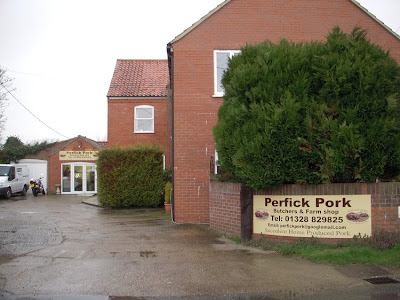 Texture:Simply put, these could well be branches straight off the deer tree – dense, fabulous consistency. The juicy meat is cut large, just check the pictures. And lots of big “bits” provide a simply lovely mouthful of meaty near-perfection. 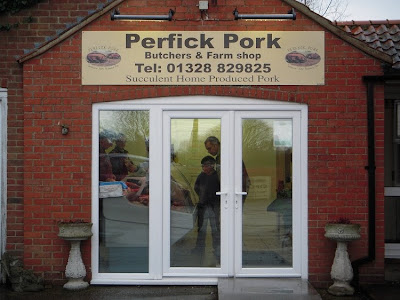 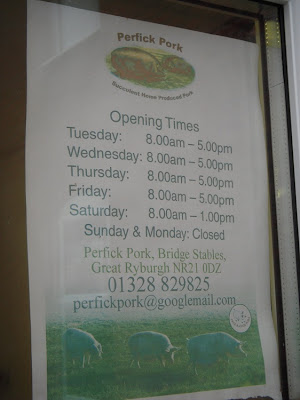