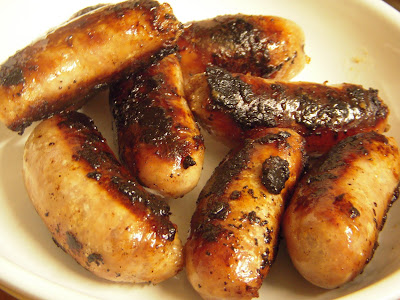 Grimes' is a family butcher's shop which you can find in the village of Gayton, near King's Lynn. Colin Grimes is an….experienced…..man. He’s seen a lot more of life than most of us. I reckon he’ll enjoy his free bus pass when he qualifies next year (that’s a fiver you owe me, Mr Grimes). Colin is the person you’ll deal with when you visit this excellent shop, and he made his first sausage when he was just twelve years old. He has an apprentice called……errrrm…..we’ll call him Darren. When you walk in Colin and Darren will be busy doing their butchers’ stuff. 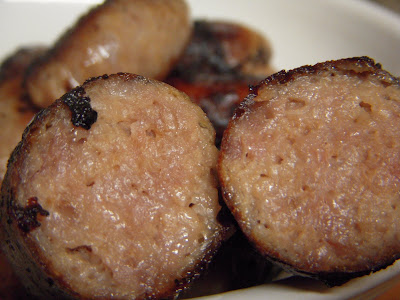 When I entered the shop I was met with a slightly different set-up for such premises. There was the usual cold storage front counter (known in the trade as CSCs, I am reliably told by Old Bob from The Woolpack - he makes them), but immediately behind that were butchers’ benches, upon which dead animals were being carved up to make meat. You don’t often get to see this bit of the business, as it’s done “out the back”, and it’s pretty fascinating. In the photo you can just about make out half-butchered meat on the table. 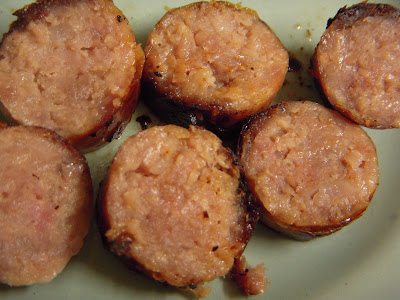 And. And it’s a big AND. And it was while I cooked Grimes’ sausages that I had a revelation. Look at the “uncooked” photo. Very little spare casing in between the sausages, and some already have the filling exposed. Therefore, when you cook them, the casing shrinks and the sausage meat bulges from the ends to make the bits we love the very best! Crunchy, bulgy bits come from small linking casing bits! You read it here first. If you want bulgy ends (don't we all, love), cut them off a bit harsher than you normally would. Another RMS Exclusive, we rock!

And so to the sausages….


Meat Content:
As so often, no official figure was NOTICED BY THE PURCHASER. Guilty secret here - I’ve had a tip-off from Sam Papworth (we reviewed their Champions recently), that it’s a legal requirement to display the meat content. I didn’t look for it, sorry, and haven’t gone out of my way to look for it in any of the other butchers I’ve been in. But the Grimes’ bangers had a satisfyingly carnivorous content. 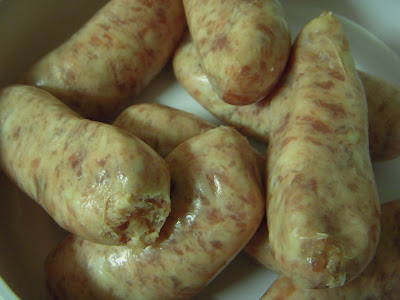 Flavour:Mmmmmmmm! Colin‘s porkies tasted old-fashioned, yet spot-on. I’d merrily eat these every single day for breakfast, I think they would be a perfect component of a Full English. In fact I might go back for more, just to see how a forkful of Grimes’ and garlic mushrooms goes down. Or a forkful of Grimes’, grilled tomato, and black pudding goes down. Or…..well, you get the picture. I rate these bangers.

Texture:Solid and safe. Not TOO meaty and therefore overly chewy. Definitely not full of pap, a la Richmonds. These beauties make a great meal choice, which I think would appeal to both the younger diners, and those of us who are a little more mature and really appreciate a properly crafted banger. 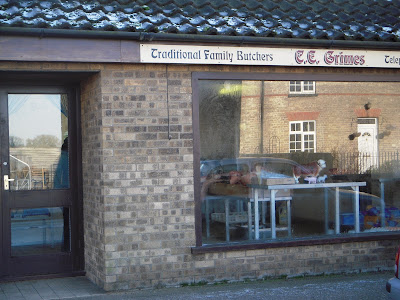 Fairly high, but these are probably made in an ages-old manner, when they didn’t even consider how much they shrinked. Shrunk? Shrank???? How much smaller they were after cooking. 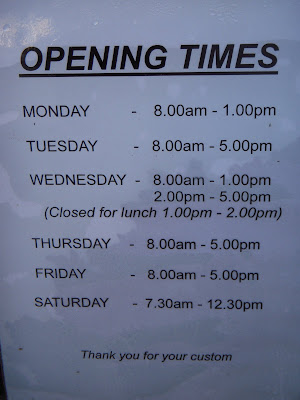 If you’re looking out for a sausage that is made how they used to be made, this is the one. Colin probably made his first links during The War, so he knows what he’s doing, and you can tell. Lovely, go get some!

Is Darren Meant To Be Carl ? There Sausages Are Bloomin Lovely :D

Welcome to RMS Bob. Darren may well be called Carl, when he's not under-cover. I didn't think to ask at the time.

I agree, their sausages were very nice.