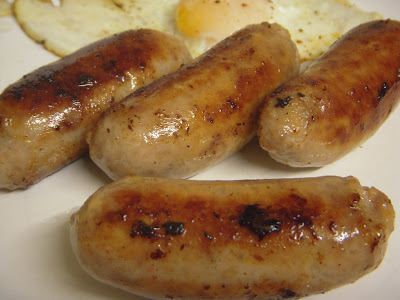 Wending my way home after another hunt for new and interesting bangers I chose to pop into a butcher that I’d spotted on the internet. I didn’t hold high hopes really, as the village of Melton Constable is a still-declining remnant of the glory days of the railways, cut adrift by Beeching….I assumed any business there would be clinging on by its fingertips. How completely and utterly wrong can you be?


The first hints that this was no ordinary butcher were the A-boards outside, advertising loudly that you could find chocolate-filled sausages inside. And wild boar ones. And a real ale variety. Next tip was the door screen – plain black mesh and apparently unremarkable….except that they’ve installed a false bundle of plaster “sausages” on the end of a length of twine, which acts as an endearing automatic door-closer. Fab. 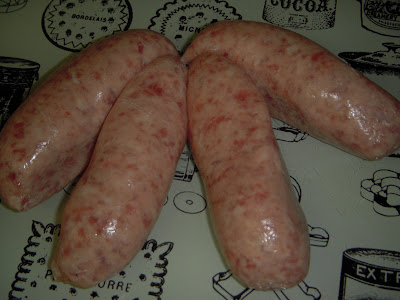 M&M Rutland is an absolute bloody belter of a butcher’s. Inside I found a beaming James Rutland behind the busy counter, reinforced by his three sisters, Kit, Carol and Tracy. Plus a couple of young Saturday helpers. They need a lot of staff I guess, because even in the time I was there the stream of customers was impressive – and everybody was welcomed and bade farewell by name, or by “title” if the name was not known – I was the only newbie.


Rutland’s carry around 35 varieties of sausage at any time. The trays of bangers in the cold counter looked so enticing that I would have liked to buy the lot. Impractical of course – for the time being anyway. We held a lovely conversation about sausages, meats, customer service, Holt, and “Miss Wong” (shame on you looking up naughty pictures on the Net – you know who you are!).


So, in summary, GO TO RUTLAND’S! How were their bangers? Read on…. 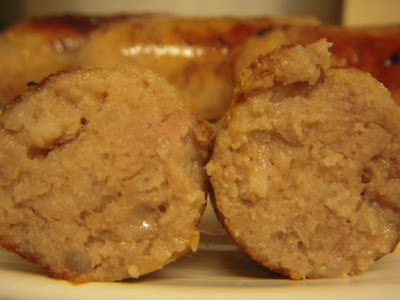 Meat Content:
85% they say….so have some of the other butchers whose sausages we’ve sampled. This is without doubt a hearty 85%, whereas some others have possibly used a little poetic license? Rutland’s only use Gloucester Old Spot pork, locally reared around the Melton Constable area, and the meat in their Traditional Pork bangers is obvious to see, to cut, and to eat.

Flavour:
The pork is quite a light flavour here, and Rutland’s just let the meat do the talking. The seasoning is spot-on, bringing the best out in the minced pork, boosting its flavour but not over-powering it. I was truly impressed with Rutlands’ “standard” pork sausage, one of the best that Rate My Sausage has tried so far. 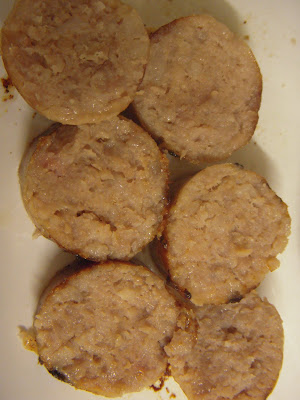 Texture:
For a start, the casing is excellent, I think you can cook these however you wish, to make the wrapping just how you like it. I deliberately crisped up some parts and left other parts to do their own thing, to see how the casing would behave. Lovely. The filling of these sausages is firm yet crumbly, both on the knife and in the mouth, with just enough resistance when you chew into them.

Not a bad figure for these solid little sausages. 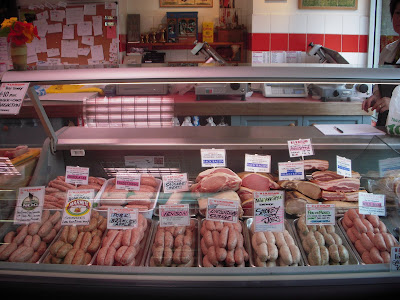 
The Bisto Factor:
I don’t often feel that our sausages merit anything under this title, but Rutland’s Traditional Pork sausages filled the whole flat with a mouth-watering aroma which made me impatient to get stuck in to them for breakfast. Yum, and indeed, yum. 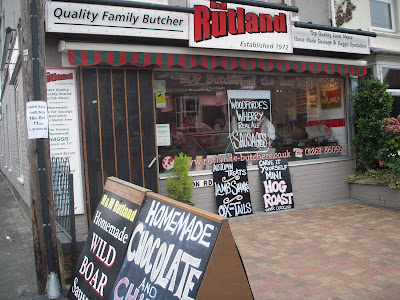 I've eaten vegetable stew with chocolate in, and couldn't actually taste it but the choc made it incredibly rich. Too much so, really.

Z, chocolate in a savoury meal is eccentric at the least - Seven-Year-Old Sidekick has dabbled with it on his home-made pizza.

And Affer, as I've said before, it's a tough job, etc. Rutland's is a FANTASTIC butchery, if you're ever anywhere near while out on Le Elefant, you must pop by. Tell them Rate My Sausage sent you!

I can't help thinking however good, £9.58/kg is a bit steep for what is basically pork and rusk. At the moment pork is relatively cheap in the shops, so what is it that makes a humble meal, an expensive one?
You will not know, but I am a pensioner, and although I do like quality, I do not like being taken for a ride. My latest interests now are home made Faggots and best of all, when you can find them, real White Puddings. (The English variety of course).
Cheers.....Bernard

Thanks for your views, all are appreciated. You're right, sausages are (or should be) mostly bits of minced up pig - but which bits of pig and the quality of those pigs really makes a difference.

Ears, lips and bumholes, or high quality cuts? Pigs bred in concrete, dark barns, or given the run of acres of fields?

Keep us up to date with the white puddings, we've got somebody else who has promised to provide a report on the black variety....(Housey?).

As with most things, you gets what you pays for. I think I'd prefer to buy three "proper" bangers instead of four cheaper supermarket jobbies.

Do come back and keep up with our fearless investigative work!