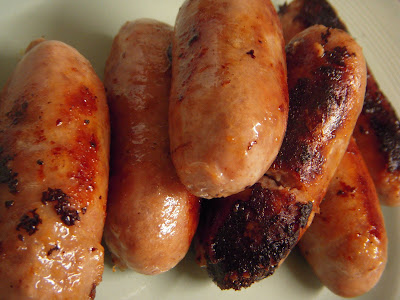 E H Prior is a proper butcher‘s establishment with premises in Dersingham, King’s Lynn, and at Knight’s Hill Farmshop. Highly regarded among my fellow foodies at The Woolpack pub, Prior’s have a local rep of producing great quality meat products from local farms. When I first visited I was afforded a slightly guarded but eventually open and informative chat about sausages. I’ve mentioned the Prior’s butcher HERE. I would love to mention the other seasonal “specials” on offer at Prior’s which look bloody lovely, but with this being a banger blog, p’raps not. Unfair on the retail sector maybe.


Prior’s have a website of sorts, although I personally can’t get it to do anything much: PRIORS


So how would their sausages rate? Will they match their good reputation? They certainly weren‘t dirt cheap, but equally not expensive - in fact only the “lovely” Richmond‘s were cheaper per kilogram so far. Don’t let that put you off - in fact, it should encourage you to try these hand-made, Norfolk-crafted lovelies. 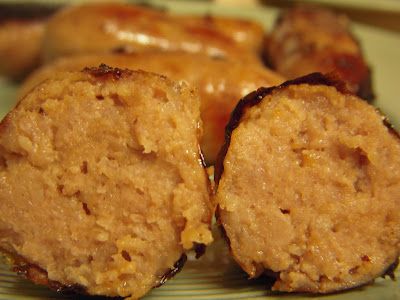 Meat Content:No exact figure given, but they taste a darned sight meatier than Richmonds and Sainsburys. The butcher told me that they use “local pork” and I think I’m starting to recognise the differences between fillings much more readily. These sausages contain “quite a lot” of meat, and you can tell. Excellent.


Flavour:
Chewy, chunky, and the flavour took me straight back to the bangers my Mum used to serve up when I was a nipper - Friday tea-time, Crackerjack with Peter Glaze and Don McLean on the telly, and bangers and mash with thin, runny gravy. That’s a great memory, and these taste like a proper, grainy, perfectly seasoned sausage, worthy of the comparison. My Mum would love these!


Texture:The picture doesn’t do this sausage’s texture justice. It cuts very nicely, aided by casing that crisps up jolly nicely. On the short side at about 8 or 9cm, six slices still held themselves together stoically. The firmness of the filling leads to lovely chewing with the occasional crunch through crispy casing as an added bonus. As a meat-based tribute to Bernard of Norfolk, who retired recently, I’d describe these as Bootiful.


Overall:A really good sausage at a very reasonable price. Get some! 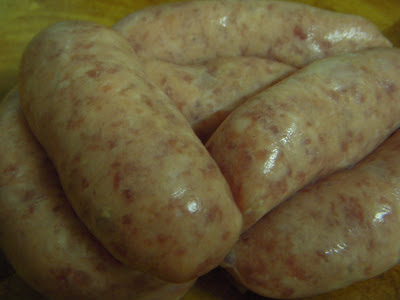 I want the one, fourth from the left! It's just oozed from the skin and....

Hand-made butcher's sausages are rarely the same twice, but then again, rarely dissapoint! These look real beauties, and there is something about a butcher's jobby that is wonderfully porky !

Good choice Affer, this specimen split right around. I am all for differences after frying.

Disgusting! Felt sick for hiurs after eating them,rest went in the bin. Wouldn't even feed them to my dog. They're not even cheap. NEVER again.