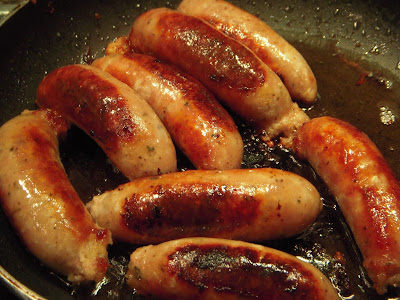 Where to start with this well-known, well-loved Lincolnshire butcher. Speaking with uber-Stan Dan Mitchell I found out so much about this business. To discover the full, fascinating history of this company click this link and then select, obviously, the “History” section – ODLINGS

As a brief summary the firm started in 1920, so they are busy planning some special celebrations for their centenary in a couple of years time. Starting off selling just pots and pans, this grew into a hardware shop with a few meat products on the side, and then blossomed into the splendid village butcher that you can visit today. And visit you definitely must! 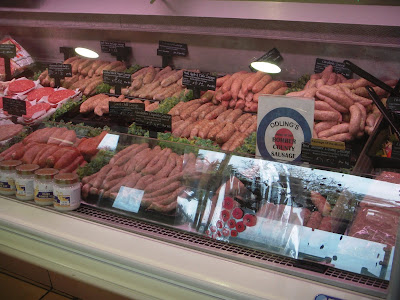 Where To Find Them:
Navenby is an attractive and ancient village in Lincolnshire, dating back to the Bronze Age, around 600BC. It was also a garrison staging point for Roman forces marching up and down Ermine Street. The wide main street is evidence of its more recent history as a market town, with a charter being granted by Edward the Confessor in the eleventh century. More recently a more saucy side of the village was revealed when Lawrence of Arabia wrote “I'm too shy to go looking for dirt. That's why I can't go off stewing into the Lincoln or Navenby brothels with the fellows.” He was stationed at RAF Cranwell near Sleaford at the time.

Odling’s shop is located on the High Street in Navenby, if you drive slowly you can’t miss it – and as a bonus they have their own large car park just across the road, what more could you ask for? If you’re using SausNav it’s LN5 0ET.

If you can’t travel to Navenby the good news is that Odling’s deliver in the local area. Many years ago they ran a fleet of seven vans but nowadays it’s just the one, with various different routes around the area, depending on the day. Either see their website for details or call on 01522 810228. 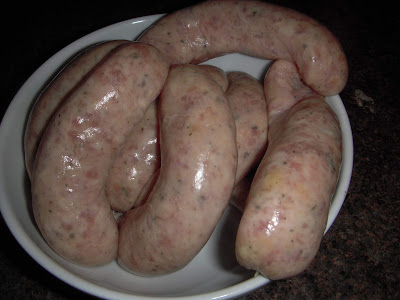 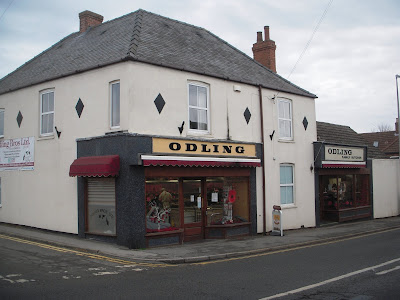 Stanwatch:
I didn’t spy any Stans during my visit, but was pretty involved in conversation about all things meat-related with Dan Mitchell. A very capable, articulate butcher, you could do worse than ask for his personal assistance when you pop in. Cheers Dan! 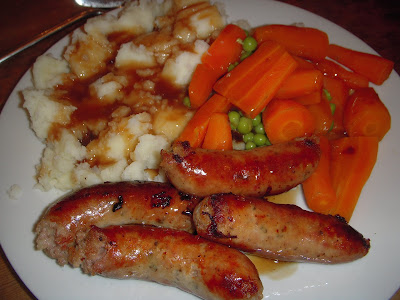 Flavour:
Briliantly balanced seasoning sets off these lovely sausages to a tee. The first word I wrote in the review notes was “delicious”, which is a fair one-word summary. The flavour is deep, dark and addictive, very faithfully Lincolnshire with a decent sage-y taste backed up with obviously high-quality pork. No ears, snouts or tail in these bangers, it’s all killer no filler. I asked for the recipe hoping to catch Dan off guard, but as usual it is “ancient and secret”. Bah. 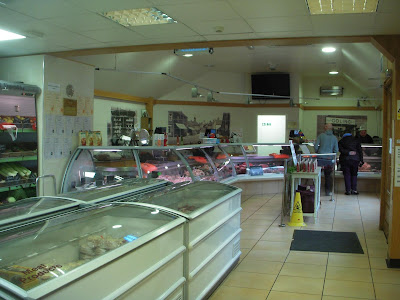 Texture:
I have to say I was not overly impressed with the texture, but that’s because I am extremely picky. The filling is quite fine and I prefer chunky – the bigger the better. Indeed a Lincolnshire sausage is traditionally chunkier inside than most. The skins were not very snappy either, which was a surprise. Blobs of filling oozed from the ends during cooking which I absolutely love. However, don’t let my own personal preferences stop you from trying these bangers, I think 99% of the population would bloody love ‘em! 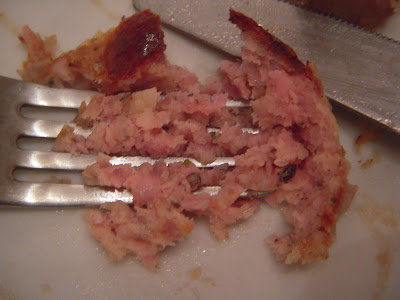 Odlings source their pork from Porters, a high quality producer, also based in Navenby. If you’re trying to reduce your food miles then you can’t get better than that. Also, their beef is reared in the neighbouring village of Caythorpe, again excellent green credentials. Porters  also supply some of the other producers of top quality sausages in the area. 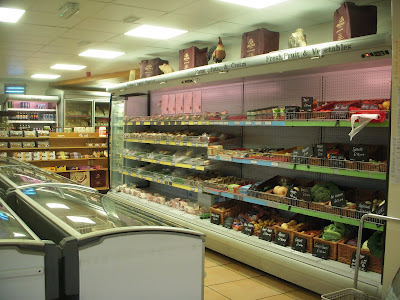 Value For Money:
£2.88 for 8 sausages weighing 466 grams. This works out as £6.18 per kg and 36p per banger.
We rate this as brilliant value for money, unit price is quite a bit lower than many comparable sausages. Do yourself a favour and buy some as soon as you can.

The "Aah, Bisto" Factor:
Superb aroma in the pan, one sniff will take you straight back to teatime in 1977 when mum was frying your tea as you watched Blue Peter. Or Magpie. 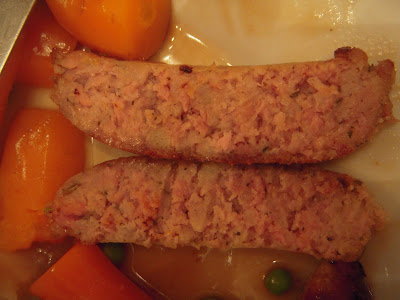 The Imaginatively Titled Next Day Cold Sausage Test:
There was only one survivor from the eight brave bangers who jumped into my frying pan the night before. One survivor. And Ruth nicked it.....

She says “The taste was really nice, just as good as when they were hot and texture was a bit firmer cold.  Overall very nice”. 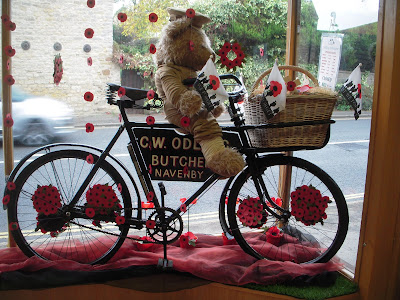 And Finally, Esther:
A tasty Lincolnshire banger which is also great value. You’d be (Christmas) crackers not to try some.