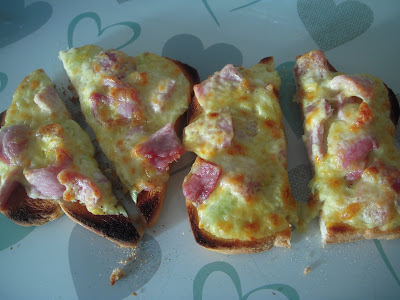 Cheese on toast is simple and standard right? Well, apparently not, there are a myriad different ways to produce this delicious snack. 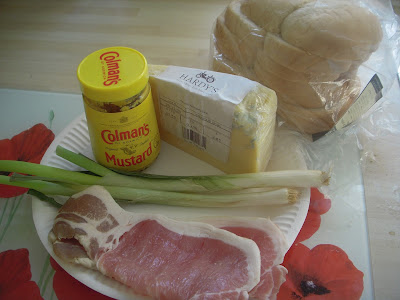 Our first attempt was a simple slice it and grill it version, now we're going to explore a few other methods, the first of which is by the Huff Post website – you can find their recipe here: 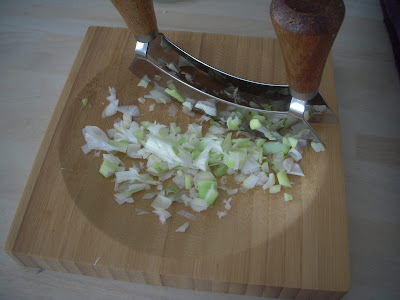 Who knew that there was a scientific formula to produce perfect cheese on toast? Well the British Cheese Board did because they produced it in 2013. This version, unsurprisingly, turned out to be more labour intensive than the first but rewarded me with a tastier and heartier end product. 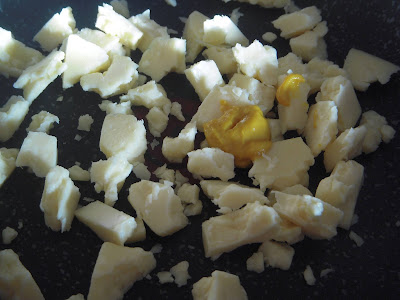 There was more to do, but it wasn't difficult, even for a culinary pedestrian like me. Anyone can crumble crumbly cheese, chop spring onions and dollop some mustard. It was lovely watching the cheese mixture melt and coagulate in the pan, but the specified “microwave bacon on kitchen towel” idea is something I will not be trying again, as it produced rashers coated stickily with the paper, yuk. 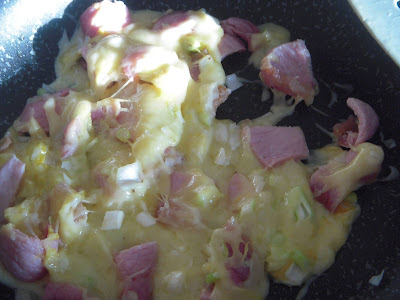 Overall it was a very tasty end result, putting the Huff Post recipe top of the table so far.

Ah, the description of using paper towel was wrong, minorly but crucially. Put the bacon and a plate and cover loosely with paper towel, then microwave. I can't remember the timing but let's say 10 seconds a rasher, though it might be 20. Then take it out, soak up the nasty salty liquid with the paper towel, then fry the bacon.

If you microwave the bacon for longer, soak up the liquid and discard the towel, then put another piece on top and microwave again (this stops messing up the microwave with spittings.

Even better, cure your own bacon. After a week, you will have superlative rind for scratchings and fabulous bacon that gives off no nasty water.