The tasting teams are full up, 90 chipolatas wrapped in streaky bacon have been tried and tested, and the results are now in for Newark's Best Pigs Blankets 2020. 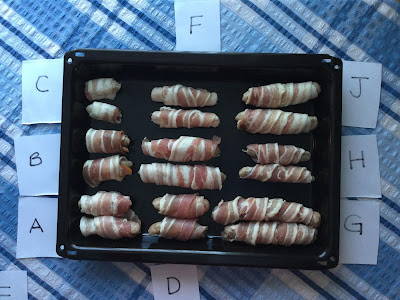 We'll reveal the winners in a moment but first how did we decide? To begin with a testing panel was recruited, five sets of people with enthusiasm and a big appetite. The next step was to collect samples of chipolatas and streaky bacon from nine sources in and around Newark. These were divided into bags with just one letter written on so that the testers would have no idea which product was which. The teams assembled and cooked their PIBs and judged them on three criteria, Flavour, Appearance & Aroma, and Texture, with scores awarded from 1 to 5 in each category. And now the results are in... 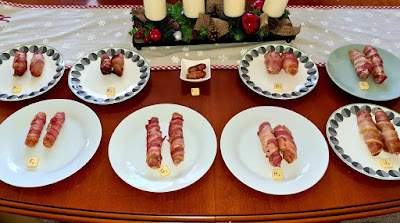 Particularly interesting is that the pigs in blankets from “proper” butchers occupy the top seven positions, and the two supermarket bought samples trailed in eighth and last. Surely that must tell you something – shop local, buy meat from a butcher and not a multi-national corporation! 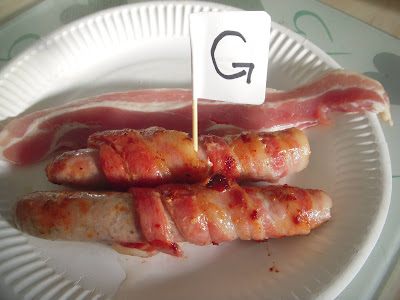 The sausage looked a bit ‘coarse’ and meaty which we liked; it was nice and filling.

When the family tried them this was their favourite.

Well balanced, best one by a country mile. 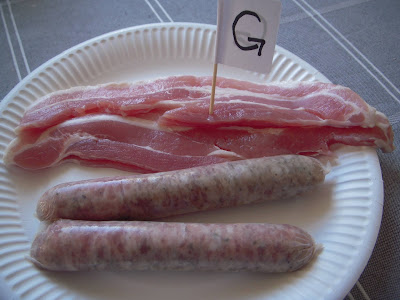 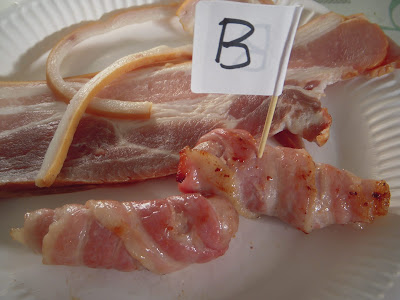 Probably the best bacon that we sampled. Good size sausage that you want for a pig in blanket so you can have a few.

Plump out a lot in cooking.

Fantastic and amazing taste, for me they were superior in every way, amazing smell, incredible taste and an appropriate and nice size as well. 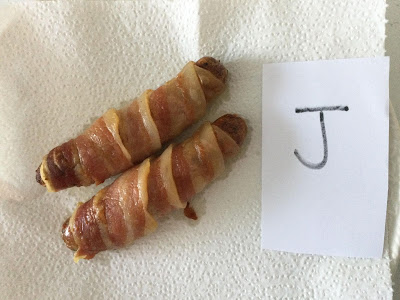 
Fourth to Seventh, all with similar scores came Richards Quality Meats (Newark), Cottiers (Balderton), Porters (Newark) and Doncasters (Claypole). Just outside the podium places this year but still really nice products, and much, much better than the supermarket. Some sample comments: 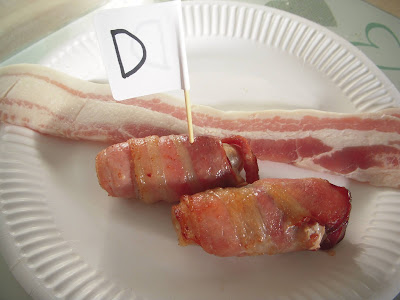 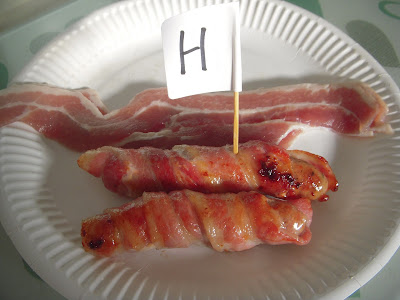 The bacon crisped up nicely and had a smoky aftertaste. 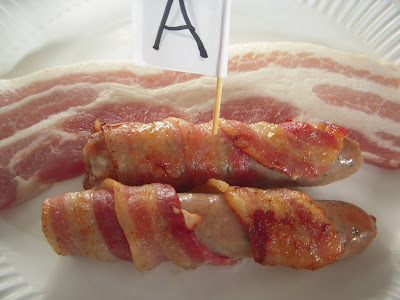 Sausage is lovely and flavoursome.

Evenly cooked with a nice texture. 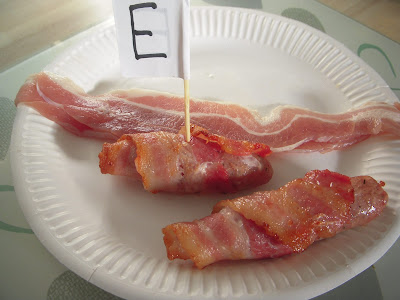 These were my favourites and I'd definitely go out of my way to purchase both the chipolata and the streaky bacon.

So there you have unbiased opinions on seven pigs in blankets from seven butchers (sounds like a terrible title for a Broadway musical). The final two places were as follows: 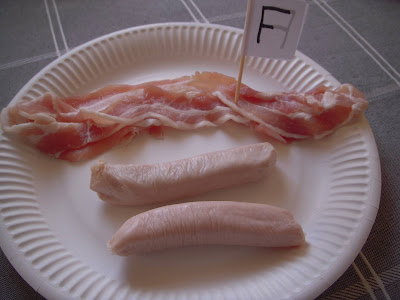 You said not to be defamatory so I shan't say anything!

It was very thin so easy to wrap and crisp up and this made it look deceivingly more appealing. The sausage was quite bland and didn’t change colour much from being raw to being cooked. 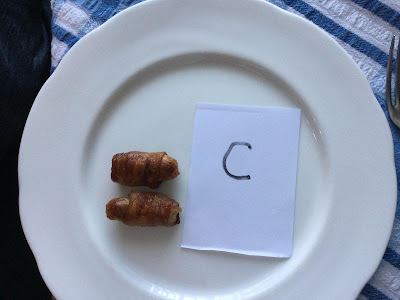 Surprised me as I would call it a cocktail sausage not a chipolata.

So tiny, these are what I'd imagine you'd get in a ready meal Christmas Dinner.

Would look better on a stick on a buffet.

Wouldn’t have these again, a bit nondescript. Younger samplers described them as a bit gooey. 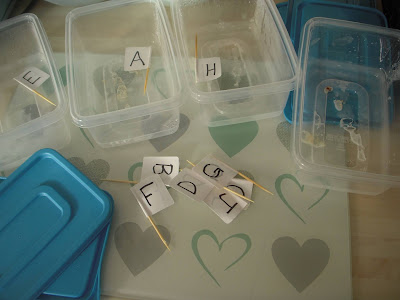 They think it's all over....it is now. Buy your meat from a quality local butcher and not the supermarket!

Great to see you back posting. I enjoy your blog. Keep up the great work.