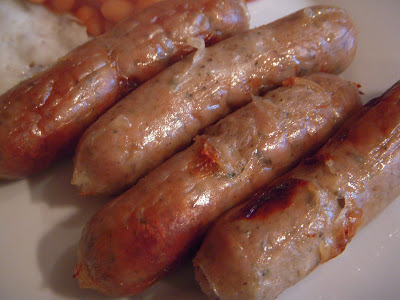 It's part seven of our Lincolnshire sausage season and our first trip down the polished aisles of the supermarket. Sainsburys supermarket to be precise, last week voted seventh out of nine in a UK consumer satisfaction survey by Which? Magazine. I have to say that I don't think I've ever had a really bad experience with Sainsburys so I am judging from a neutral and objective platform....but it would take a really good supermarket banger to match up to even a run-of-the-mill butcher's version. We shall see.... 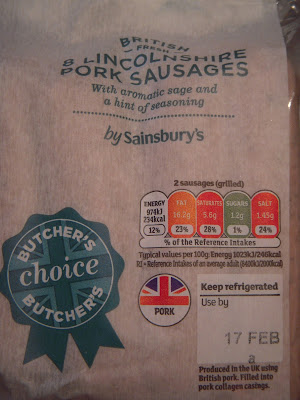 There was recently an enlightening piece in the Daily Mail online featuring Sainsburys and their sausages, you could do worse than to spend a few minutes reading the whole article here: Shrinkflation

I have also trailed this review a couple of times on Twitter and the Sainsburys social media team have been very efficient, going as far as to offer me my money back for dissatisfaction. Thanks for your efforts Allie and Steven but a refund won't be needed – just maybe an apology to mankind for inflicting these sausages on humanity. 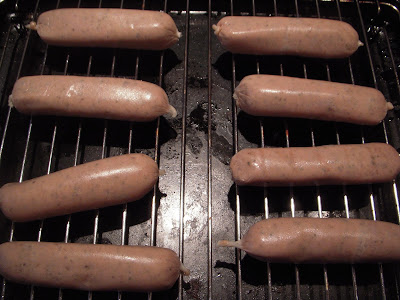 Where To Find Them:
Very much like rats, you're never far away from a Sainsburys store. As of March 2016 there were 601 supermarket-size stores and 773 convenience stores in the UK, and I'll be blowed if I'm listing them all here. 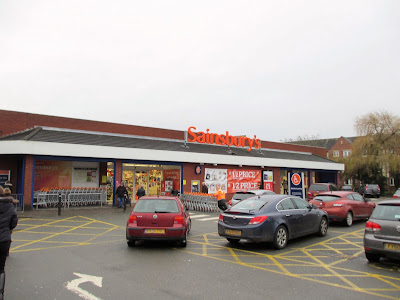 Stanwatch:
You find supermarket sausages in chiller racks on the meat aisle more often than not, although often there are token butchery counters which contain the same stuff as the shelving units. In the Sleaford branch there is no separate butchery counter so even the pretence of in-store prepared meat doesn't exist. No stans.

Flavour:
Way too much salt and no noticeable herb content. The ingredients list quotes salt, sage, “spices”, mace, white pepper and ginger but there must be tiny quantities of all but the NaCl because you just can't taste them. Not quite as bad as a greasy spoon cafe sausage, but not far off. 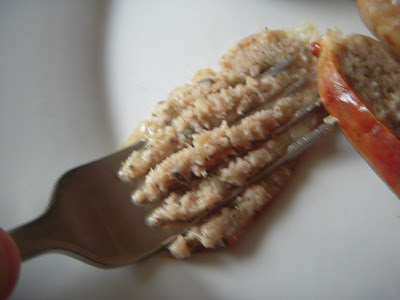 Texture:
When you open the pack it appears that four Borrowers with terrible haemorrhoids are mooning at you. As flaccid as anything prior to cooking but improved a little in the grill as some semblance of texture emerged. The filling squirted at a great pace through the fork – not the finest (in terms of chunkiness OR quality) filling ever but the worst by a country mile of the Lincolnshire sausages we're currently reviewing. The awful filling is matched by the dreadful collagen skins which either dissolved and disappeared or turned into chewy papyrus. Fairly unpleasant. 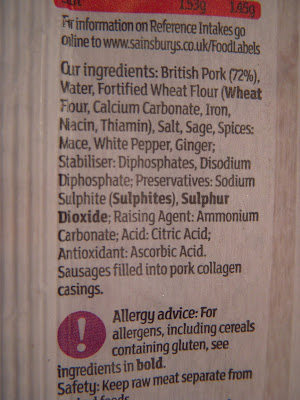 We rate this as poor value for money. Cheapness does not necessarily equate to good VFM.

Three Word Verdicts*:
Junior Sidekick: “They're all right as filling in a bap”.
Ruth: “It's a cheap meal for those who need a cheap meal”.
JP: n/a

* Three word verdicts did, once upon a time, consist of just three words. 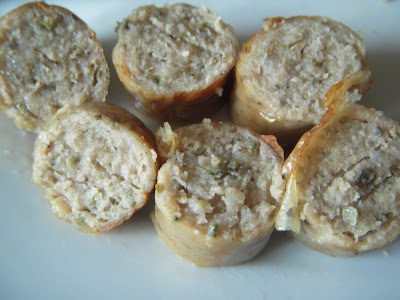 The "Aah, Bisto" Factor:
Zero discernible aroma from opening the pack to eating.

The Imaginatively Titled Next Day Cold Sausage Test:
You think there will be any sausages left from a pack of eight when Junior Sidekick is around? Ha! No chance. 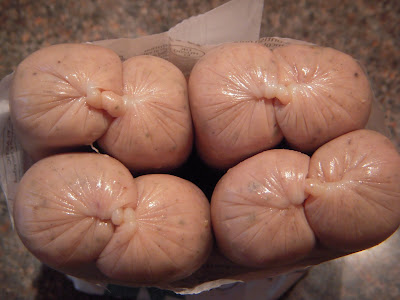 And Finally, Esther:
These items are rated at 3.6 out of 5 on Sainsburys website – I expect this score will slide when I add my own opinion. Low price does not automatically equate to good value. I wouldn't recommend these to anybody. 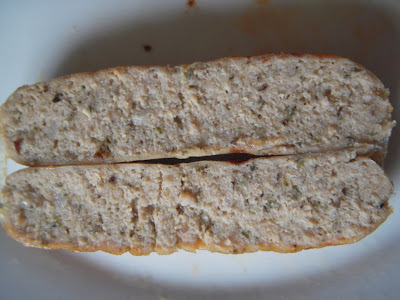