Our third Bostonian butcher is Lyell's, and if Rate My Sausage judged purely on warmth and helpfulness I would have to close down right now, because these people are unsurpassably lovely. But we're not, so I won't, and I'll stick to the more traditional “eat the sausages and give an opinion” method. You're not getting rid of us yet. 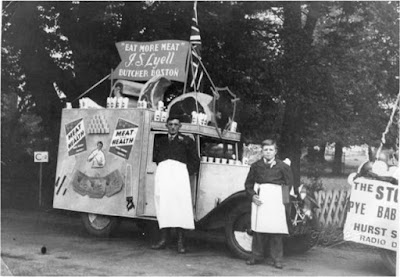 While I was lurking in the shop in true RMS fashion, a little old lady shuffled in through the door. She made her order, which was assembled and placed on top of the counter, but as she reached for her money she dropped loose change and a couple of cards onto the floor. Before you could say “One time they were just like you, Drinking, smoking cigs and sniffing glue” (name that tune!) the lady serving was around the counter and helping to pick everything up. Lovely! Real heart-warming stuff. 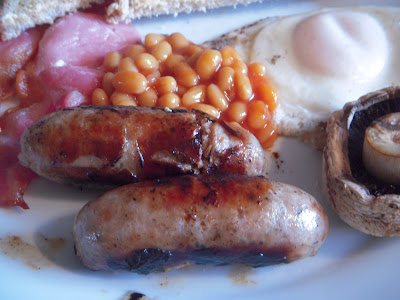 Where To Find Them:
Physically – Lyell's can be found on Wide Bargate in Boston, which is a little one-way street running along the side of one of the huge open market places in the town (there are two). You can park on this market place every day except Wednesday. If you're using SausNav the postcode is PE21 6SR.


Virtually - http://fmlyell.co.uk/ You really must check out this website, if only for the superbly evocative “About” section which tells us about the history of this business since it began in 1869. What you won't read on their site is that they can trace butchers called Lyell back to the 1500s (in particular Brian Lyell). 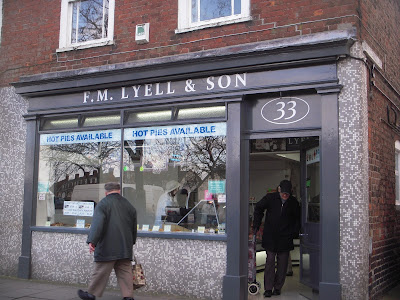 Stanwatch:
I visited when there was just one lovely young lady behind the counter. And also the shop is being revamped, so maybe everyone else was busy elsewhere? 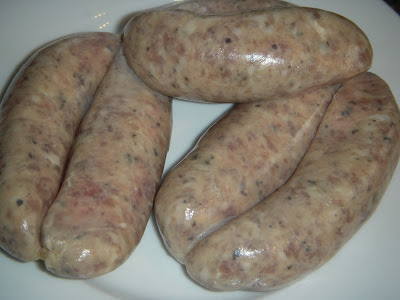 Texture:
Very pleasing. These chaps firmed up splendidly in the pan. The Squish Test (squashing the filling through the tines of a fork) gives a great result, no gruesome goo sticks to the fork and the filling re-grabs hold of itself when you move the cutlery away. This sausage falls apart beautifully in the mouth, perfect tiny nuggets of flavour burst apart for a great eating experience. The only slight let down with these bangers – and it is very slight – is the skins. They're good. But I want them to be miraculous! 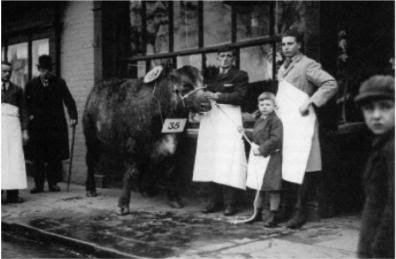 Flavour:
You only get one chance to make a first impression, so they say, and the first impression here was “Niiiiiice flavour”. It's sagey, sage abounds, while the pepper lurks complementarily in the background, like Dec behind Ant. The pork is very good, it's sweet and adds meaty lightness, and this is an altogether well-balanced Lincolnshire sausage flavour. Very good stuff. 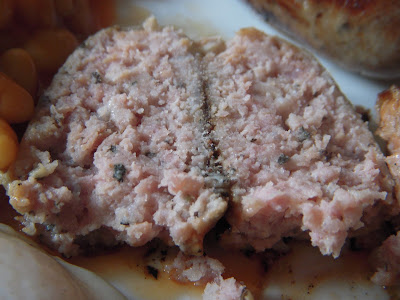 We rate this as really good value for money.


Junior Sidekick's Three Word Verdict:
The wee chap had tonsillitis so was unavailable for reviewing duties. 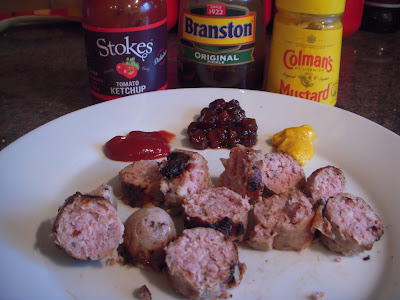 The Imaginatively Titled Next Day Cold Sausage Test:
“A-ha”, I cried, “You two are going in the fridge for me to eat tomorrow morning!”.

”Not if I get there first” said Ruth. And so it was that I hid the cold bangers in the fridge, under the grapes, behind the cauliflower, and therefore safe.

I tried them with Stokes Sauces ketchup, Branston pickle and Colman's English mustard. The ketchup combo was tasty (can't go wrong with Stokes), the mustard was hot and hugely flavourful, but the best pairing – surprisingly to me – was the Branston pickle. The Sunday-tea sweetness of Branston cuts the sagey sausage flavour at a perfect right angle. Fabulous. Branston Pickles – you were right all along. Weirdly the leftover sauces resembled a recently elected leader.... 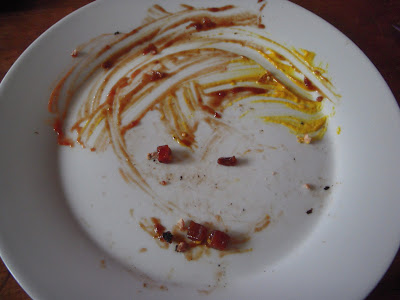 And Finally, Esther:
Quality bangers from a quality local butcher. We heartily recommend! 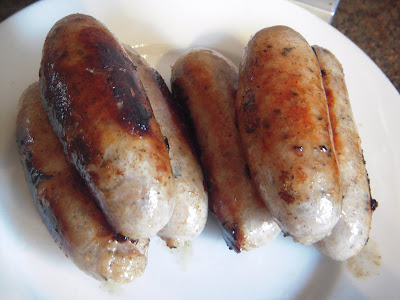