Our second Boston butcher, and they have their work cut out to match up with Bycroft's bangers. Carl Dunham's is a small, family concern with a loyal local following, and pride themselves on providing quality Lincolnshire favourites, such as haslet and of course the sausages, our raison d'etre. Online reviews of Dunham's are generally very good so I was looking forward to road-testing their produce. 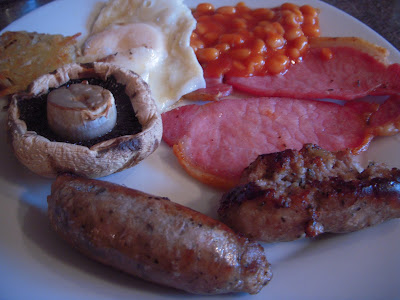 Service in this spotless shop was fast and polite and there was a steady stream of punters in and out while I was there, surely a good sign, although this may have been inflated as Wednesday is market day in Boston. “Go where the locals go” is a top tip for travellers abroad, and there was no short supply of Bostonians in Dunham's. 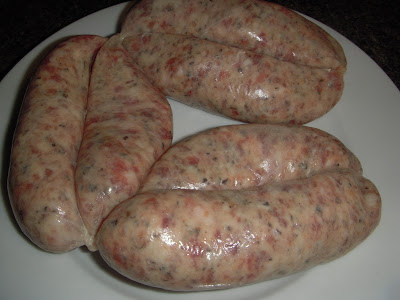 Stanwatch:
Several whitecoats beavering away in the wings, we approve!

Flavour:
More sage-y and less pepper-y, which is grand for a Lincolnshire sausage. I found these to have a “dense” taste with not a lot of subtlety going on – everything hits you in one unsophisticated wallop. Flavour-wise they're more reminiscent of a good quality supermarket sausage, but other factors raise them above that level.

Texture:
One of these sausages tried to murder me. Honestly. The pan was warmed, the sausages were inserted, and a couple of minutes later KER-BLAM! Yes, like a speech bubble in a sixties Batman episode, there was a loud pop stroke bang and one of them had blown itself to pieces. At the time of writing there has been no claim of responsibility from so-called Islamic State. Look at the picture. The poor sod didn't stand a chance. Despite one of these things trying to kill me they are rather more filler than killer. The texture appears OK when you slice through but it's a bit claggy, it's somewhat stodgy. It doesn't cope well with the the back-of-the-fork squishing test. Far from the worst ever but could definitely be improved. 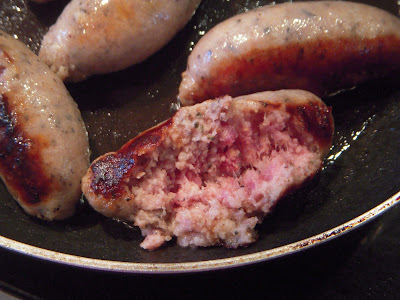 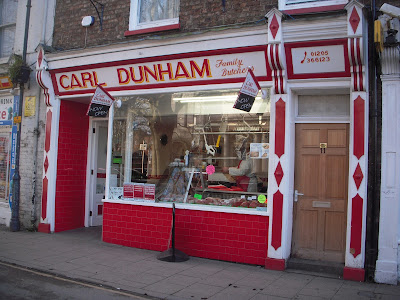 The "Aah, Bisto" Factor:
There wasn't much of a tempting aroma during cooking, but there was no way I was putting my schnozzle near to the pan for a better sniff! Not after Banger-geddon.

The Imaginatively Titled Next Day Cold Sausage Test:
We only bought as many as we needed so couldn't comment on how well they survive a night in the fridge.

And Finally, Esther:
You could do worse than popping into Dunham's for your Lincolnshire sausages, but you could also do better. Still miles better than a supermarket sausage. 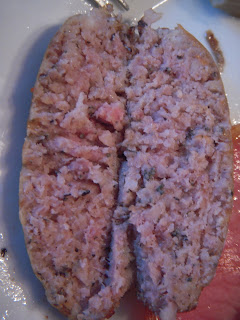 Banger-geddon, I love it. The exploding sausage had me laughing out loud, thank you for that.