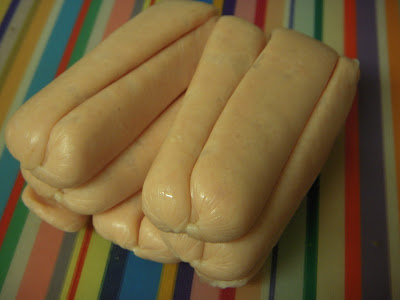 Another fearless foray into the economy section of the supermarket sausages chiller. This week we take a look at Asda and their Butcher's Selection Pork Sausages. These things cost just £1.00 for a pack of 12 but alarmingly they were not the cheapest bangers in the cabinet!


As for the "butcher's selection" tag, which butcher did they ask to select these foul articles? My guess is Terry Butcher, who probably still has no sense of taste or smell since Sweden away in 1989. Kudos to Terry the Legend, but we're less than impressed with the sausages.... 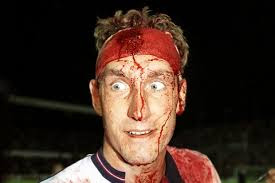 Where To Find Them:
Asda is all over the place, like snot-droplets at a hay fever drop-in centre. It pains me to do this but check out their website to find your local outlet: Asda 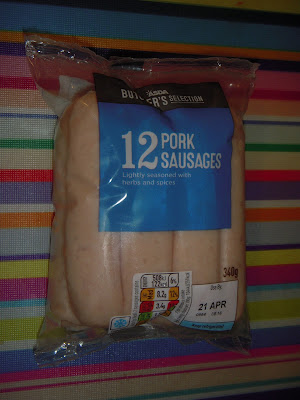 Definition: "ADJECTIVE
1
Lacking strong features or characteristics and therefore uninteresting:
bland, mass-produced pop music
More example sentencesSynonyms
1.1
(Of food or drink) unseasoned, mild-tasting, or insipid:
a bland and unadventurous vegetarian dishstandardized bland beers of mediocre quality
More example sentencesSynonyms
1.2
Showing no strong emotion:
his expression was bland and unreadable
Another virtually flavourless offering from the multi-national sector. See the definition of bland just above? These "sausages" are bland in capital letters. More bland than the Lighthouse Family's back catalogue. Admittedly they are slightly, marginally, fractionally better than the Tesco Value horrors that we reviewed recently, but that is purely because they added a tiny pinch of salt into their mix. So the difference is comparing "no flavour at all" to "the tiniest bit of flavour". 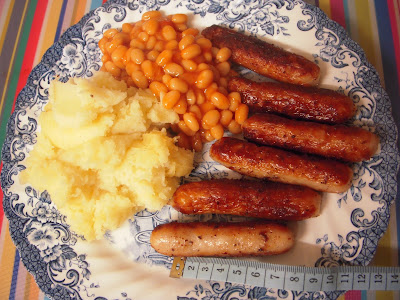 Texture:
Soft and mushy. As expected but still disappointing. How can companies peddle this kind of rubbish? And the size - how can they try to fool people into thinking these really are sausages when they are actually small-ish chipolata? On a pack labelled "sausages" you'll surely be expecting something bigger than this? Have a look at the six-slice picture.....those are NOT giant stunt beans, they are regular bog-standard baked beans, but make these Asda sausages look pathetic. 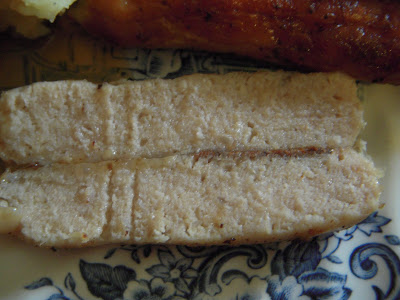 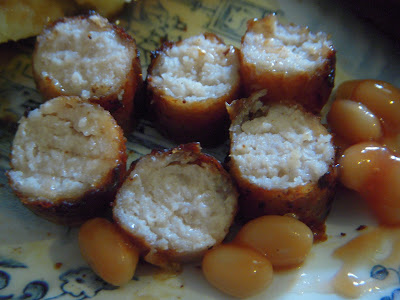 Supermarkets. Listen. Cheap does not equate to good value for money. 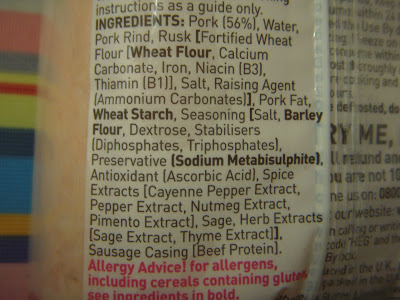 Junior Sidekick's Three Word Verdict:
He was not present. He dodged a bullet. A rusky, sloppy bullet admittedly.

The "Aah, Bisto" Factor:
The only aroma was the stink of Asda exploiting low income families by selling them utterly terrible produce. 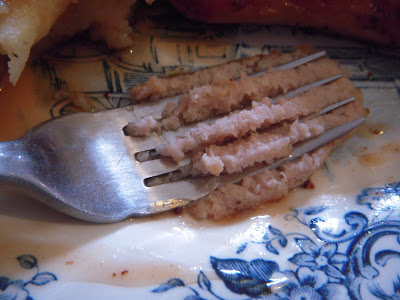 The Imaginatively Titled Next Day Cold Sausage Test:
You expect me to eat these tubes of wookie's dandruff again? Even in the pursuit of scientific knowledge? No.

And Finally, Esther:
An absolutely terrible thing to put on your shelves. Asda should be ashamed. 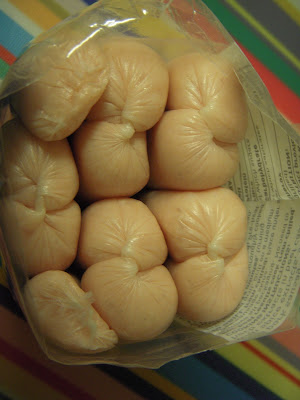 This disturbing image of the sausages before they exited the pack.....looks like a mass grave for the Borrowers. Horrendous and disturbing.
Posted by Rate My Sausage at 09:41

Probably I would not buy it even if I am broke and going hungry for 2 weeks. Good review all together :D