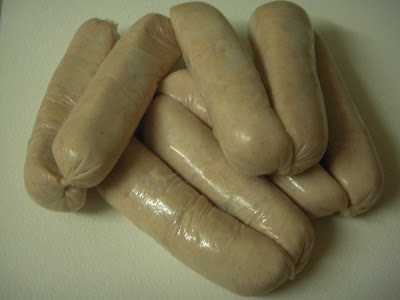 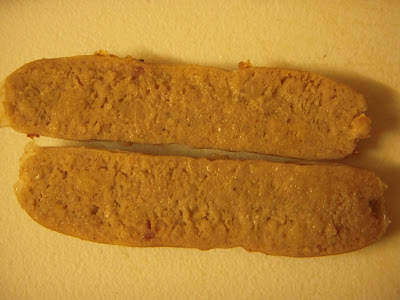 I’ve tried to research who makes M&S’ value sausages (branded as “Simply M&S”) but been thwarted.  Nobody’s owning up to it.  But I think it’s fair to expect them to be far superior to, say, Tesco’s cheapest bangers.  If you bought a similarly priced pack of, for example’s sake, boxer shorts from each retailer you would expect the M&S undercrackers to be better quality.  Would the same thing go for the sausages?  Well....no.  They’re both dreadful.  If the same applied to their pants, I’m going commando for life.  And that’s not an image you want at breakfast time. 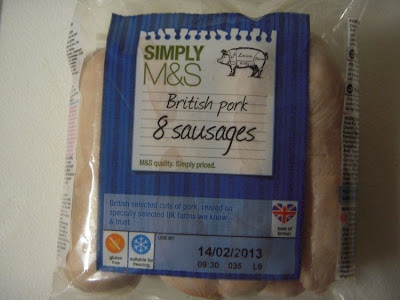 Meat Content:
60% only, and according to the packaging “selected cuts of pork”.  Selected for sausages because nobody would want to eat them in their original form I’m thinking.  I know how a real banger made with truly “good” cuts of pork tastes, and it ain’t anything like these gopping articles.

Flavour:
Prior to eating I was repeating the mantra “Please don’t be salty mush, please don’t be salty mush”....and when I tucked in......they were salty mush.  Not as utterly sloppy and ploppy as either the porridge in The Slammer (ask an eight-year-old), or as Richmond’s sausages, but unpleasantly bland nevertheless.  I was tempted to write just one word in the Flavour section....”Absent”....but that would be slightly inaccurate.  Just slightly, mind.  There’s salt in spades, there’s squishy grey-toned “stuff”, there’s the remains of the skins – which, incidentally, took it upon themselves to disappear completely during cooking and thus made a RIGHT freakin’ mess of my best pan – NOT happy....so flavour – nothing positive going on no matter how hard I looked.  Abysmal. 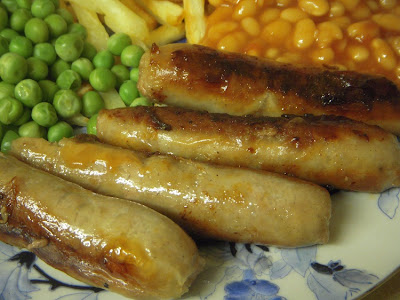 Texture:
When I was slicing the sausages for the photos I did feel some vague grainy resistance which raised my hopes, which were callously dashed when I actually put a slice into my mouth.  There’s really not a lot of substance here.  You barely need to cut these, the knife almost sinks through the soggy “pork protein” casing of its own accord (what casing there is left, that is).  Rank. 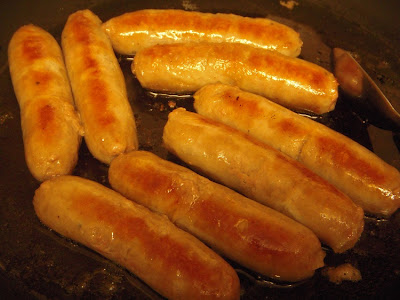 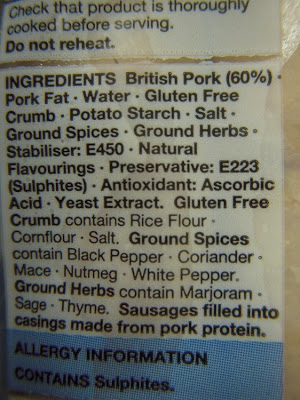 Would you be happy if you bought a pair of M&S slacks and when you came to wear them later they had shrunk to resemble culottes (thanks to posh-ish female friend for analogy)?  Obviously not! 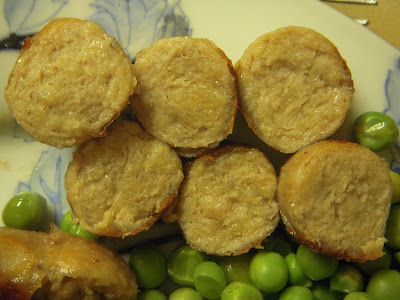 The Bisto Factor:
No discernible aroma whatsoever throughout cooking.  Disappointing and sad. 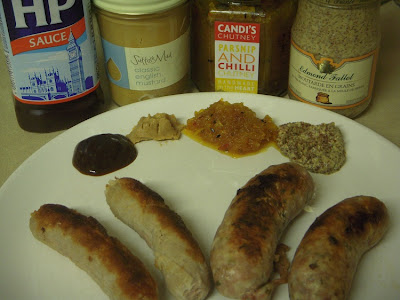 Through A Child’s Eyes:
No chance, you’re not getting Social Services onto my back for subjecting Junior Sidekick to these bangers.....

The Imaginatively Titled Next Day Cold Sausage Test:
I was actually dreading the Cold Sausage Test, which probably tells you all you need to know about the quality of the M&S banger.  Well just take a look at the pictures, which show the M&S sausages on the left and some Pork & Leek sausages from Bowers of King’s Lynn (review right here, next week) on the right.  Spot the difference?

Opening Hours:
Ask your Nan.  Just don’t ask her to buy you any of their sausages. 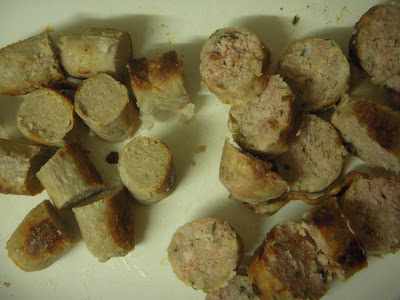 And Finally, Esther:
I was going to pick two words beginning with the letters M and S to summarise these sausages, but I couldn’t make my mind up which derogatory ones to choose.  Have a go yourself....

"Commando" and "sausages" in the same paragraph? You cheeky thing you!

These ain't ever gracing my kitchen, that's for sure. I am thrilled to have found this blog - firstly because your writing style is very pithy and witty. And secondly because I have bred a sausage snob in my ten year old boy who is very sniffy about supermarket sausages anyway. We usually go butchers or farm shop with ye olde bangers although I have sneaked in the odd Waitrose Bestie here and there.
I take the oven cook approach to my sausages and you can tell the shop ones because they always leak a gallon of 'fluid' in the tin. Yuk. I like a dry sausage, me.

That looks much ruder written down than it sounded in my head.

Sue and Vino, this review was a lot mof fun to write! And Janice.....how rude lol!

My only regret was they contain ground peppers .
If I had known I wouldn't have bought them .

No mention of this on the front part of the packing , one has to read the VERY small ingredients information on the side .

i recently started shopping in m&s after realising that the crappy co-op across the road charges about the same for the worse stuff. fancied a treat at the weekend so bought some sausages and bacon. dear me. enough water in the bacon to make me think it was raised in a submarine and those sausages - 3 bites is all i could take. worse than richmonds i think.

Agree wholeheartedly. Thought they may be better than Morrisons rubbishy low fat sausage. Tasted suspiciously similar...Texture of sawdust and cardboard, combined with flavoured fat. Where on earth can I buy a good flavoursome peppery sausage? The best I had recently was from Pioneer, but they're in Carlisle, 80 miles away!

I bought the M&S outdoor reared pigs in blankets this year to save time. Well that was a waste of time! When I defrosted them the sausages had released so much water there was a huge gap between the bacon & sausage. I had to unwrap & rewrap every single one!

These sausages are horrible. They look horrid and are greesyband salty. M and S need to sack the tasters and check there taste buds because they can only be described as fowl. Dont waste money on these terrible bangers.