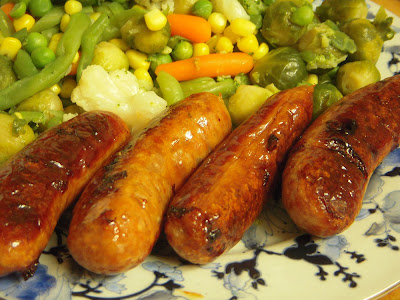 Regular readers of Rate My Sausage will know the name Rutland already.  And if you’re new, you’ll probably hear it again sometime, as M&M Rutland create some of the best quality and innovatively flavoured sausages around.  When I last visited I just Had to pick up some of their Marmite sausages – hey, good quality sausages that taste of Marmite, what could possibly go wrong?
As with many of Rutland’s more unusual varieties of bangers, the Marmites won’t be to everyone’s taste, but they are bound to have some that tickle your own taste buds.  Curried parsnip anybody?  Pizza flavour?  If you’re not the adventurous kind then stick to their more mainstream sausages, you’re guaranteed good quality, and that’s a Rate My Sausage promise!
But on to the review in hand – how do their Marmite bangers rate?  Read on to find out: 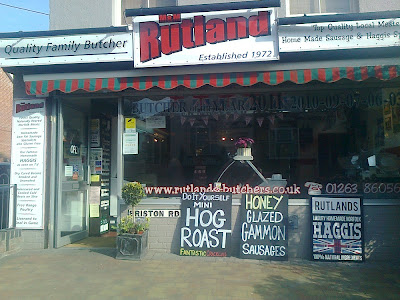 Meat Content:
Very acceptable.  I didn’t note the figure when I was in the shop (tut tut), but a follow up email confirmed it to be 90%.  The pork flavour is, as you’d expect, swamped by the Marmite, but there is obviously a very generous amount of good quality pig meat present.  Have a look at the picture of the sign on the counter to reassure yourself about the provenance of the pork. 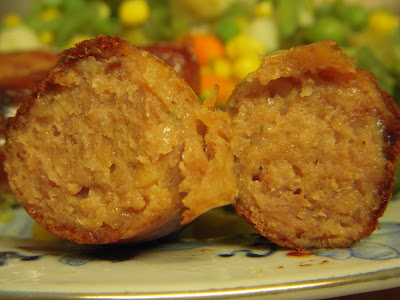 Flavour:
With most Rate My Sausage reviews I’m trying to identify what is in the banger – with these Marmite Sausages that is obviously not necessary!  The headline flavour is Marmite, duuuh.  If you’re a lover of the leftover brewing waste then you will almost certainly adore these, as if they were your childhood imaginary best friend, and you’ll think “They rock!”  If you don’t like Marmite, don’t bother with them, as they’ll make you think “I have just eaten Jack Duckworth’s sweat-encrusted socks”.  Softie.  The taste will be completely familiar to the pro-Marmite brigade, but for the uninitiated there’s rich, almost over-powering savouriness, very smoky, barky flavours, and a not-well-hidden hint of real ale.  Delicious! 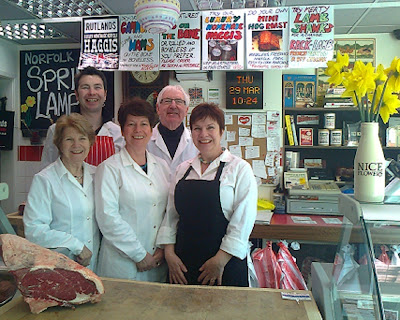 Texture:
I split one link lengthways and opened it out.  Pushed the knife into the filling, and it went in with some slight resistance, dislodging lovely juicy crumbs of meat aside.  When I took the knife out, the sausage returned to its original shape.  I then used a fork to probe this manly banger, and the insides didn’t return back afterwards....it’s apparent that these are well minced, lovingly produced sausages.  Don’t be put off by the slightly suspicious stripey appearance in the pan – usually this is a sure sign of an absolutely terrible, low-quality sausage, but in this case is due to the high level of preservatives naturally occurring in Marmite. Ha!  “Naturally occurring” in a by-product of industrial-scale beer production!  Oxymoron of the week. 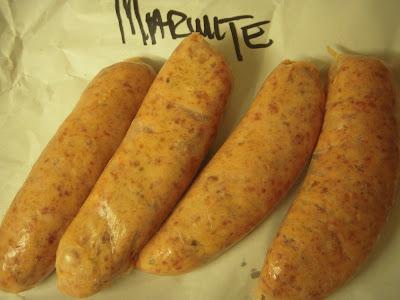 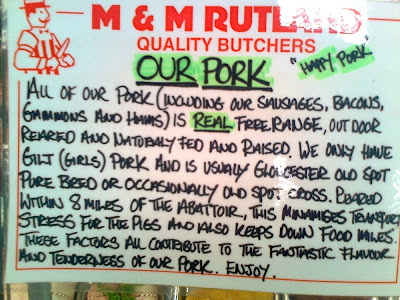 Value For Money:
£2.30 for four sausages weighing 230g - this works out as a price of £9.98 per kg, or 58p per snorker.  A quality product and a premium price, but in my opinion worth paying.  This is a niche sausage which is very rarely made anywhere in the UK, and therefore its rarity alone would make me feel comfortable with the price.  When you add in the excellence of the banger then the figures become more than acceptable. 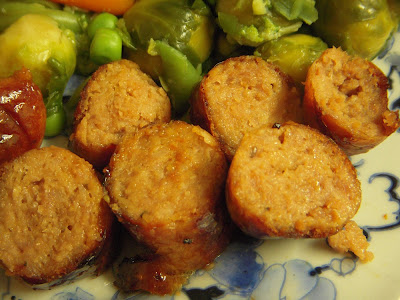 The Bisto Factor:
Nothing really noticeable while cooking but when you slice through the casing, oh my word, super savoury Marmite-y aromas flood out.  “Mmmmm, Marmite!” 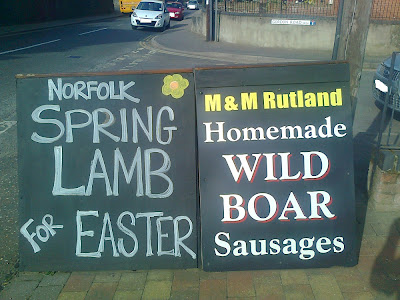 Special Guest – Sarah Wigglenose – Writes:
Whilst sausages are not something on our menu every week, we do like a good sausage.  We are also very fond, as a family, of Marmite.  It would seem therefore, that a Marmite sausage would be the best ever combination of factors. 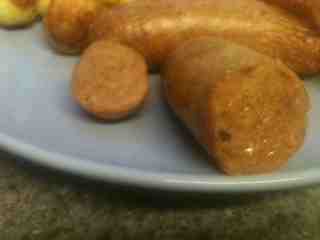 We cooked them from defrosted.  The smell of Marmite erupted from the packaging as soon as they were opened and they felt firm as they went under the grill.  The darker colour of the Marmite-ness meant that it was difficult to know when they were cooked, so I resorted to cutting one in half to see how they were going.  They took slightly longer than supermarket sausages, I would imagine due to their denseness. 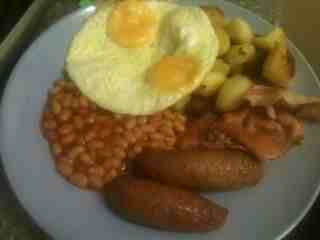 When they were ready, they met the rest of fry-up, and silence ensued as we thought about them.  The Boy was pretty clear.  "I don't like them, do you want mine Mr?"  Mr was prepared to give that a go at the end of the fry-up, as the plates were "generously sized".  Mr felt that the sausages were good.  The Marmite didn't overpower the sausage flavour, and the meat content came through in the taste.  I enjoyed them.  Although I found them filling, I decided that this was due to high quality as opposed to them being full of rusk and other such filler as used by the cheap sausage manufacturers.
Over all, the adults of the family enjoyed them.  They were a welcome addition to a fry-up, but too strongly flavoured for the Boy's palate.
Posted by Rate My Sausage at 05:15

How can I order these for delivery