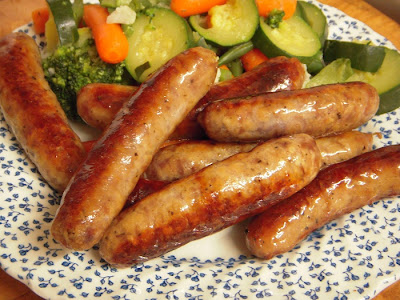 J H Betts is the second sausage seller from the Cambridgeshire town of March that we’ve raided. The first was March Quality Meats, which left us feeling rather underwhelmed with the quality of its bangers. So it was up to Kevin and Denise Swann, the current proprietors, to fly the porcine flag for this small, quaint market town. 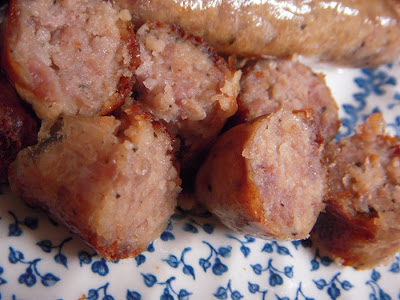 The recipe used for the sausages I bought – the plain Pork Sausages – has been unaltered since 1945 and currently only two people on Earth know it! An interesting fact for you – in that year there were more than thirty butchers in March, and now there are but three. Indeed, between Betts’ and the town centre – a distance of roughly half a mile – there were five more butchers. Different times we are living in eh? If you do visit Betts, try some of their dry cure bacon too, it’s fabulous. 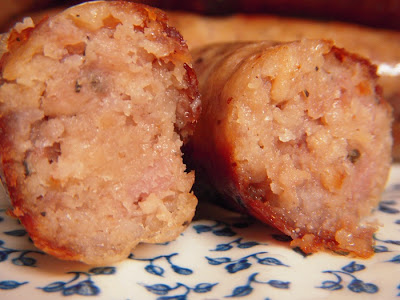 Meat Content:
68%. A slightly low claim, to keep “The Man” happy I reckon. They don’t seem overly meaty when you tackle them, but when you’ve chewed through there are plenty of little pieces of pork in the mouth to confirm that Mister Pig is here. The meat is reared on Lincolnshire farms, slaughtered in Boston, and both pig and sow are used. 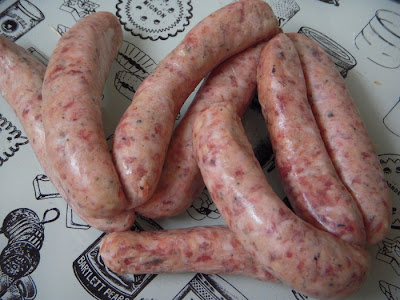 Flavour:Oooh you spicy little monkey! Peppery, savoury, delicious. I was hoping that the smaller sausages would give a different flavour (giving me a chance to criticise), but there was consistency of flavour throughout. Dammit, they dodged that bullet. These sausages are rather reminiscent of a Lincolnshire sausage, plenty of spice going on, backed up with premier league pork, no wonder there was an almost constant queue through the shop when I visited…. 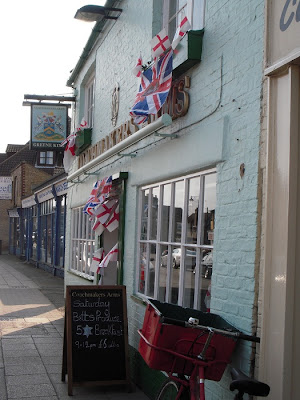 Such is the local reputation of J H Betts that a local pub uses their name to advertise its own food! The Coachmakers Arms is just around the corner, and very close to the centre of the town, and their A-board and other boards proudly shout out that they use Betts produce. How's about that for a recommendation? 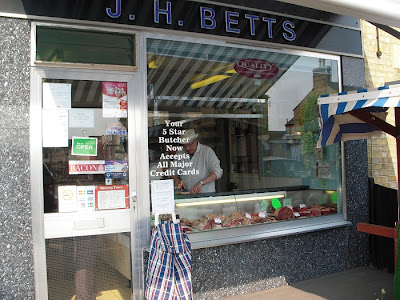 Texture:
Good variation in shape and size. Splashed apart, these bangers defiantly offered up juicy, itsy bitsy morsels of sausagey splendidness. Superb! The natural casings are very evident. March really can offer a good sausage after all – why anybody of sound mind would eat the Quality Meats bangers when these are a ten minute walk away I can’t comprehend. These are thinnish, average length sausages, with a very good filling. Juicy, yielding, uplifting, utterly wonderful. Top marks! 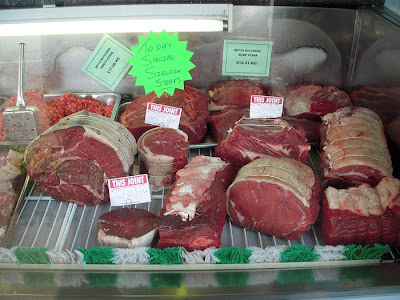 Good stuff from Betts, a low figure in the shrink test pushes these bangers to the top of the league. 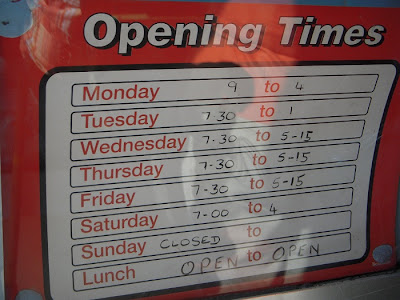 Value For Money:
£2.52 for eight sausages, weighing 434g - this works out as a price of £5.81 per kg, or 31p per snorker. Thirty one pee! These are quality sausages, and I’d gladly pay a lot more than 31p each, so I’m declaring that J H Betts’ pork sausages are FABULOUS value for money. Buy some today!

The Bisto Factor:
I walked into the kitchen and said, out loud, “Mmmmmmmm-mmmmmmmmmmm!”. The delicious aroma followed me back into the living room, and made the rest of the frying time an absolute agony. I noted down “If these buggers taste as good as they smell, they’re world beaters”. 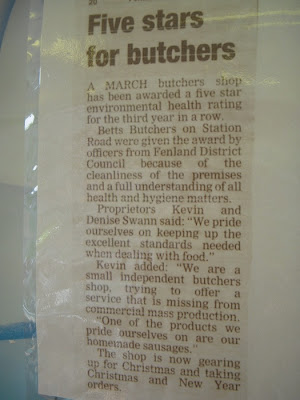