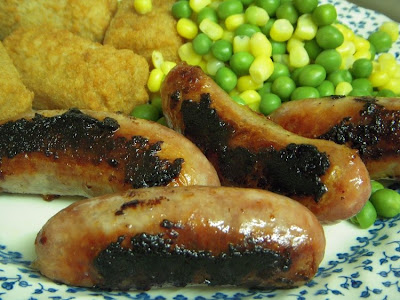 Terry’s Butchers can be found in a small shopping precinct in East Dereham. You can find them if you locate yourself in the market place, put the cinema to your right, and then head out along High Street. On the left is Nelson Place, and the red and white striped awning marks Terry’s. I found Terry’s full of customers, with more outside (see photo). Surely a good sign. Either they have the absolutely perfect location for passing trade, or they’re doing something right with their produce.


Coincidentally, a few days after I visited Dereham, Sophie from Eat Out Norfolk (http://www.eatoutnorfolk.co.uk/) got in touch, with a recommendation for Terry’s; “the butchers in Dereham town centre (opposite Superdrug in the little precinct) does a pack of sausages (about 10) for £5.99 - everyone comments on the quality of the sausages when we have a BBQ or bangers and mash - and everyone is surprised where we got them from too...” Just to qualify this, Sophie wasn’t writing a free advert, but furnishing me with a few tips for sausages that we should try out. 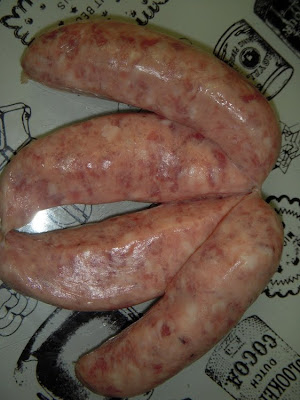 Meat Content:
Not displayed. Is East Dereham a bastion of porcine non-conformism? Both the butchers we visited did not display the meat content, which they really should. There’s sweet meat in these bangers, undoubtedly, but how much? I can’t tell you.


Flavour:
Salty. Very well seasoned. These bangers remind me of a B&B breakfast banger, but supercharged. Obviously plenty of pork here, it certainly doesn’t seem to be scrimped on. These sausages were tasty, to me, in an “I shouldn’t find this tasty” way. Not unpleasant, not brilliant. An average sausage, to my tastebuds, but don’t take my word for it, give them a go for yourself. 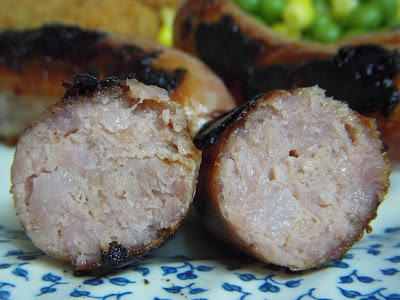 Texture:
Rather too fine for my taste. The skins crisped up exceptionally well though, to give that satisfying “breaking through” feeling when you cut into them. I prefer a chewier sausage, sorry.

25% again. Surprising. Has there been a government ruling recently, stating that all sausages must shrink by exactly 25%? It can’t have been a European parliament directive, because these Dereham butchers would not take any notice. 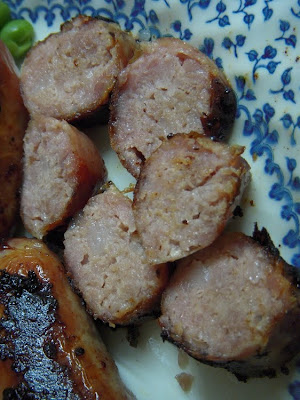 
The Bisto Factor:
These were fried after a long, arduous, depressing Monday at work. When I arrived home I was utterly un-enthused, but the inviting, delicious aroma from the kitchen really lifted my mood up. Sausages as homeopathic anti-depressants? I’m in favour, these bangers smell good!


And Finally:
East Dereham is a hotbed of support for Norwich City. The veg in the “cooked” picture is an homage to the Canaries. But I doubt Delia would approve of Aunt Bessie’s croquettes. 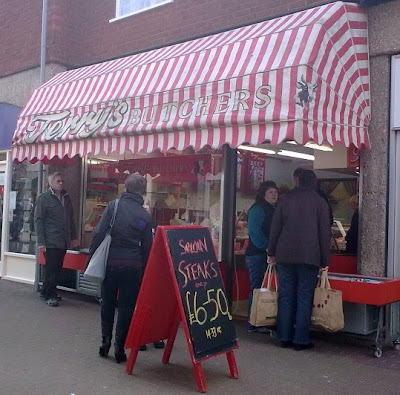 We shop at Terrys regulary and can assure you he is a great family butcher. First class quality and very good value. His minced steak is by far the best we have ever had. Terry has been a butcher from the age of 17 and it shows. he is so helpful.Highly recomended.

I would recomend Terrys without hesitation. He is a proper butcher who has been in the trade all his life. You can try anything he does it is always good. We love his fillet steak, Gammon slices. Pork rib chops. Is own boiled ham is just like it used to be. a real find.