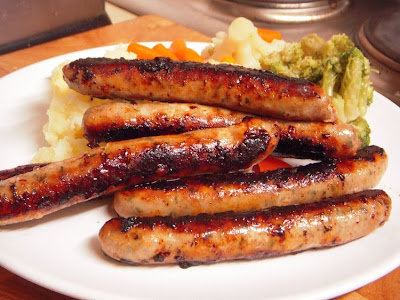 Saints & Scholars. That’s a brand name I’ve never heard of....but I spotted these sausages in the supermarket and felt obliged to try them out on behalf of mankind. Retail sausages, from Ireland, have a very bad reputation here at Rate My Sausage. Think Richmond’s. Bloody awful. ThinkPorkinson’s. Almost as bad as Richmond’s, but pretending to be something so much better. Therefore, even worse. So Saints & Scholars have a heck of a task to redress the balance. Can Ireland actually produce a good quality, mass-produced banger? 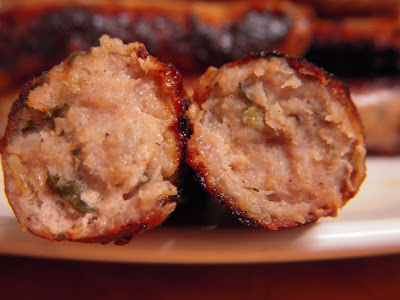 They’re made by Doherty and Grey. Never heard of this Irish company. Would they be another Kerry Foods? See what you think, visit their website: http://www.dohertygray.com/dohertygray.htm


Sadly the part of the site dedicated to the sausages offers no information about the different varieties apart from a photo of the pack. Is there something to hide? I don’t know. Forgive them their abundant grammatical mistakes. At the bottom of the pages is the legend “Designed by Frank” – Spencer by the look of it. All this aside, how did their sausages rate? Let’s find out: 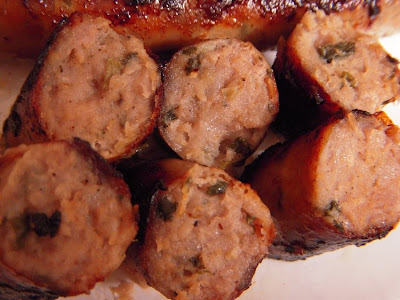 
80% on the pack. There’s meat here, for sure. But they don’t taste “meaty”. Maybe it’s down to the size and shape? Chipolata-ish, these sausages offer some resistance, but not too much. Is there really 80% pork, as claimed? I guess there must be this amount of pig, to keep the lawyers onside, but what part of the pig? If Saints & Scholars follow the Kerry Foods path, not the best bits. 80%? *raised eyebrows*


Not unpleasant. A decent-ish tasting banger, but it’s difficult to spot the spring onion. There’s a tang. There’s a smack. But there isn’t an obvious spring onion-ness. These long bangers are, in our opinion, more to a child’s liking than an adult’s. But that’s not a bad claim. 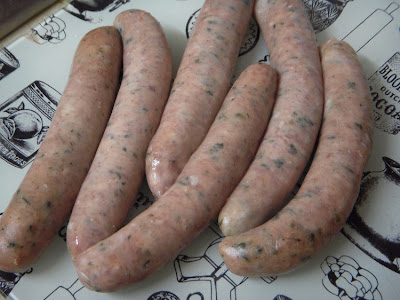 
Not too bad. These are definitely not on the disgusting level of, say, Richmond’s or Wall’s. There’s more substance than your average cheap supermarket sausage. But not much. Have a look at the slices. There’s not a great deal of difference in any of them, which is a shame. .

Shrinkage: . Average weight uncooked - 67g . Average weight cooked - 46g . Shrinkage - 31% . These are hefty at the weigh in, and are very long, somewhat thin sausages. Think halfway between chipolata and banger and you’re there. Losing 31% of what you pay for is, however you try to dress it up, unacceptable. 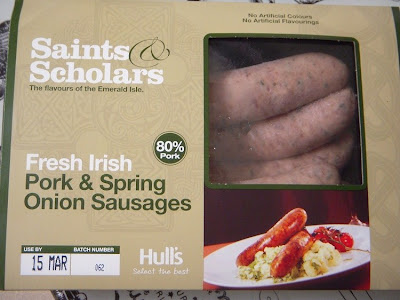 Value For Money: £2.29 for six sausages, weighing 402g - this works out as a price of £5.70 per kg, or 38p per snorker. This was a special offer, the regular price is £2.49 for the pack of six. These are too expensive, even at the reduced price. Nowhere near worth the money. Go to your local butcher and buy six proper sausages for roughly the same money 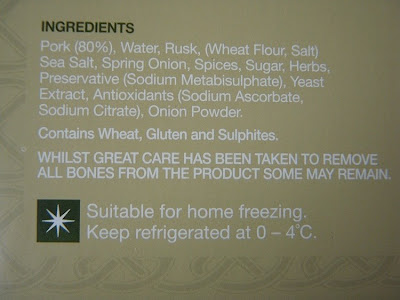 I bought these at Sainsbury's, Winchmore Hill, and my mum loved them. At nearly 97 she normally has trouble with sausages as she can't manage the skins. But these cooked perfectly, with a nice crispy skin. Unfortunately, though, Sainsbury's seem to have stopped stocking them and I've failed to find them anywhere else!