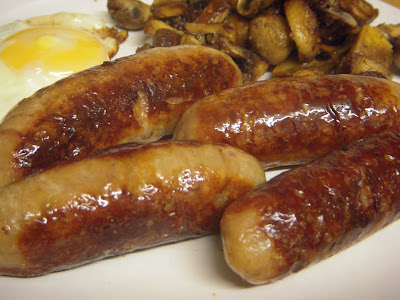 At the recent, critically-acclaimed King Of The Bangers competition in King‘s Lynn, one of our local butcher heroes took the time to come and join in. He wasn't allowed to vote of course, but did sample all the bangers on display, including - valiantly - the bargain selection (he also oversaw fair play, and as a nationally recognised judge of British sausage contests, there is nobody with better credentials). Clifford described the judging process at major sausage competitions, and it sounds arduous! Teams of three judges have to sample “flights” of bangers, each comprising of ten samples. The top couple of snorkers progress to the next round, in which the judges rate different sausages......and so on. It takes all day, and sounds absolute hell. Not. Can you get me an application form please Clifford?


It's obvious that this man knows a thing or two about sausages, so, Clifford Prior, I was more than happy to test your Victorian bread-based bangers. Actually, I was intrigued. Bread instead of rusk, and/or other filler?


Incidentally, back to the King Of The Bangers, and our conversation with Clifford. He’s a fascinating man with a never-ending supply of butcher-related tales and titbits. Most of them even I wouldn’t dare publish, although they’re obviously true. Clifford wouldn’t go inside one seventies butcher’s shop, as he is not a fan of rats, and you could never be sure when one would dash over your foot once inside! I was delighted to spend some time in the company of such a top bloke....and his sausages aren't bad either. 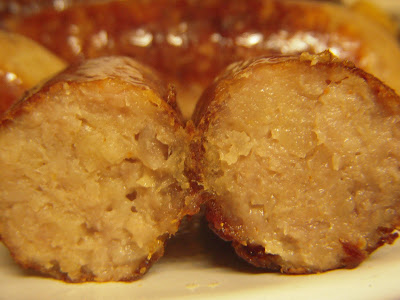 Meat Content:
Another pre-being-tipped-off banger, sorry. But when you start eating these sausages you can taste light, sweet pork, in decent amounts. I won’t speculate on the figure, but these have definitely had more than a sniff of a pig.


Flavour:
Different. I did enjoy these bangers, but they don't taste as other Proper Butchers' ones do. I suppose the Bread Base is something of a novelty and a nod to history, and you shouldn't rush to buy these for a "classic" flavour. They do taste quite sage-y, with subtle seasoning which has obviously been worked on to achieve a more-ish quality to tempt you back. Give them a go for something a little unusual!


Texture:
Solid. These are a solid sausage, reflected by the shrink-factor. But I have to say that using bread here may make the overall consistency slightly more uniform? I’m not an expert, but the (not unpleasant) solidity continued through the sausages, and as you can see in the pictures, seems to mask the chunkiness of ingredients, which only becomes apparent when it’s in the mouth. 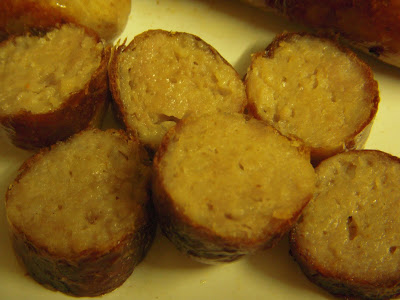 Un-be-bloody-lievable! I thought Papworth's Farmhouse from a few weeks ago were probably going to be the lowest shrinkers I'd test, but no! Pipping them by one percent, the sausages weigh nearly the same when you eat them as when you buy them. Which makes them good value for money. Read on....


Value For Money:£1.58 for 4 sausages weighing 239g = £6.58 per kg = 39p per snorker. 39p each! Why would anybody skimp to save 10p a sausage for the bloody awful Wall’s or Richmond’s? These are good bangers, and the fact that the cooked product is still 92% of the original is absolutely great VFM. 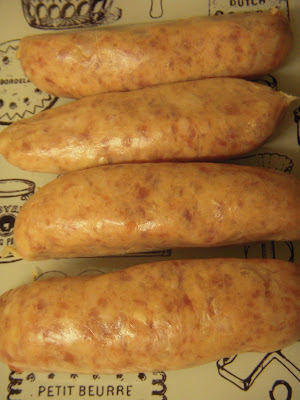 "...and as a nationally recognised judge of British sausage contests, there is nobody with better credentials"