Papworth‘s is a small-ish (and therefore warm and approachable) chain of traditional butchers, with shops in North Walsham, Fakenham, Sheringham, and the one I visited in Swaffham. I was given a lovely smiley welcome, very attentive service, and a hilariously raised eyebrow when I mentioned “Rate My Sausage”. On the shop signs Papworth’s state that as well as butchers they are Graziers - a word I’d never heard before…. 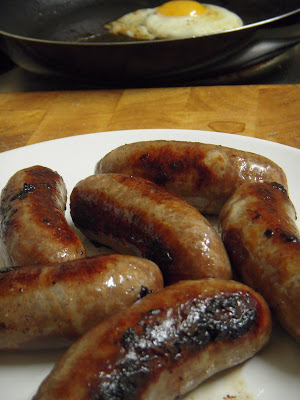 According to my dictionary a grazier is “someone who grazes cattle for market“, but that doesn‘t really do the word justice. A grazier can also be called a “pastoral farmer”, one who uses gentler farming methods, in harmony with the environment, and altogether rather pink and fluffy (up to the point that the animals are slaughtered, I guess). And when you look into the Papworth’s way, their care about the methods they use to look after their animals all the way through the food chain shines through. 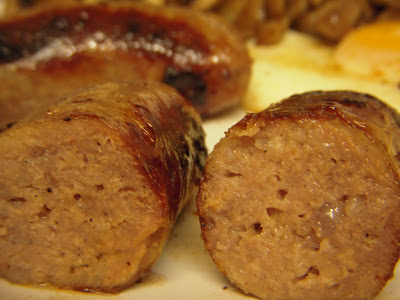 But you get no extra points for niceness on Rate My Sausage, so let’s set a full sail and proceed with all haste to the all-important taste test….


Meat Content:I loved these sausages! No definitive figure for meat content, but in keeping with the handmade butchers’ own bangers, these were typically, and obviously, nearly all meat. And good quality meat too. Just look at the pictures - don’t they look fantastic!

Flavour:
What an absolute result of a sausage! They were bloody delicious. Slicing into a Papworth’s Champion Pork Sausage released a delightfully “classic” aroma which really put the tastebuds onto Red Alert, and the flavour was……Well, the flavour was pretty close to perfection. Seasoned just right, with a slightly salty and sagey (?) aftertaste, I would happily eat these beauties as often as you put them in front of me.

Texture:
Coarse but consistent. Chewy, but not tough, and aided by a nicely crisp casing. Every mouthful was a real treat. Have I mentioned already that I Love These Sausages? 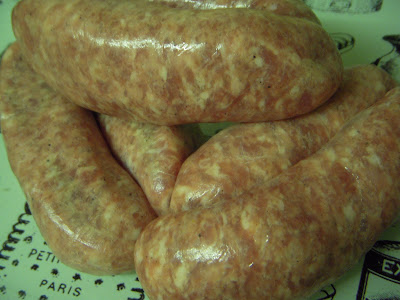 A real champion when it comes to the shrink stats, these were a whole 3% better than ANY other banger we’ve tried. (Well, apart from the Morliny’s, which don’t count). It’s outstanding that you end up with 88% of the weight that you pay for which leads us to…..

When you consider the mid-range price of these sausages, add in the superb lack of shrinkage, then combine those factors with the wonderful flavours, these sausages are the Brawn GP of the banger world. More banger for your buck. 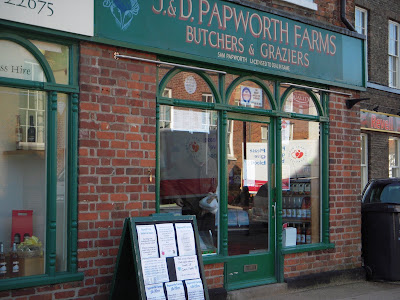 If you are in swaffham you must try Swaffham Sizlers from Impsons butchers not far from Iceland.

Thanks for the tip, but we already have some of those very Super Sizzlers in our high-tech Sausage Storage Facility, awaiting testing!

Papworths Champion sausages are, as we say in Norfolk "absolutely bootaful" . Best bangers I've ever tasted.
You have to try them.