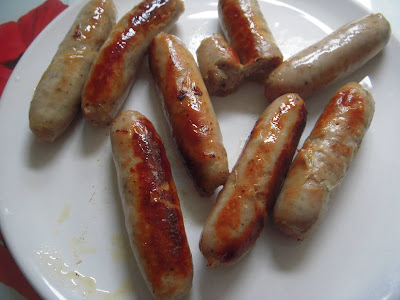 Everyone's heard of the Co-op right? Mostly you will picture a small-ish, local convenience store, but they also offer funeral services, insurance and legal services. Not bad for an organisation that traces its roots back to The Rochdale Pioneers in 1844. The Pioneers were a group of 28 people, mostly weavers, who saw the mechanisation of their industries coming, and decided to co-operate to open food shops to sell goods that were often too expensive otherwise. This has grown hugely over the years and now the Co-op has 4.6 million members across the UK. I am a member too, and find Co-op to be convenient but slightly over-priced.

To do your own research here's a link to their website: CO-OP


So how would their lowest price bangers turn out? Another Richmonds/Walls/Iceland offering of extremely low quality? Or a rare supermarket gem, a good product at a low price? Three of our Twitter readers awarded them 6.5, 6 and 5, an average of 5.8 – cheers Paul, Andy and David. Would our opinion match the boys'? There's only one way to find out...read on... 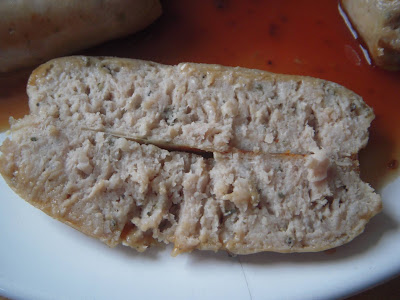 Where To Find Them:
Co-op has 3,700 locations all over Britain, covering all their business arms. Some people say that you're never more than five metres away from a Co-op, but they are very silly people. You can find your nearest outlet with this link: STORE FINDER 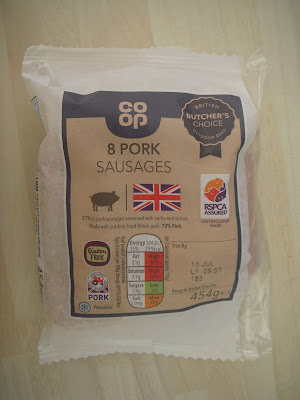 Stanwatch:
I can't recall ever seeing a butcher at work inside a Co-op, but it may happen in some places? If you've spotted a Stan in a Co-op please take a photo and send it in!

Flavour:
My notes simply read “Bland. Uninspiring. Letdown.” That just about says it all here. Very little porky loveliness, not enough herbs to make the slightest impression on your taste buds. There's added sugars in them too, to produce an artificial browning, attempting to fool us consumers that the ingredients are of a higher quality. Children would probably love them though as they're completely unchallenging, virtually flavourless and easy to eat. I sooo wanted these to be at the very least “average” because I respect the Co-op and what it does. But they're not. 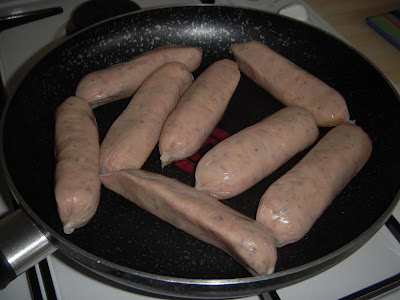 Texture:
As you can see from the sliced picture, there's not a lot good to report. Slightly – just slightly – better than your standard greasy spoon wholesale banger, but still soft and squishy. If the filling was terrible the skins were even worse. Described on the packaging as “made using pork” I am assuming they are collagen not natural casings, as there was no “snap” when cutting and they virtually disappeared in the pan. One of the sausages even broke in two simply by turning gently with tongs.

Value For Money:
£1.90 for 8 sausages weighing 454 grams. This works out as £4.19 per kg and 24p per banger. Extremely cheap...does cheap mean the same as value for money?
No!
We rate this product as poor value for money. 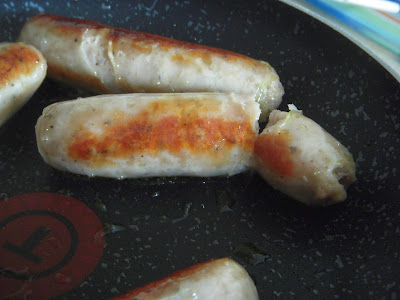 Vital Statistics:
Average Weight Uncooked = 57 grams
Average Weight Cooked = 51 grams
Meat Content = 72 %
You have to wonder which cuts of pork are used if this figure is accurate, for 24p per item.

The "Aah, Bisto" Factor:
Not unpleasant during cooking but very faint. Not a lot of aromatic ingredients inside. 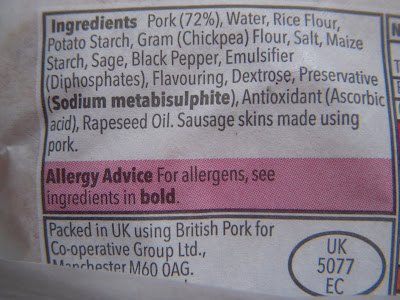 The Imaginatively Titled Next Day Cold Sausage Test:
Yes I saved some of these sausages in the fridge for the next day. I wish I hadn't. A lot of high quality sausages can taste even better the day after, having firmed up overnight. Not these things. One bite was spat out seconds later, and the rest dispatched straight into the bin.

And Finally, Esther:
Not the worst sausage we've ever reviewed, but definitely in the relegation zone. Don't go out of your way to buy them. 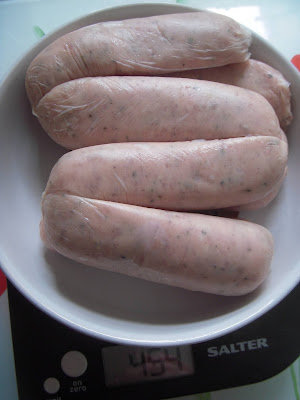 Good to see you're still updating the blog!

I've had these sausages before and they're not the worst, but nowhere near good either. "Good for a casserole but not much else" is how I'd rate these; just above a Walls or Richmond, but that's not saying much really.

If ever you come South Norfolk way, there's a farm on the Bungay/Norwich road that makes lovely sausages from their own Large Black pigs. Another one the other side of Bungay where they rear 'wild' boars.

Though the Co op is my local supermarket, I've never tried the basic sausages. I'll take your advice and give them a miss.