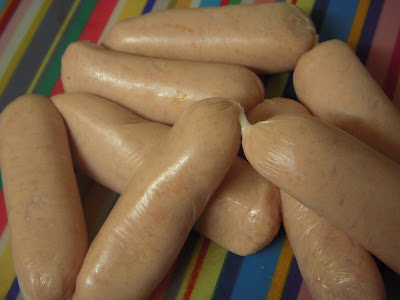 We have reviewed Tesco sausages before. We even liked some of them. But, more often than not the quality of their bangers is woeful (and that's being polite). This time however we are NOT reviewing Tesco sausages. Oh no! No way. These are from Woodside Farms, which sounds to me like an idyllic leafy smallholding, possibly in the Cotswolds? Or maybe the Scottish borders? 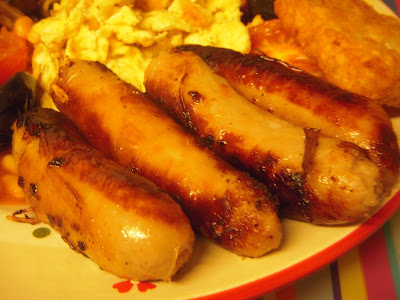 Where To Find Them:
I hope the best place to find Woodside Farms sausages would be Woodside Farm or their stall at a farmers' market? But, obviously, it doesn't exist. The true location of Woodside Farm is in the collective, deceptive imagination of the team of marketing charlatans employed by Tesco to fool the British public into thinking their terrible products are more authentic and of better provenance than they truly are. 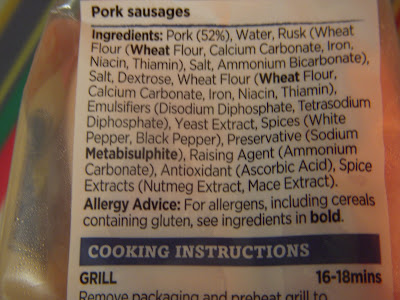 Now, we were recently invited by boss Jane Tomlinson, in charge of Redhill Farm Free Range Pork to visit their farm and have a lovely guided tour. And we fully intend to take her up on such a kind offer. To give Woodside Farm a bit of a chance to impress I asked Tesco if we could visit Woodside Farm - what a shock, absolutely no response. And that's because it is completely fabricated.

Woodside Farm is one of the mainstays of the Tesco "Fake Farms" marketing campaign. It has pretty much replaced their Everyday Value branding for many product lines. Now I believe there is a place for budget products, but not when they've been disguised as something better than they are.  Bring back Everyday Value and consign the Fake Farms to advertising purgatory. Flavour:
The flavour is that of mushed-up paper sprinkled with salt. It's not good, and disappointing even at this price point. Think of the worst cafe sausage you have ever eaten and you're in the right area. The ingredients list claims 52% pork - but in my opinion there's very little decent meat included in that figure. Almost tasteless, unless you enjoy chewing salty newspaper. Potentially less meat here than in a vegan's bogies. 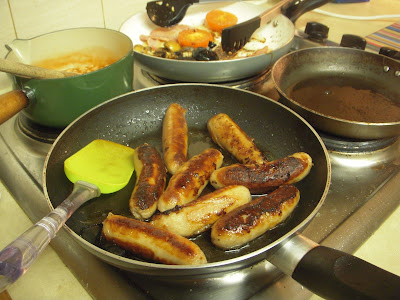 Texture:
The notes just say "Mushy. Squishy. Spongey. Unpleasant. Nothing to bite into." And that is an accurate description of the, basically, plop that is inside these artificial tubes of abhorrence. No resistance to the fork, no discernible niblets of meat, gristle, fat, anything at all. You could probably "eat" these with a straw. There was a ridiculous amount of liquid in the pan after cooking, and some of them split their sides. 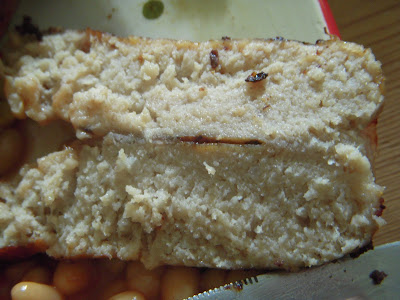 
Value For Money:
£0.66 for 8 sausages weighing 459 grams. This works out as £1.44 per kg and 8p per banger. EIGHT PENCE. Even at this ridiculously low price we rate this as no kind of value for money. If you buy these you have wasted 66p. Avoid at all costs. 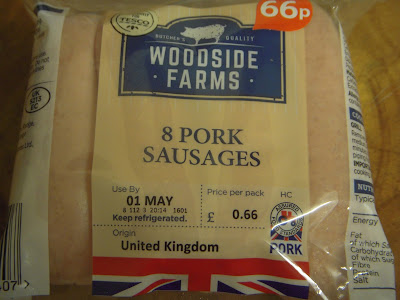 Junior Sidekick's Three Word Verdict:
Sam was sensibly at school when these were reviewed. Even though it was a Sunday. Hmmmm. Who's a clever boy then? 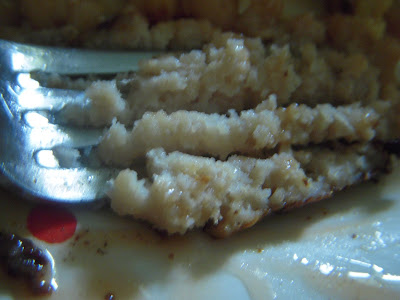 The "Aah, Bisto" Factor:
Desperately trying to find positives for these items. What was the aroma like during cooking? Well, there wasn't any. A nice sausage-y, spicy whiff would have been a counterbalance to the awful lack of flavour and texture but there was.....nothing. Less smelly than an Obsessive Compulsive Cleaner's toilet bowl. 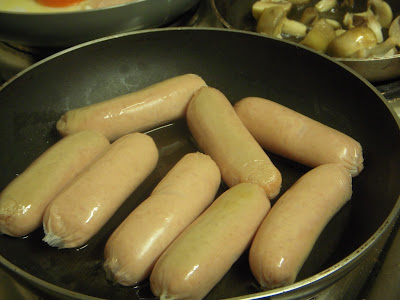 And Finally, Esther:
Woodside Farms is a fictitious producer, invented by a multinational uber-shop to fool people into thinking the product is better than it is. On no account should anybody buy this product, ever. Please put your 66p into a charity collection box instead. 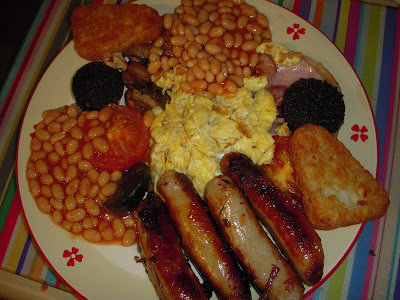 Brought a packet of these sausages yesterday as the brand I usually buy had sold out. Just ate two. Never tastèd such awful sausages. The rest of packet are going to the dog.