How To Kill An Iceland Sausage #4 - Drag And Drop

The struggle to destroy Iceland sausages has so far proved unsuccessful....can we finally put a score in the "Rate My Sausage" column?

The next attempt was simple - we would drag the tubes of cack behind the car and hope that they eroded down to nothingness! 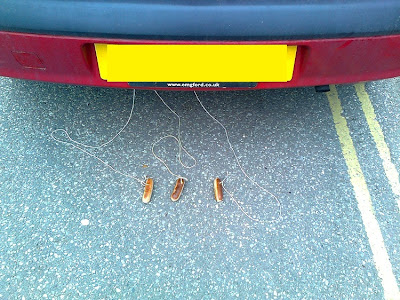 Here we see the three evil bastards tied to the underside of their instrument of torture....a powerful 1.2l Ford Fiesta.  In red.  Take THAT, Iceland! 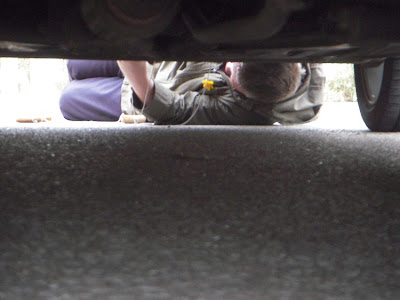 We enlisted a highly rated local mechanic to carry out the attachment procedure in line with national health & safety law, local government care in the workplace guidelines, and Stan's Garage's "get the bugger done quick, and cheap" ad-line. 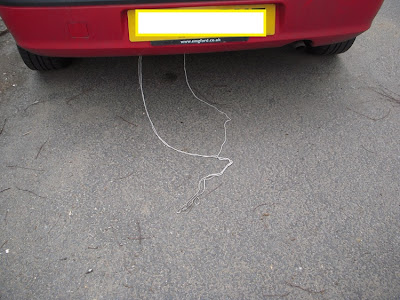 So what happened?  I think this picture tells the story....we got rid of the vile lumps of ordure!  Last we saw of them was them bouncing around excitedly as we trundled along Tennyson Avenue, and then.....nothing.  We patrolled back up and down twice but could find no evidence of the battered bangers' bodies.  But they were gone, and we are HAVING that one!

Smash them with big hammers!