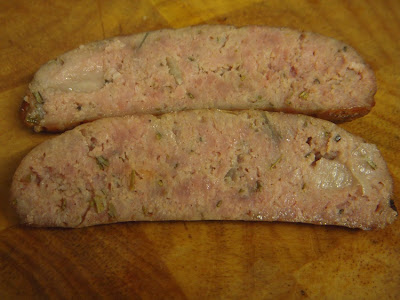 Time to crack on with another review for your information and delight (we hope)....this time our produce comes all the way from the village of Rothbury in Northumberland.  This is the county that is home to the wonderful Peelham Farm and their awesome sausages, so expectations are running high ahead of tasting time.  And this is a pedigree sausage, winner of a whole host of awards.  I would list them all myself but as I’m a lazy old sod I’ll simply cut and paste Rothbury’s own précis:

“Voted the North Easts Best Sausage, a Finalist in Britain’s best sausage and winner of a staggering Seven Smithfield Gold Awards for excellence in London and was awarded over 95% on all occasions. Also an International Gold Award Winner in meat Expo competition in Belgium.” 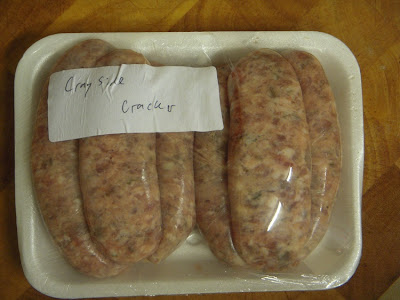 My dealings with this butcher have been uncommonly pleasant.  In fact, there’s a theme here.  My dealings with every online butcher I have ordered from have been superb.....compare that with the shoddy and dismissive treatment you receive from some other (larger scale) internet retailers.  Are butchers naturally blessed in the customer service stakes?  Maybe.  Rest assured that Rothbury’s will look after you through the entire ordering process, and will pander to even the most diva demands (I know, I made a couple)....fabulous service guys, thank you!  It’s no wonder that the Royal family pop in now and then:

Who knew that Camilla liked gobbling a nice fat sausage now and then?  Ewww. 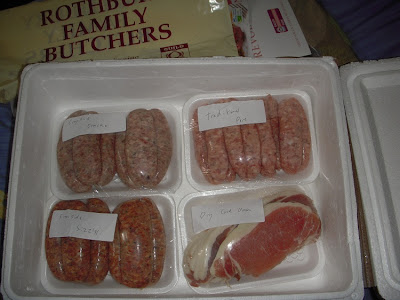 Meat Content:
If you’re a vegetarian (that’s a four letter word on this website, by the way) then look away now.  There’s more pig per square inch here than there is in the Big Bad Wolf’s stomach.  And it’s patently obvious that this is the good stuff, meat that’s been taken from the pig especially to make great sausages, and not the leftover bits and bobs.  This is definitely “real” pork, there’s blood in the tray when you take the sausages out, which is a very good sign.

Flavour:
The first two words on my notes are “low” and “wet”.  That sounds pretty depressing, but it’s not a criticism, just my usual ham-fisted attempt to find the right words to describe the banger.  The flavour is not dazzling salt, not blistering pepper, it’s herb-heavy and thoughtful, and absolutely delicious.  I don't like to compare but this is somewhat akin to a Lincolnshire or a Cumberland.

Texture:
Detective Inspector Fowler of Gasforth CID once said “Yes, yes, yes, yes, yes!”  Name that show.  And that is what I thought when I ate the Cragside Cracker.  As close to perfect as is probably possible (of course, we’d like it coarser – would a pork chop in a sausage skin make us happy?)  big knobbly, gnarly lumps of juicy ingredients give you a brilliant banger.  Most excellent. 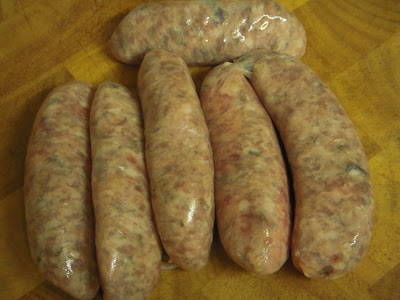 Damn, damn, damn, damn, damn.  I loved these sausages and didn’t want to write anything negative about them.....but I have to stick to the Rate My Sausage policy of honesty and objectivity.  The shrinkage of 30% was a big surprise and an even bigger disappointment, and has prevented Rothbury’s from occupying the top of the 2013 rankings.  They were cooked the standard way, everything as usual, so I’m at a loss to explain the stats. Boohoo!

Value For Money:
£3.63 for six sausages, weighing 414g - this works out as a price of £8.77 per kg, or 60p per snorker.  Pricey, but good.  If you factor in the delivery charge, some people may baulk at the expense, but if you combine a few items I consider this acceptable, for high quality produce.  All in all we’re rating the Cragside Cracker as very good value for money.

The Bisto Factor:
Straight out of the pack the Cragside Cracker smells wonderfully herb-laden, and instantly mouth-watering.  They continued to give off the most tempting aroma during cooking too, as I noted at the time, “IMPATIENT! ARRRRRRGH!”  Yes, there were six R’s.

Through A Child’s Eyes:
No son around to try these crackers.  I told him about them though, and he gave me a very dirty, “Why didn’t you save me some then?” kinda look.... 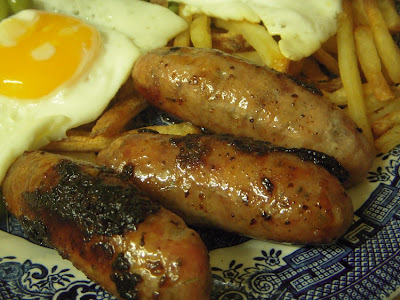 And Finally, Esther:
These are very, very good sausages.  Buy some tomorrow!  But Cragside Crackers are not the only item we bought.... 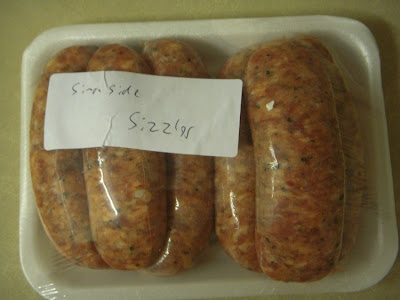 The Simonside Sizzlers are in the SSF (Sausage Storage Facility - aka the freezer).  I have always been unhappy with my name Simon - seems a bit.....soft, to me.  Looking forward to the Sizzlers though! 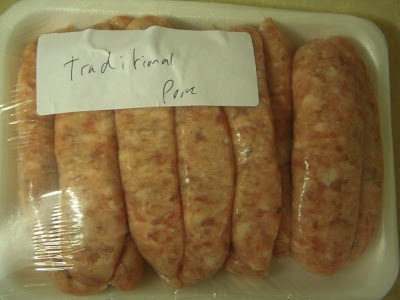 The Traditional Pork sausages were skinny, almost a chipolata.  They were fried and used in a Friday night frog-in-the-bog, and tasted meaty, chunky and scrummy. 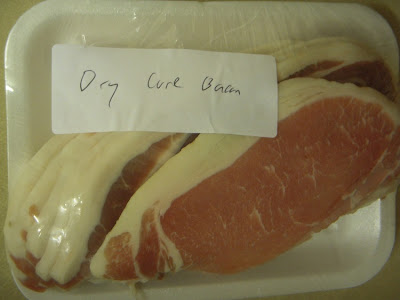 And finally.....the gorgeous looking bacon was as tasty as it looks.  Aroma was fab too, unusually for bacon, and it gave us three meals.  Sunday morning fry-up. bacon and tomatoes for Dad, and another brekkie of bacon butties.