The RMS Champion Sausage of 2012 is the Fruitpig Company's Mazzafegati! 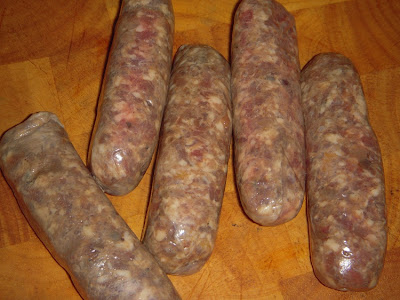 We wrote...."Meat-wise they’re a hunter-gatherer’s dream, firm and fabulous logs of prime piggosaurus.  Listed at 70% pork, but the outstanding provenance of the rare breed meat sings out sweet and strong.  In my notes, under Flavour I wrote “where do I start?”.  I decided on “incredible”.  Rich.  Gamey?  Sweet.  I didn’t cheat by reading the label prior to eating, and guessed the up-front sweetness may be honey, may be sweet onion, but decided it was there for all to see, yellow knobbles of capsicum.   I was wrong of course, the label tells of the presence of apricot.  When the sweet deep porkiness subsides you’re treated to an altogether more grown-up flavour following on and charming your tastebuds, liver maybe, something in the offal area?  Kidney!  No....." 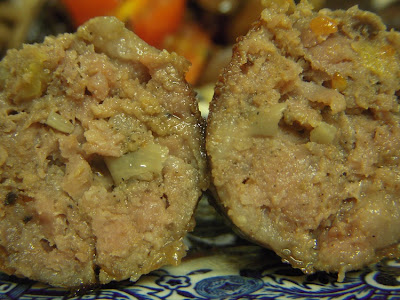 It was liver after all.  I was right on that one.  Mazzafegati is traditionally a pork liver sausage from Umbria.  The flavours here are dynamic and decadent, and they’re not let down by the texture.  It’s perfect.  Slice one and marvel for yourself.  It falls apart with even the merest of encouragement, it’s surely the blueprint for how all sausages should be made.  The skins are the real deal too, and peel back provocatively then sliced. 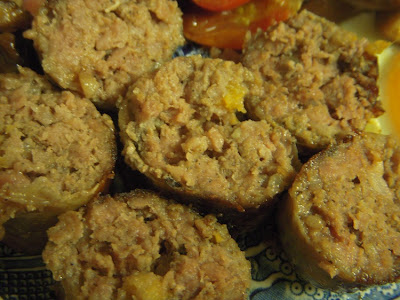 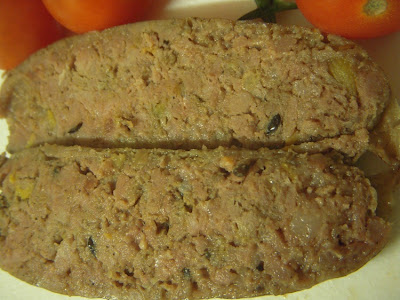 These champion sausages inspired me to my favourite line of the entire year...."As Jeff Stelling might say, they’ll be dancing in the streets of Mazzafegati tonight...." 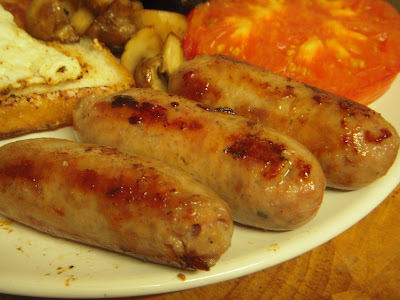 Very good quality Blythburgh pork, the standard is clear to taste.  Butcher Gary told me and showed me examples of the prime cuts that are used to fill these sausages.  There’s no rubbish in here, and as Canadian rockers Sum 41 would say, it’s “All Killer, No Filler”.  The pork is juicy and delicious. 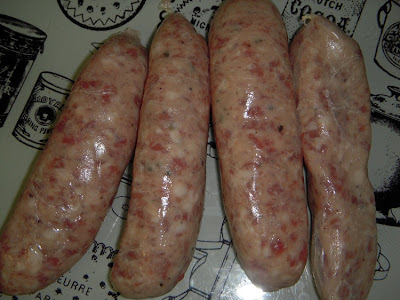 “Oh my goodness, oh my goodness”.  Fans of the mighty Adam Richman, and his perfect TV show Man Vs Food, will know that “OMG, OMG” is shorthand for “Good Lord, Janet, this food product is truly of the most magnificent quality.”  Boyce’s bangers are piggy perfection, seasoned subtly to perfection and providing a full, deep mouthful of sausagey heaven.  The flavour is....big (sorry, sometimes I can’t describe what I’m tasting) and I thought I detected a hint of tomato?  Or something else a bit veggie?  Maybe not.  There’s no over-salty afterburn, no spicy nip, just a magnificent, delicious flavour that would make Adam Richman weep with joy. 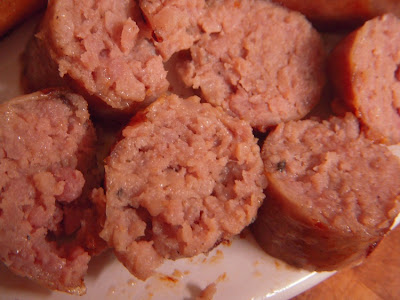 Bronze this year is awarded to Worzal's Traditional Pork Sausage.... 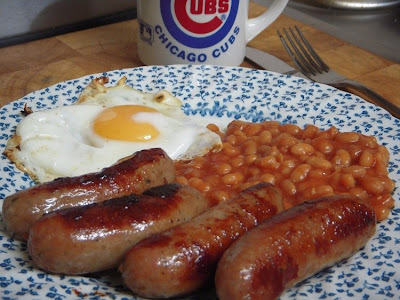 Fruity at first taste, there are so many flavours colliding.  There’s a fruity sweetness that may be provided by red and green peppers (you can see scraps of the peppers in some slices of the sausage), and a mildly spicy afterglow, courtesy of the very visible mustard seeds (I’m writing this without looking at the listed ingredients, let’s see how close I get).  Good quality juicy pork is the backdrop throughout, and the seasoning is low-key but adequate.  What else is going on?  I’m not expert enough to decipher everything, you’d need to ask Mister Stephen Plume, the Sausage King, to deploy his superior taste buds I’m afraid.  In summary.....”Cor!” 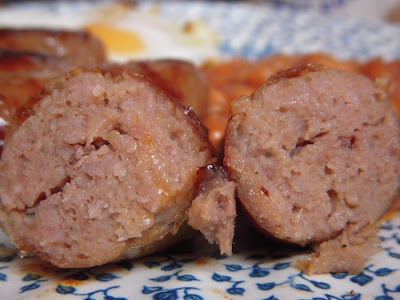 
And the fourth place banger, mentioned in despatches, is Grasmere Farm's Pork & Stilton, 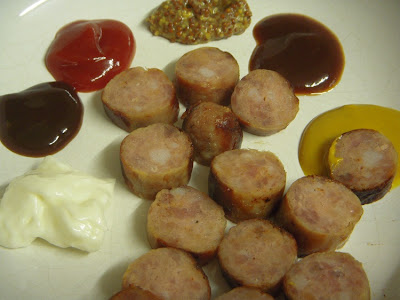 Oh wow!  So super-flavoursome!  The stilton is slightly dominant here but the pork doesn’t roll over and surrender – why would it?  Quality ingredients are obviously present, and if you like cheese and you like sausages, well, you just have to sample Grasmere’s Pork and Stilton’s for yourself.  A few weeks ago I grudgingly praised Tesco and their Pork and Red Leicester sausages – the first time I’d tried the pork/cheese combo.  Well, these beauties knock the socks off of those, the cheesiness is voluptuous and velvety, and a perfect companion for the pork.

I might not be able to actually taste them, but I like their name, Fruitpig.
Merry Christmas Sausage!