Is nothing sacred, or safe from meddling European beaurocrats? 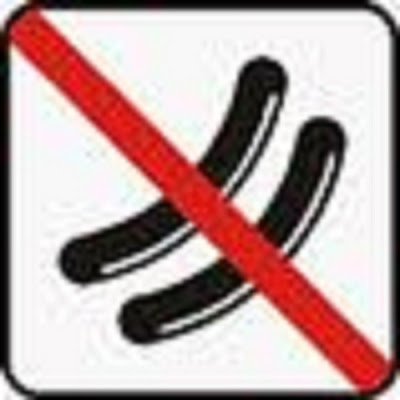 Hidden in a dense and dry EU Common Agricultural Policy amendment, set to become law with effect from July 2012, is an almost-unbelievable diktat regarding the straightness of sausages.  The document starts inoffensively:

"Making the EU's Common Agricultural Policy (CAP) more equivalent will be vital for environmental as well as economic reasons, Dublin professor Chip O’Larter told the EP's agricultural committee. The Commission proposes to reform the CAP in order to introduce more sustainable practices by giving farmers and meat-product-producers financial incentives to change the way they operate. Professor O’Larter, of Trinity College in Dublin, said in a report he presented to the committee on 19 March that doing so was urgently needed."


Most importantly, the next paragraph follows, several pages later:

"With regard to sausages of all varieties there shall be no variance in alignment within each unit of more than 5 degrees between ends.  To this end natural sausage casings will be added to the Prohibited Foodstuffs code, and synthetic casings should be substituted in all cases.  Research led by Dr Otto Dogg at Heidelberg University has demonstrated that they have proved to act in a more predictable manner, therefore reducing the number of mis-shaped wurst and sausages.  Only manufacturers working under Protected Geographical Status markers will be exempt from this legislation."


So prepare to say goodbye to the wonderful, funny-shaped banger that we know and love, and say Bonjour to strictly regimented, straight sausages instead.


I'll be writing to my MEP about this scandal, please leave your own comments below for me to include in my letter.  You can read the entire report here:  European-Article-1968-1-07-2012

I am writing to you to ask your opinion on an upcoming EU rule that
affects my hobby - sausages! I write the UK's second best sausages
website, reviewing and promoting local butchers' sausages, and today I
have written an article explaining the forthcoming "straight sausage"
decision.

Would you support a campaign opposing this change if I started one?

Thank you for taking the time to read my letter,

Vicky Ford MEP replied, "Yes.  But its such a ludicrous idea that I can't believe its a serious suggestion. So will check with colleagues on agriculture committee first."

David Campbell Bannerman MEP replied, "Thank you for our email, you should be receiving a response from me shortly."


Andrew Duff MEP replied, "Banning bendy sausages is an outrageous imposition on the dignity of the British sausage-making industry and I will fight this proposal to the very end.

Many years of sausage-eating has convinced me that the ideal curvature of the British sausage is one of 11.5 degrees, and no bureaucrat will persuade me otherwise.
I would however be willing to negotiate with fellow MEPs on a bend range of between 5 and 15 degrees, on the condition that exceptions be made for some regional varieties of sausage. The Cumberland in particular benefits from an even greater bend, and is almost impossible to straighten out.
Whether the sausages bend downward towards the pan, or sideways, will also be a factor in my final decision."

This strikes me to be a first rate April Fool gag and I compliment you on
your ingenuity. The thought of Vicky Ford MEP asking colleagues on the Agri
Committee about bendy sausages has me very amused."


And thank you to Kilian Bourke, a Lib Dem county councillor in Cambs, who took the trouble to use Twitter to pose the question.  It's what you'd expect from the Euro-sceptic Lib-Dems, well done mate, let's shit-can the EU!


A massive thank you to all the public figures who I have caused to waste time on a blatantly spurious April Fool's joke, I'll give you all the benefit of the doubt to claim that you knew All Along.....and to those who couldn't be arsed to do anything, I hope you get voted out as soon as possible.  Long live democracy!

Very very good Simon. If it wasn't for the names, I'd have fallen for this - we all know what European Policy is like!
And yes, I did click the link as well!

After the bananas, the sausages were bound to be next...lovely!