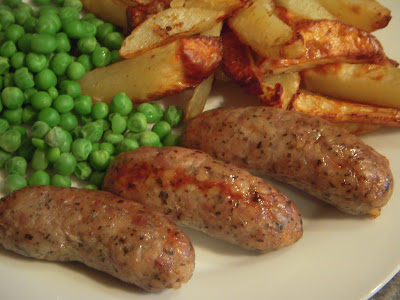 “A perfect sausage”. Does such a thing exist?  According to the huge banner proudly displayed behind the counter at Southern & Thorpe in beautiful downtown Ruskington it does....

The banner is based on Southern & Thorpe’s (from now on referred to as S&T) success at the Poacher food competition which is held biennially in Lincolnshire. For the sausage contest the judges approach each sample with a starting score of 100 and deduct points as they go through the tasting process. At one competition a judge sampled S&T’s Lincolnshire sausage and couldn’t find any way to take points away, thus declaring that they were “A perfect sausage”. Quite a strapline. I was fascinated to be eating a product with such a successful heritage. 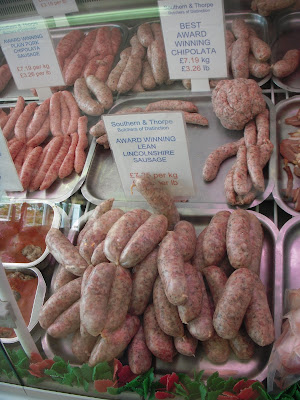 While I was in the shop a yummy mummy known as Sharron came in and was effusive in praise. “When I was pregnant my craving was for these Lincolnshire sausages. And ever since my daughter was born, she will only eat their Lincolnshire sausages.” Which is surely a sign that these bangers reach places that your Tesco and Lidl atrocities will never reach. An unhealthy diet for the daughter I think, but if you’re going unhealthy, go quality unhealthy! 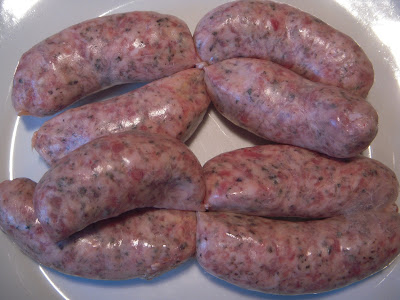 Where To Find Them:
In Ruskington, Lincolnshire. This  is a large village through which a picturesque beck babbles, and the duck population is a major feature. Traffic often comes to a standstill as a mother duck leads a line of ducklings across the road, so be alert. Ruskington was recorded in The Domesday Book as Rischintone, meaning “farmstead where rushes grow”. This is of Scandinavian origin, suggesting that Ruskington was once home to hordes of horny-helmeted Viking invaders. Nobody is likely to slice off your head with an axe these days, so please feel safe to pop into 3 High Street and ask for Neil (more of him later). If you’re using SausNav type in NG34 9DY. 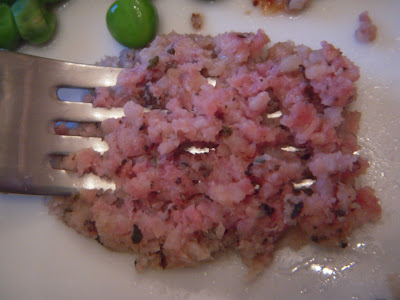 
No Stans on view at Southern & Thorpe....the staff are mostly ladies! So we’ll make up a new Rate My Sausage word and call them Stanettes. And the Stanettes are super-helpful and friendly. Nice work S&T. 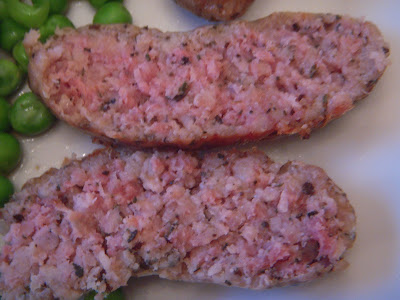 Flavour:
There is no greater compliment than that these sausages remind me of my childhood, in a very good way. We all have some rosey tinted glasses when we think back, but these bangers just take you back to family tea after PE on Thursday afternoon. So warm and cosy.  These sausages are absolutely delicious.  The seasoning is right, the saltiness backs up the main flavour of the pork. The meat is delectable, juicy with a hint of heat that doesn’t dominate.

Biggest praise though must be - my awesome girlfriend Ruth said “I might and go and have another one.” Which she did. And it disappeared at a rate of knots. Poor Ruth was not to know of this obsession of mine before we got together, so it’s to her great credit that she actually puts up with it and also embraces it. 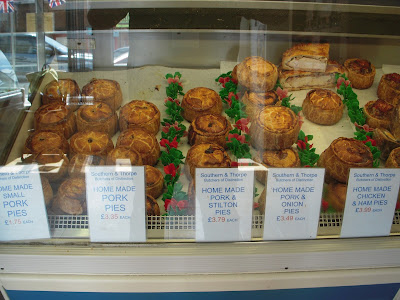 Texture:
First cut into this sausage....”Snap”.  Natural casings is already a plus point. Super crumbly as you can see from the pictures, cut very coarse which is fabulous. When you slice them they almost fall apart, but not quite. Herby, sagey, and oh so more-ish. There are small knobbles of sausage on the plate when you eat them which is great, a lovely way to end the meal. Just as an extra plus point, these sausages are different shapes and sizes both before and after cooking, we like! 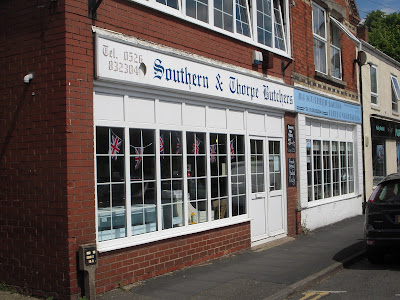 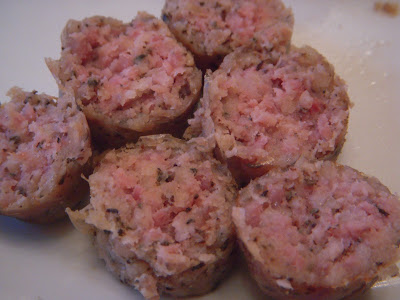 
We rate this as absolutely bloody briliant value for money.

Junior Sidekick's Three Word Verdict:
Sam was not around for this test but he will be eating a lot of them in the future. He’ll taste them, he’ll squish them, he’ll approve and he will scoff! And we’re taking on a new recruit to Rate My Sausage who is keen to tell you about his personal fave butcher products.... 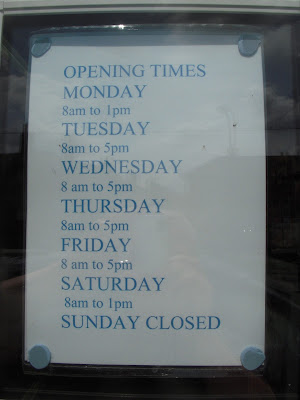 Opening Hours:
See for yourself. 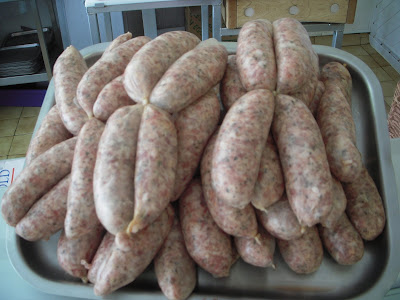 The "Aah, Bisto" Factor:
Very little aroma out of the bag, but wow, after cooking these sausages smell completely of great meat, good herbs and spices and utterly like the sausages you ate when you were seven years old. And that is a rather wonderful thing.


The Imaginatively Titled Next Day Cold Sausage Test:
We sliced these suckers up and sprinkled them onto scrambled eggs on toast. The sausages were fantastic yesterday, and did not disappoint the day after. The fridge as always encouraged the sausage to close up and firm up. Whereas yesterday was a loose cavalry charge of flavour, the cold version has “formed square” and stands solid, firm and wonderful. I can’t decide whether I like them better hot or cold, both are adorable. 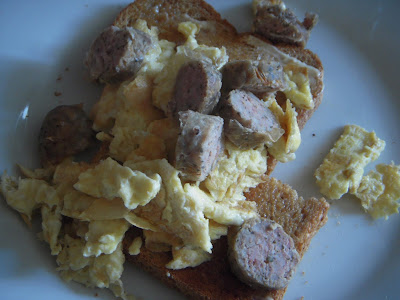 
This is the first of our Lincolnshire Sausage Season reviews. And blimey, the bar has been set extremely high. We adored these sausages and went back to buy more. Do yourself a favour and visit Ruskington. We started this review with the question “perfect sausage?” Well......maybe.....
Posted by Rate My Sausage at 19:17