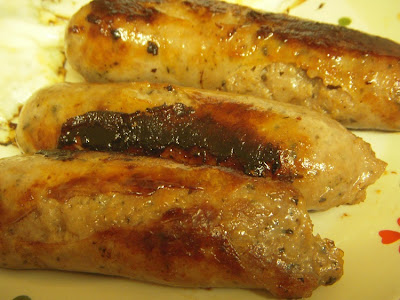 Rayment was the first butcher I found when I first visited Ely back in 2010, and we reviewed their   Traditional-Pork  sausages, finding them herby, meaty and excellent value for money – could their Norfolk variety match up?  I introduced myself when I walked in and was alarmed to see a crispy, yellowing copy of the original review produced from under the counter!  Checking that my exit route to the door was clear in case the next below-counter surprise was a finely honed meat cleaver with my name on it, I tentatively asked if I could run another review.  “Of course you can” was the reply, leading to immediate blood pressure reduction and significant sphincter readjustment.  Phew!

Everybody has heard of the famous Lincolnshire sausage, right?  Of course they have!  But Norfolk is a very important county for the production of top quality pork, so why isn’t there a Norfolk sausage?  Well, there is!  And you can find them on sale at W Rayment in Ely.  Enigmatic boss Lawrence (star sign Cancer, lucky number 3) was behind the counter when I recently visited, as part of my Ely Farmers Market expedition in August, and he filled me in on the whys and wherefores of the whole Norfolk Sausage story.  To cut a long story short the recipe was designed by “old school legend Derek” (Lawrence’s words, not mine) as an attempt to invent a banger worthy of the title.

Are the sausages up to the task?  Read on to find out.  And, whatever you do, do NOT ask Lawrence if all women are the same, or whether there’s a wife number four on the horizon - that meat cleaver may yet be raised in furious anger! 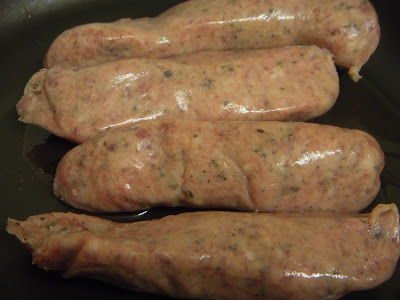 Meat Content:
Listed as 68%, tastes more.  The pork is flavoursome in a slightly different way – it tastes.....hot and sweaty, like pork straight out of the piggy gym (that isn’t meant as a criticism by the way).  It’s juicy and there’s plenty of chunkiness to satisfy your carnivorous cravings.  I didn’t find any “dodgy” bits either, which is slightly disappointing for Rate My Sausage but good news for the more normal sausage-buying public.

Flavour:
Have a quick look at the uncooked sausages, and note the abundance of different coloured flecks lurking under the skin.  I was expecting herby, spicy yumminess judging by the pre-cooked look, and this was backed up by the way that the individual slices appeared.  I wasn’t disappointed.  Lawrence and his crew are trying to create a variation on the Lincolnshire recipe and they’ve done a pretty damn good job with their Norfolk Pork Sausages.  This banger is warm and well designed, with a tasty combination of seasoning and a delightful slap of heat to boot, and were just the job after a very soggy afternoon on the allotment. 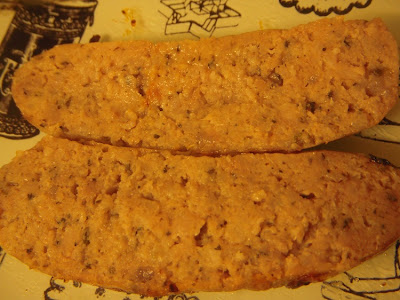 Texture:
Quite small cut, unlike the stereotype Lincolnshire recipe, but when you probe and push the individual pieces they separate very nicely and obediently.  If you keep a slice in your mouth for a few moments the texture comes into its own and you can taste and feel the component parts splitting apart and delivering a lovely sausage-eating experience.  And, as a bonus, different slices give you slight variations in texture when you eat – very good!

What a fine statistic for Rayments, big bangers before and after visiting the pan.  Good work Lawrence and Derek, keep it up! 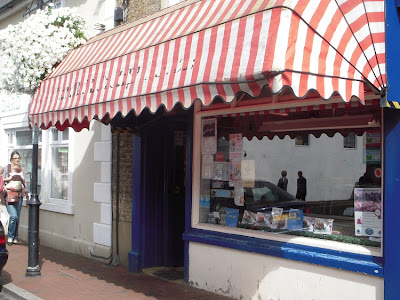 Through A Child’s Eyes:
Junior Sidekick not on duty. 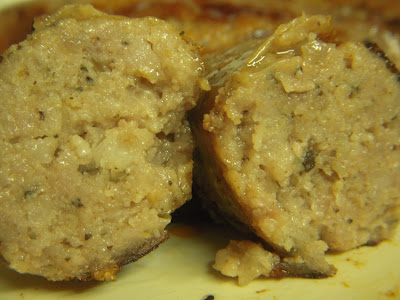 The Imaginatively Titled Next Day Cold Sausage Test:
I kept half of the largest sausage in the fridge until the next day – which probably weighed as much as two and a half “regular” samples.  And yay, I did slice the banger into many pieces, And It Was Good.  Biblically good, chilled solidly into paving slabs full of guilty flavour.  You just Have to try these cold!

Opening Hours:
Mea culpa, I didn’t note the opening times.  What a plum.  I heartily recommend a visit though, so you may be well advised to call beforehand to check that they’re open.  The number is 01353 662900. 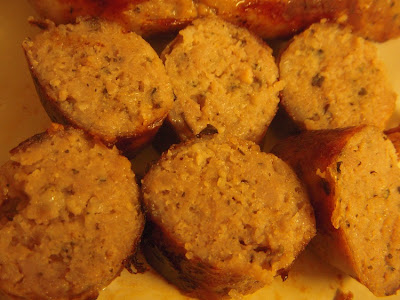 And Finally, Esther:
Variation from slice to slice?  Check.  Erupted ends?  Check.  Excellent candidate to be used as a template for a “Norfolk Pork” sausage?  Check.  I couldn’t really criticise these sausages, and you should buy some soon to see if you agree with me.

Thank you Lawrence and team for a most enjoyable visit, hope to return soon!
Posted by Rate My Sausage at 06:00

Welcome to Rate My Sausage Don me old son! And keep up the good work at Don's Sausage Blog: