Here's a story featuring supermarket giant Morrison's Thick Pork Sausages....actually, according to their packaging they are called "Pork Thick Sausages", somewhat ridiculously.  We reviewed them earlier this year and found them to be Absolutely Bloody Awful - read for yourself: Morrisons-Review


So when we heard that they are now including an extra ingredient in them, it just had to be good news right? 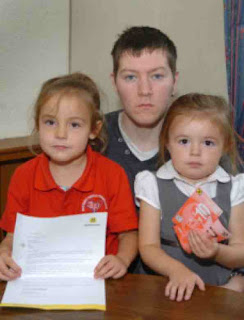 Wrong.  A Dad in Preston bit into the new ingredient - a metal screw - and his story made headlines in the Lancashire Evening Post:

I hope they mentioned your review in the article in the Lancashire Evening Post :)