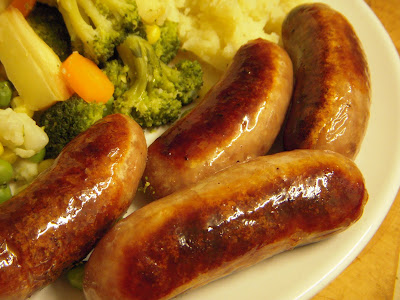 And so to the quirky town of Holt in Norfolk as the search for the perfect sausage continues. H V Graves used to have their own premises in the town but have now moved in to become a tenant of the Bakers & Larners posh mini-department store. They are extremely well-renowned for their provision of hog roasts, so I was hoping for a good knowledge of all things pig, and therefore a great Traditional Pork banger. The Graves counter can be found towards the back of the shop, just before you enter the unbelievably tempting deli area where you’ll encounter oh so many absolutely delicious-looking tempting treats. And go on, treat yourself to something, because the food here is knockout! 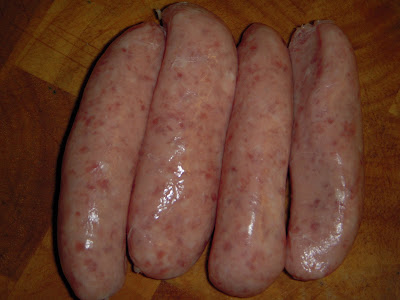 But what about Graves themselves? Well, I visited on a Saturday morning, and there was a steady trade over the counter, with one member of staff on duty. He was extremely knowledgeable about his meat, and butchery, which is always a reassurance. Sadly I left feeling somewhat ignored. After buying the bangers I realised that I hadn’t checked the meat content or price – neither sausages I bought displayed the meat percentage, and only one showed the price – so I loitered (obviously) at the end of the counter to ask for the information. Customers came and went, all served politely and efficiently, but it became clear that I wouldn’t be acknowledged. And that is a very sad state of affairs.


On this occasion I was simply waiting to ask a couple of questions as a nosey parker who writes about sausages – but what if I had been given the incorrect change? Or had only been handed three of maybe four items that I’d asked for? I certainly have no problem waiting my turn for a second time, but to be ignored (and almost pointedly so, it felt) seems to be very poor customer service. I waited for fifteen minutes and then departed, feeling rather un-valued as a customer. It felt as if they already had my money, and now I was not important. 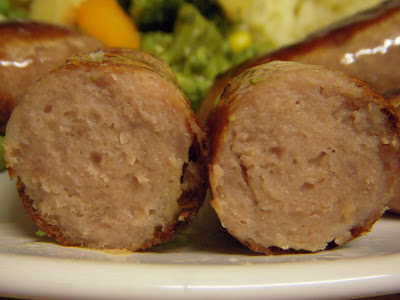 However, this is a blog to try out sausages, not customer service, so on to the bangers:


Meat Content:I don’t know what the meat content of these sausages is, I didn’t get the chance to ask! Judging by my, literally, months of experience, I’d say about 65-70% would be close to the mark. Disappointing, and maybe on a par with the Royal_Blue_Meat_Company of Wisbech. Have a look at the sliced photos and see what you reckon.


Flavour:I felt that there wasn’t enough seasoning here. The mild, inoffensive flavour seemed more reminiscent of a Walls_sausage than a proper butcher’s banger, and that is a pity (they look quite similar too).

Texture:
The consistency of these puppies was “very fine” – there’s not too much to chew on. The casing crisped surprisingly well but too evenly, which leads me to suspect that there are almost certainly additives in here? The meat was rather pink with little variation in colour throughout – not a lot of discernable bits and pieces for the reviewer to investigate. 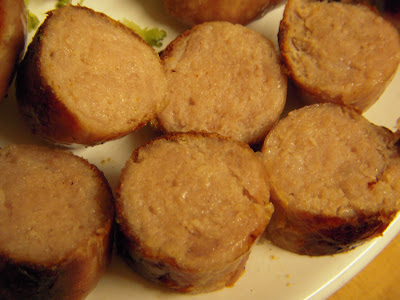 Slightly better than average on the shrink-o-meter.


Value For Money:I wasn’t able to establish the price, but I did try. I did get the price of their Pork & Apple bangers though, and I know the total price I paid, so, when I review the P&A’s I will be able to extrapolate the price of the Traditional Porks too. Do I take this too seriously?


The Bisto Factor:Mmmmmmmm! These bangers did smell lovely while frying. It’s tempting to tuck in before they’re cooked properly....yes, they smell THAT good.


In Summary:Are Graves’ resting on their laurels and assuming that all the customers who frequent their host’s premises will buy their sausages, just because they’re there? These aren’t the worst sausages that we’ve tried, but in my opinion there is room for this firm to up their game. 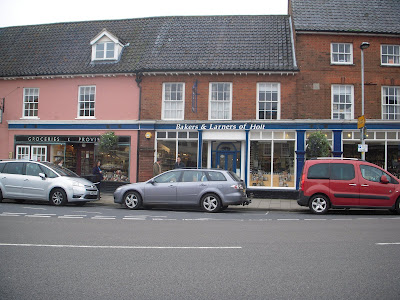