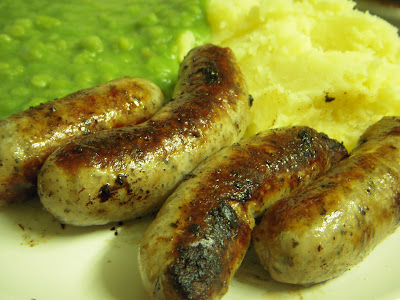 Meridian Meats present their Best Lincolnshire sausage. It’s the first version of the much-loved Lincolnshire banger that Rate My Sausage has tried, but won’t be the last. But before the review, a little background information. I recently visited the market town of Louth, which nestles in the heart of the Lincolnshire Wolds, and was pleasantly surprised by the place, which is one I thoroughly recommend to visit should you have the opportunity. The local council, or the populace, must have taken it upon themselves to try to keep Louth as a traditional small town, and the lack of big chains in the shopping area is wonderful. Instead you find a Pandora’s box of individual, often quirky, shops that are a delight to mooch round. No mass corporate gentrification here, well done Louth! 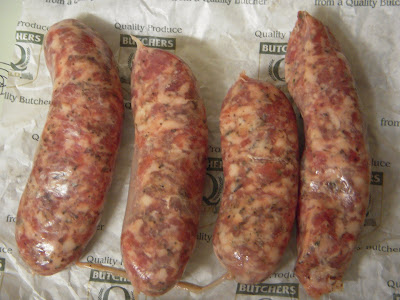 And one of those small independent shops is Meridian Meats. The name holds a curious coincidence in itself – Meridian Meats was founded as small-order firm and upgraded to a farm shop at nearby Tetbury in 2005. Later they moved into the current premises in Louth, and the building straddles the “Zero Degrees” line of longitude upon which Greenwich lies – how superbly apt for a company called Meridian! Check out their awards for yourself at: http://www.meridianmeatsshop.co.uk/


(Incidentally, if you notice on the photo, the shop next door is called The Cheese Shop – no explanation needed – and what a bloody great shop that is too. I bought some lovely stuff there. And you may also notice the pic of the Hairy Bikers – they’ve obtained cheese from there for their shows, so the quality must be – and is – exceptional). 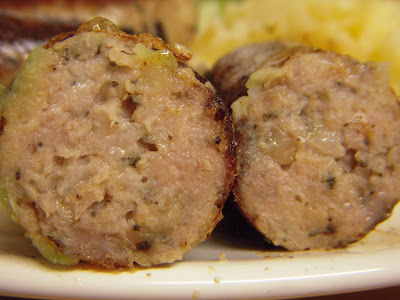 So, the “Lincolnshire Sausage”. It’s being put forward as a protected brand within the European Union guidelines – nobody outside Lincolnshire should be able to claim their bangers are Lincolnshire ones unless they’re made in Lincolnshire to traditional methods – hopefully this will be a major kick in the teeth for some of the major producers of utterly disgusting “sausages” like Walls, Tesco, etc, who peddle their own low-quality versions of the “Lincs”. With no previous “rating” of a Lincolnshire, Meridian’s offering will blaze the trail.


Meat Content:
85% according to Meridian, and these do taste VERY meaty – I think 85% may be another deliberately low figure to ensure that the bangers pass any Ministry examinations with flying colours. With any good quality sausage it’s fantastic to chew down on some obviously high quality pork – Meridian use rare breed meat in their sausages and it is extremely flavoursome. 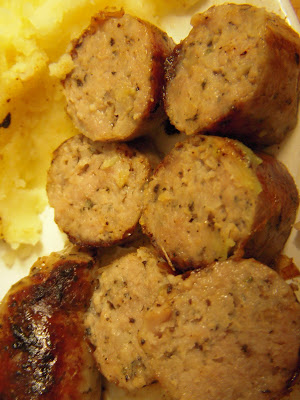 Flavour:
This is an unassuming sausage that delivers an eating experience more complex than you may expect. Subtle, and juicy, and herby, with no “sharp corners”, simply a rounded fulfilling home cooking flavour that ticks all the boxes of a classic comfort food. These bangers look so inviting before you cook them, with the livid red hues of the pork contrasting with darker herbs and light fatty bits (hey, we’ve all got them).

Texture:
A most solid sausage and delightfully firm, offering an enjoyable amount of resistance to both knife and teeth. The casings are natural and therefore rather unpredictable - two of these chaps split slightly, which isn’t necessarily a bad thing as the sausages cook differently to each other and provide a range of crispness. Meridian’s Best Lincolnshires are bound together very well, and took quite some pulling apart. They were quite a coarse cut as a Lincolnshire sausage should traditionally be (correct me if I’m wrong, please!). 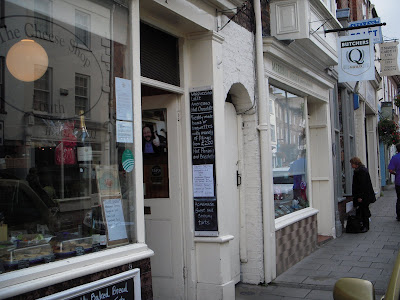 Shrinkage - 21% - higher than I had expected. But maybe Lincolnshire sausages shrink s bit more? We shall see.


Value For Money:
£2.06 for four sausages weighing 305g - this works out as a price of £6.75 per kg, or 51p per snorker. The advertised price is £6.65 so a little something is lost in translation here. On the pricey side, but these are a very good sausage, and I class them as good VFM. 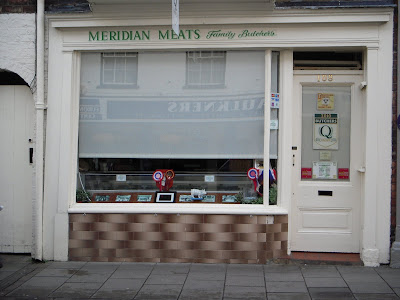 They look gorgeous, don't they? Both raw and cooked.

Another great review! And did you know the chap at Meridian meats was Young Butcher of the Year?

If you enjoy Lincolnshire Sausages, I have make my own step-by-step guide to making your own at home.

This guide is available free or charge here: http://www.sausages-sausages.com