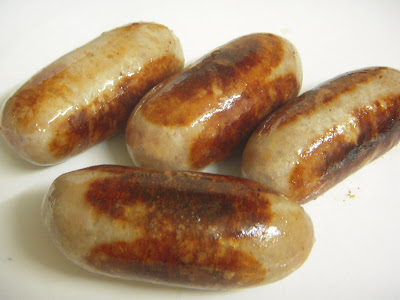 You’ll find Giffen’s shop at 55 Lynn Road, Gaywood, which used to be a separate place many moons ago but is now part of King’s Lynn itself. It used to be called the Meat Market but is now under new ownership. The chaps in there certainly know their stuff, and may I suggest that when you visit them you buy one of their superb “Smokey Joe” bacon and sausage creations. They’re bloody lovely.
.
.
Anyway, back to the Pork Sausages….
. 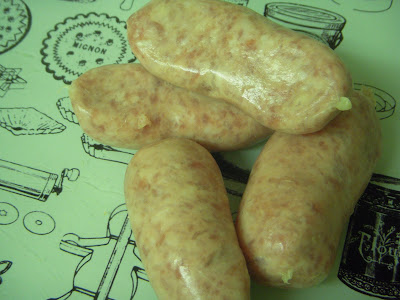 Meat Content:
Another early example, therefore I don’t have the claimed meat percentage. These aren’t the porkiest bangers into the RMS frying pan, but still miles meatier than, for example, The Dreaded Richmonds.
.
.
Flavour:
A mild-mannered, more-ish mouthful that won’t overpower your palate. I think these sausages would be a great accompaniment for other strong-flavoured ingredients such as a powerful black pudding, good quality mushrooms, etc. If sausages formed a rock band, Giffen’s would be the bass player. 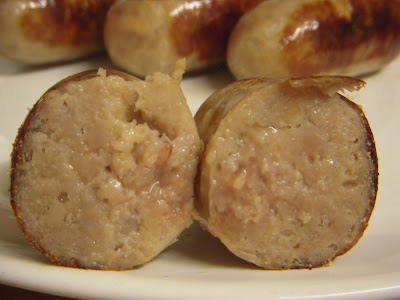 Texture:
Smooth, very fine, you could maybe even get away with bland, texture-wise. They are a very solid sausage, small but perfectly formed, just like me. Giffen’s Pork Sausages would probably appeal to children more than to adults in my opinion. 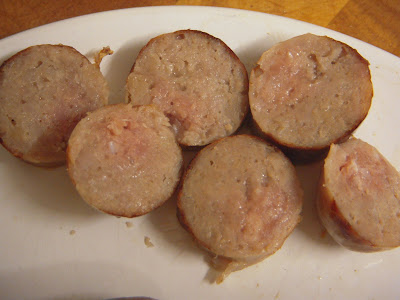 Shrinkage:
Average weight uncooked - 63g
Average weight cooked - 61g
.
Shrinkage - 2%
.
It’s a record! These sausages have the lowest shrink factor so far, by some margin. Great work Giffen’s!
.
.
Value For Money:
£1.40 for 4 sausages weighing 250g - this works out as a price of £5.59 per kg, or 35p per snorker. These are an inexpensive sausage by anyone’s standards. If you’re budget is a little tight then you MUST buy these bangers and not some supermarket abominations! 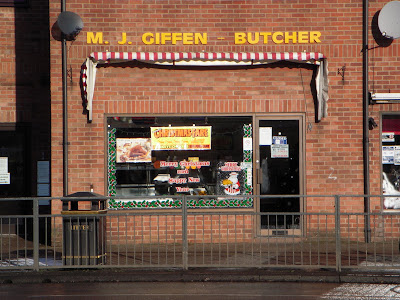