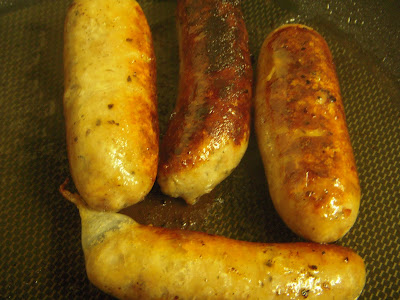 We‘re paying our first return visit in Rate My Sausage‘s history, returning to Bower‘s of Gaywood. Their Traditional Pork Sausages were the first that we tried, and set a truly impressive benchmark for the rest to try and match.


These Lincolnshire Pork & Sage are the most expensive sausages so far - would they justify the price tag? 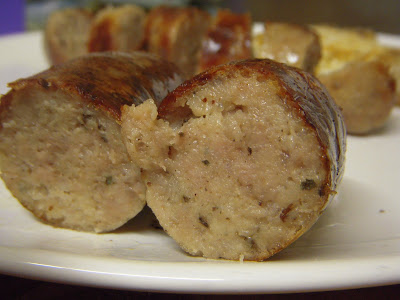 Meat Content:
Absolutely jam-packed full of the stuff! These Pork & Sage jobbies tasted like they had a higher meat content than the previously road-tested Bowers’ Traditional Porks, but I don’t know that as a fact. These are extra large sausages, and contain almost half a dead pig each. Probably.


Flavour:
These may be called Pork & Sage, but the foremost taste was peppery. The Bowers boys certainly weren’t shy with the seasoning when this batch of bangers was being made, and the spiciness was the sharpest I’ve encountered yet. Not unpleasant, as I do like my pepper, but powerfully present, and maybe too strong to a child’s tastebuds. I ate two for breakfast and felt completely full afterwards!

Texture:
Solid, as you’d expect. You can see in the picture the sliced banger in the background - a chainsaw would be as useful for cutting through these mighty monsters as a knife and fork. These really are big ‘uns, and substantially chunky all the way through. The filling seemed slightly less coarse than the regular Bowers Porkers, but don’t let that put you off, these are the real deal. 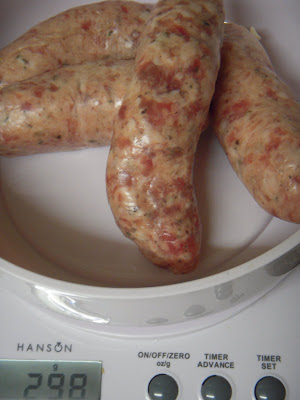 Value For Money:
The four sausages, weighing 297g, cost £2.88 - this works out as a price of £9.70 per kg, or 72p per snorker. As mentioned, this is the most expensive sausage so far. They are also the biggest, so you can definitely apply the old “you get what you pay for” saying here. I think the price is rather steep - but the sausages are superb.


If there was a category in my tests for Shape & Size Variation - in which sausages would score highly for cooking into different, well, shapes and sizes - these Lincolnshire Pork & Sage beauties would gain top marks. One of them even did its best to transform itself into a scale replica of a pig’s trotter. Great stuff. 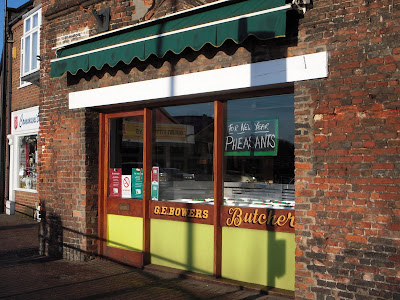