D R Milton‘s is a tiny village butcher‘s shop which you‘ll find on Gayton Road in Grimston, near King‘s Lynn. The outside of the shop features the traditional tiled frontage, in this instance a really attractive diagonal chess board pattern in a delightful variety of blue hues. Inside there’s a small “front of house” area, with the freezers and prep areas “out the back” (unlike Grimes’ - see last week’s review).

In Milton’s I was served by the one and only Graham Milton, and he was extremely friendly and helpful. I would have stayed longer for a chat but a steady stream of customers put paid to that idea - a shame for me, but it shows the popularity of this little shop, and its importance to the village way of life. The Miltons must dine well too, they take an hour and a half for lunch every day! Good luck to them. 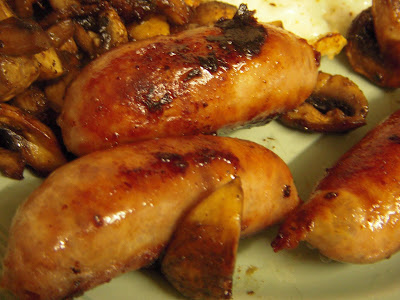 Meat Content:
I didn’t obtain the figure - again. I will try harder in future. There is definitely quite a lot of meat in there though, and they have a much meatier quality than, say, The Dreaded Richmonds (TDRs, for future reference). I was surprised when cooking them though, there was a more than average amount of liquid produced by these sausages, suggesting…..what? Higher fat content? More filler? So - good meat content, but not great. 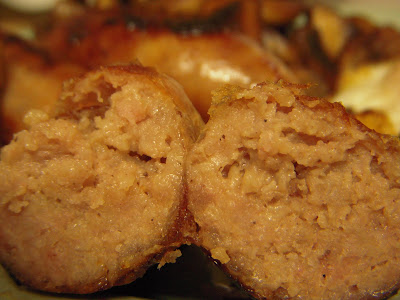 Flavour:A nice, homely taste to these, another sausage which will remind you of carefree childhood tea-times (did you used to flatten your mash with your knife, then score lines on it with your fork?). Another of the shorter varieties we’ve tried, which is another old-fashioned characteristic. 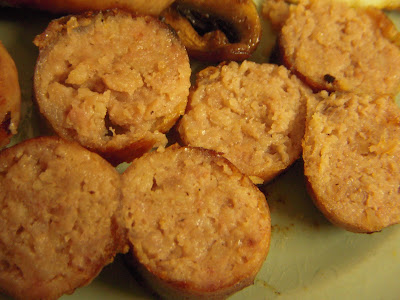 Texture:These cut up nice and coarse, and contained lots of decent-sized pieces as you can see from the six slice photo. The casing was tougher to cut through than normal, whether Milton’s use something different I’m not sure. That’s not a criticism, as you’ll know I like a good crispy case if you’re a regular reader. A serrated knife would be best, or very sharp normal ones, but the casing definitely adds to this banger in my opinion. 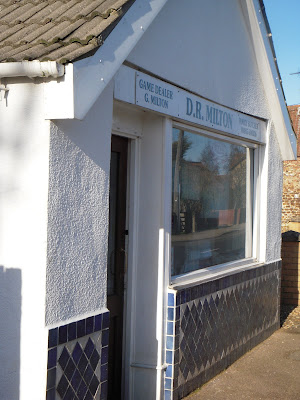 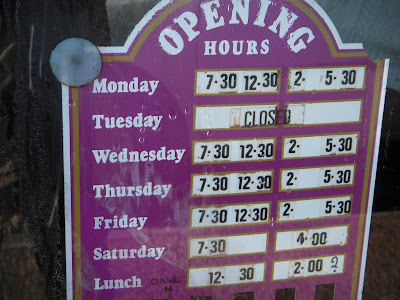 Value For Money:£2.09 for 8 sausages, weighing 462g - this works out as a price of £4.50 per kg, or 26p per snorker. I think this represents great value for money. They did shrink, but to be able to buy eight hand-made bangers for just over two quid is pretty damn good. Especially when compared to dodgy supermarket own-brands. Don’t just take what I say as gospel, why not try them for yourself?