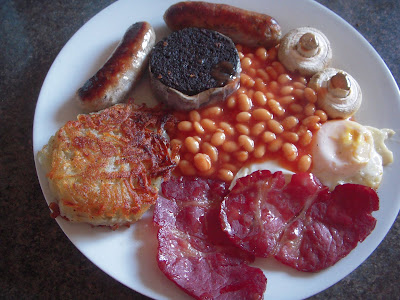 Ancaster is an attractive village in south Lincolnshire, halfway between Sleaford and Grantham. In days gone by it was a Roman settlement and it lies on the Roman road Ermine Street, where said road crosses the modern day A153. There are two nearby nature reserves, each of which is a Site of Special Scientific Interest, dedicated to the Tall Thrift plant, which is native to this area of England and a vulnerable species.

Ancaster Butchers is located on what appears to be the “high street” in the village but is actually the existing route of Ermine Street. You should be able to park nearby on the roadside. If you are using SausNav type in NG31 3PW.  There is a website with a nice “About Us” section here: ANCASTER BUTCHERS 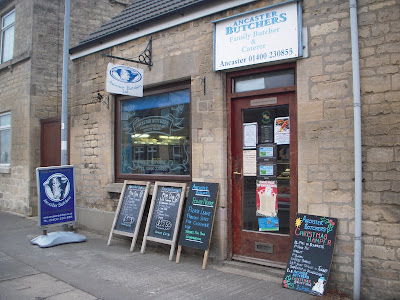 I visited Ancaster when I was collecting chipolatas and streaky bacon for our Pigs In Blankets Taste Test before Christmas (see how they turned out in the last three photos of this review). While I was there I also bought some incredibly thick pork chops which were absolutely bloody lovely – when you pop in be sure to get some yourself. But how did their Lincolnshire sausages rate? There’s only one way to find out – read on.... 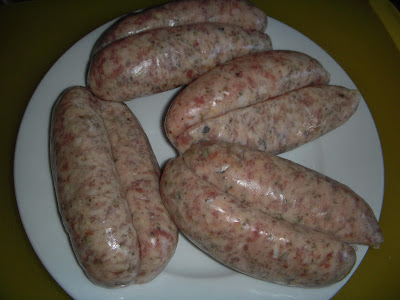 Stanwatch:
The cosy shop space backs onto a longer preparation room which was a hive of activity when I visited. The meat masterminds are Luke and Spencer, who also build the bangers. I was served by the very helpful Becky. Efficient service and lots of warm smiles is a great combination. 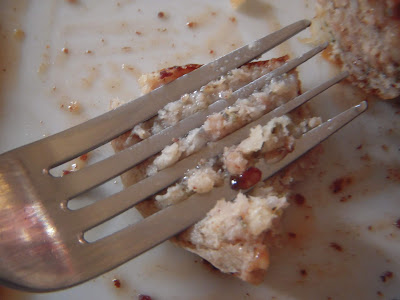 Flavour:
After a couple of peppery Lincolnshire offerings these samples were refreshingly light on the stuff, just as they should be. There’s a gentle sage flavour throughout, and the overall taste is rather mild. These bangers are inoffensive. If Ford Prefect was a sausage reviewer he’d say they were “mostly harmless”. That’s not to say they are not worth eating because I enjoyed them a lot, it’s a good choice for your full English breakfast.

Texture:
My notes start with “Fine, firm, manly” which isn’t a bad three word summary. In fact it’s a very good combination. They firmed up very well in the pan and resisted strongly when we tried to squish a fork through the filling. I did notice some rather obvious stripes developing while cooking which is either down to my poor kitchen skills or the presence of something artificial in the sausages. I’ll have to have some more soon to check this out. The skins were commented on as “average”.

By the way, I'm not saying that The Powers That Be consider this blog to be a threat to the fabric of society, but I was buzzed by a pair of Apache helicopters as I left....just saying! 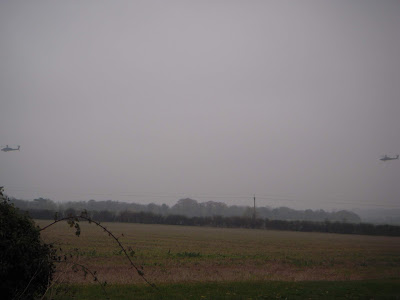 Value For Money:
£3.90 for 8 sausages weighing 466 grams. This works out as £8.37 per kg and 50p per banger.
We rate this as good value for money, a decent price for a nice example of the Lincolnshire sausage. 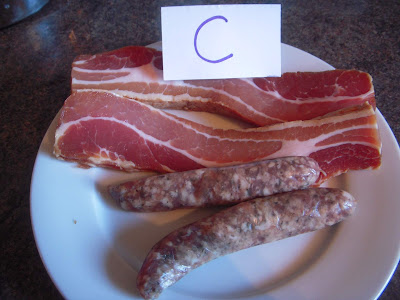 And Finally, Esther:
A decent version of a Lincolnshire sausage which I will be trying again in 2019. 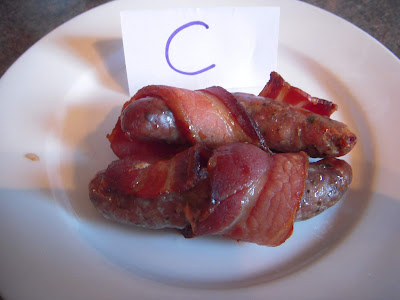