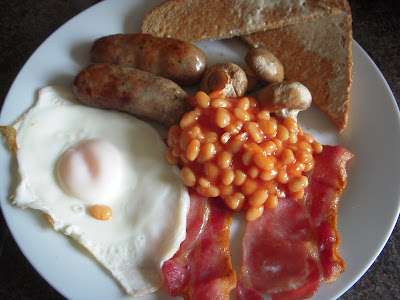 We’ve reviewed pork and caramelised red onion bangers before. You don’t remember? Check out our opinion: Sainsburys Taste The Difference British Pork & Caramelised Red Onion Sausages
How would the second ever sausage of this type get on? Well, read on, dear sausage-lover.... 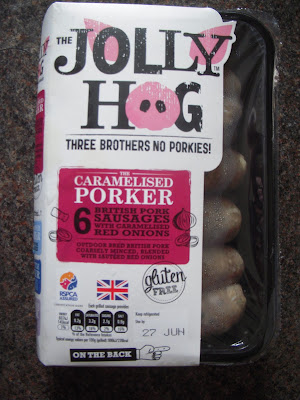 Three brothers, all completely different physically, come together, and magic happens.  Millions of people become fans of the quirky trio and their success knows no bounds. There’s one VERY dodgy moustache. And one of them is deaf? 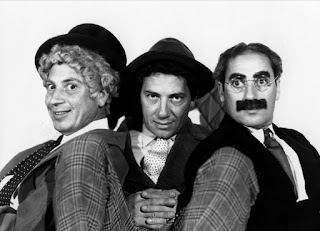 Sorry, wrong three brothers. The Jolly Hog brothers are Max, Olly and Josh, and what a fascinating story they have created.  Read all about it by popping along to their attractive website: Jolly Hog


Where To Find Them:
My lovely partner found these sausages in Sainsburys. I’m not really sure where else you can find them, maybe a click or two on their store finder page will help: Store Finder 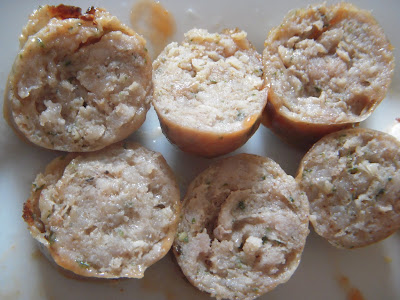 Flavour:
In cowboy films there’s always one grizzled old sergeant in the cavalry who says “It’s quiet....too quiet....” Well my initial impression of this sausage was “It’s sweet....too sweet....” But then I don’t have a sweet tooth at all. A peek at the ingredients shows that sugar and dextrose are added, which surely bump up the sweet factor to a point that I personally don’t enjoy. But my fellow taster, who does like sugary foods a lot more than me, loved the flavour. It’s obviously a personal choice. The onion dominates these so much that the pork is swamped, and you can’t really enjoy its taste. The domination is total, akin to the All Blacks scrum taking on the St Winifred’s C of E Primary School Second XV. The onion flavour is derived from the Red Onion Relish that makes up 11% of the total ingredients. There’s nowt wrong with that, per se, but if I want so much relish with my sausages I’d prefer to spoon it out of the jar myself. And as well as the relish, extra dried onion is also added. For me, 11% relish AND dried onion is too heavy-handed, like six white cops arresting a black shoplifter. 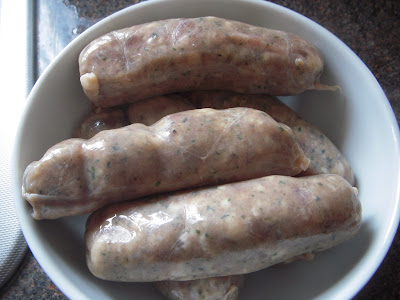 Texture:
A finely ground filling that holds together nicely when cut. The skins offer some resistance to the knife, which is good, but lacks the snap that we all crave. Try to push your fork into the filling and there’s meaty resistance, which again sets these apart from other supermarket offerings. But we LOVE a chunky, massive filling. This filling has been chopped and chopped again, like Gabriel Batistuta trying to get past some Cameroon defenders. Ask your grandad. I’d expected to see pieces of the red onion, but sadly you can’t. Not the best texture we’ve ever found but, equally, so so far from the worst. 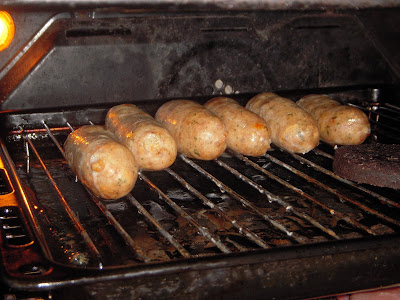 Stanwatch:
No stans on show, obvs. But score one for Harpo, Chico and Groucho.
Junior Sidekick's Three Word Verdict:
Young Sam wasn’t around for this review so here is the opinion of my long-suffering other half Ruth: “Firm, sweet, very tasty – would be ideal in a casserole with lots of other strong flavours”. She’s had a sausage or two so she knows her onions. Even the caramelised ones.
The "Aah, Bisto" Factor:
We broke with years of tradition when preparing these bangers – we grilled them instead of frying in oil. It’s Ruth’s influence, blame her. There was no noticeable aroma forthcoming here, but onion-y wafts aplenty when you cut them open. 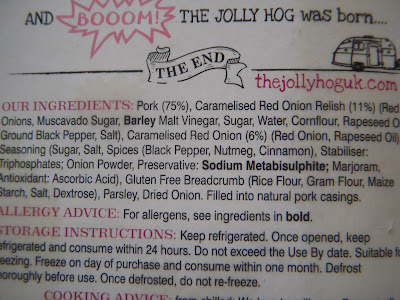 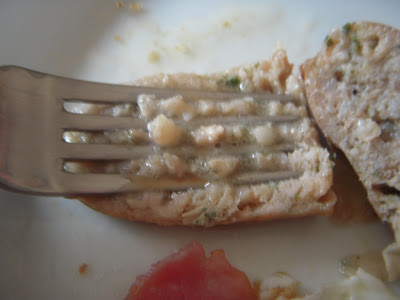 
These were bought in a supermarket, and as such were treated with healthy caution before eating. But they turned out to be better than 99% of other supermarket bought bangers, which is a good result. Pop down to your local Freshco and buy some. And say hello to Reg Holdsworth while you’re there. 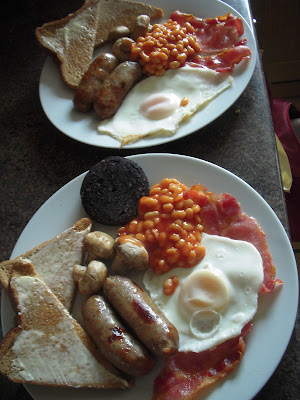