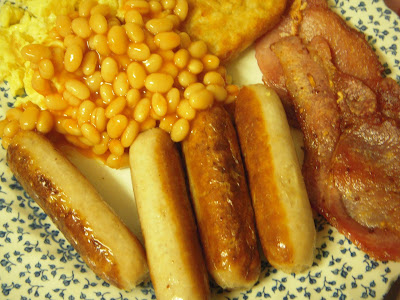 We were determined to give these sausages a fair crack of the whip. So we spent the previous couple of weeks with the occasional "they may be OK" kind of comment to each other, and the immediate hour or two before cooking with a tremendous positive spin campaign, akin to Donald Trump's publicity machine trying to convince us that his hair doesn't look like two balding ginger ferrets wrestling over a carpet tile. Then we realised that you shouldn't really have to psych yourself up to dangerous blood pressure levels just to eat your breakfast. 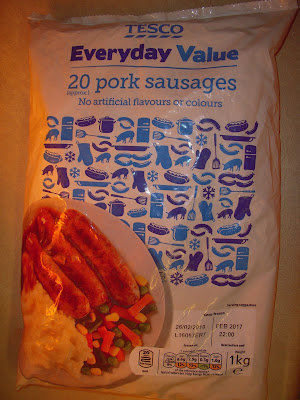 These so-called sausages SUCK. They suck worse than a Poundland hoover. We have reviewed some terrible bangers in our time but these monstrosities stand out like a hard-on in Speedos. Memorably hideous. 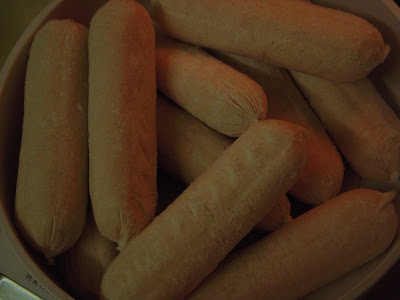 Where To Find Them:
There are more Tesco stores on earth than human beings. Just look out of your window and you'll see one.

Stanwatch:
Obviously we didn't see any stans as these were bought "off the shelf". But I can guarantee that no human beings were used in the producion of these things, just robots. 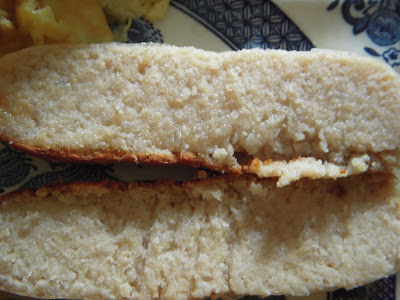 Flavour:
How would they taste? The anticipation was high. OK, we weren't exactly sweating on it like a policeman in a spelling test, but there was a little frisson of expectation. Sadly, inside these sausages there was nothing going on, flavour-wise, whatsoever. A complete lack of flavour. Less taste than playing the Amputee FA Cup second round fixtures over two legs. There wasn't even the usual overpowering saltiness that is the common mark of a cheap and nasty cafe sausage. This wasn't so much a disappointment, more of a confirmation of our pre-test supposition of crap quality. Worse than dire. 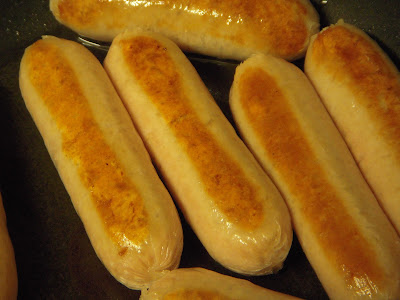 Texture:
You'd have to be as hungry as a hostage to eat these things. There is, literally, zero texture. You could cut these pap-tubes with a week-old, cooked string of spaghetti out of Frankie & Bennie's wheelie bin. Seriously. Junior Sidekick used minimal pressure to slice right along one of them (see picture 6), which is not surprising when you look at the filling. It looks like bread. Tesco Everyday Value bread. Horrendous. When cooking they developed uber-distinct stripes, the giveaway sign that the producer has included low-grade sugars to artificially brown up the banger. 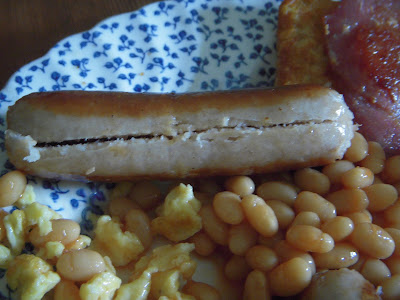 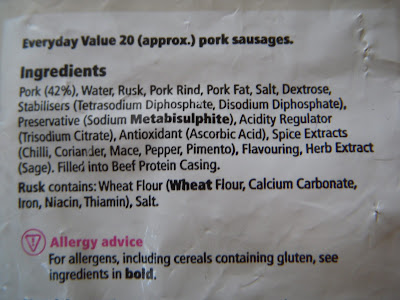 We rate this as no kind of value for money, whatsoever, in any language you choose. Avoid at all costs. 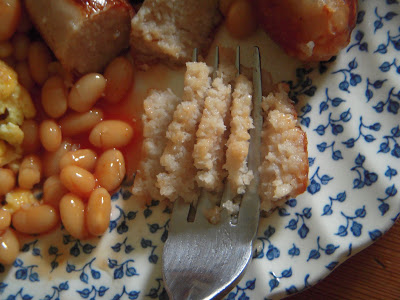 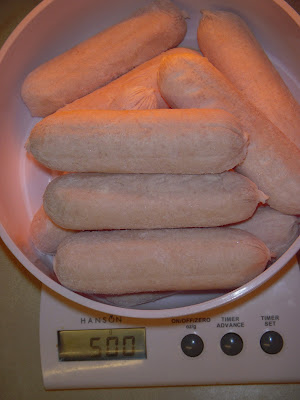 The "Aah, Bisto" Factor:
There was zero tempting aroma from the kitchen while we were preparing these specimens. Which is because there is nothing inside the skin to produce any kind of tempting aroma. What do sodium metabisuplhite and tetrasodium diphosphate smell of anyway?

The Imaginatively Titled Next Day Cold Sausage Test:
There is no force on earth that could persuade me, or force me, to eat these abominations again. Especially cold. After we heroically tasted as many as we needed to form a balanced opinion the remainder went straight in the bin. 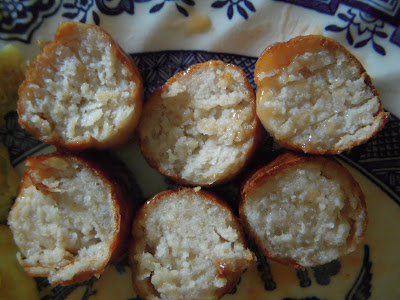 And Finally, Esther:
Worst. Sausage. Ever. Even worse than Iceland's.... 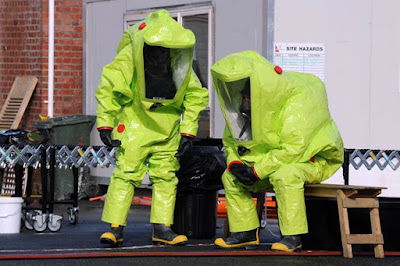 Funny isn't it? A pack of 20 of these "value" sausages will probably end up mostly uneaten and thrown away, making them less a "value" sausage and instead an almighty waste of good money.

Better to spend a little more on a decent quality banger; at least then one can be sure the money is well-spent.

Snobs view of what many people rely on to pad out the weekly food basket. You may have the money to sneer at the taste and quality, but being on benefits many like me appreciate the value lines. In the case of these sausages it's them and beans or just beans. Better hope you are never in my position.