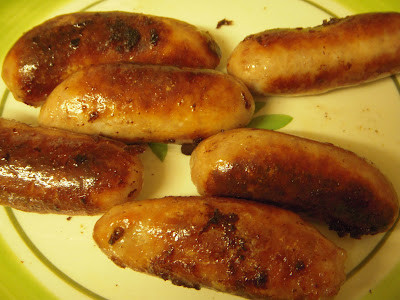 We first rated E H Prior's Traditional Pork sausages five years ago, when Rate My Sausage was in its infancy. How things have changed in the half-decade since then! Back then we wrote thusly : 2010 Review   So, how do things compare? I was hoping that my previous opinion and the stats would be pretty similar, which would indicate that Clifford (the Boss) is still using the same recipe and ingredients. 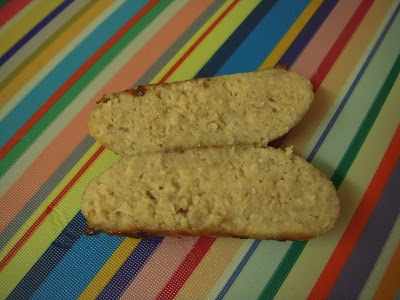 Where To Find Them:
In 2010 we bought their sausages from the shop on Saturday Market Place in beautiful downtown King's Lynn. Since then they have relocated and now run two shops, one in the farm shop beside Knight's Hill roundabout in KL, the other behind the church in Dersingham. And that is the shop I visited last Saturday morning.

Gosh, what an incredibly busy place! This must surely be a very good sign. The queue to pay for produce was at least six deep all the time I was there, and I really believe that the uber-polite and efficient young lady bravely operating the checkout deserves an extra tenner for her sterling efforts, even for the short duration of my visit. Come on Prior's, reward where reward is due!

If you're struggling to find them just turn down Post Office Road then turn right at the end and go round the corner. For you modern people who can use gadgets the postcode is PE31 6GZ. Apparently you can program this into a CatNav and the car will drive itself to the destination. Fascinating. George Orwell didn't mention that one. 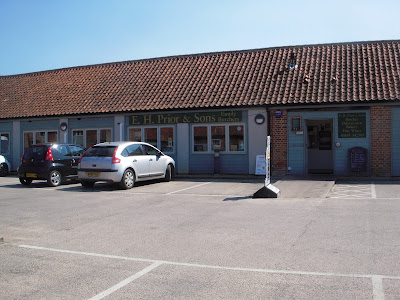 Stanwatch:
As well as the fragrant Clifford Prior beavering away behind the butchery counter there were multiple Stans on display. There has to be, the meat products are literally flying off the shelves. Stans range from large and jolly to surly and curmudgeonly (sp?). And as I already stated, the Stanette on the till is super impressive. 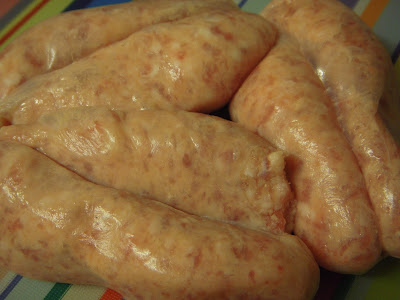 Flavour:
The pork is sweet and decent, and more-ish. Seasoning is adequate, not dominating the meat. As a Traditional Pork banger you won't expect whistles and bells, but the basics should be executed nicely. And they are. A pleasant mouth-feel. (Bonus points if you can identify the TV show that "mouth-feel" is shamelessly stolen from).

Texture:
Loosely bound together, which is good, and the coarseness of the filling is "medium". Skins are good, quite snappy. In summary, good texture. MILES superior to anything you'll find in the supermarket. 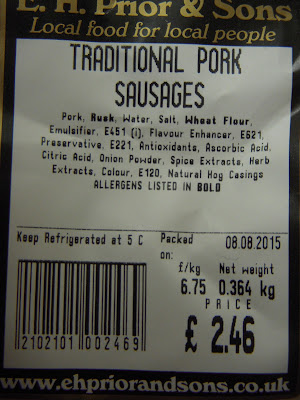 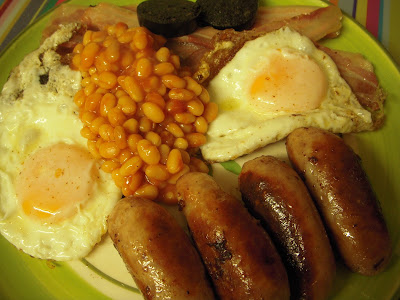 Junior Sidekick's Three Word Verdict:
JS was not around to deliver his opinion.


The "Aah, Bisto" Factor:
These sausages do smell bloody lovely when cooking. I reckon our old-fashioned approach of frying maybe accentuates the aroma? Dunno. Any experts care to comment? 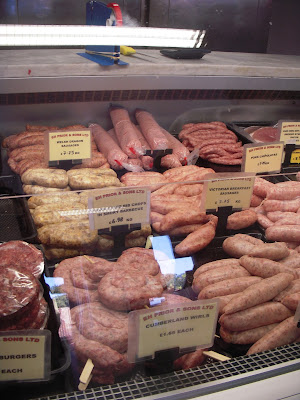 The Imaginatively Titled Next Day Cold Sausage Test:
I liked these bangers better when I ate them cold the next day. They bound together better as the fat cooled and they presented a solid chunk of tastiness. We used superb Calon Lan sauces to dip into. All three were good, with the horseradish proving to be an absolutely divine combination with Prior's cold sausages. The horseradish was a nose-runner if you dare to taste too much though. The scotch bonnet jam is bloody lovely but don't be scared by the name. The flavour is sweet and tangy, not blisteringly volcanic. The red mustard is actually the hottest of the three, and my notes say "dark and sinister flavour". Still tasty though.

And Finally, Esther:
A rather good sausage, but not a great sausage. The pricing means that you really should visit and try some for yourself! 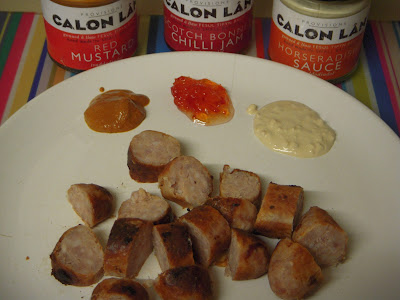