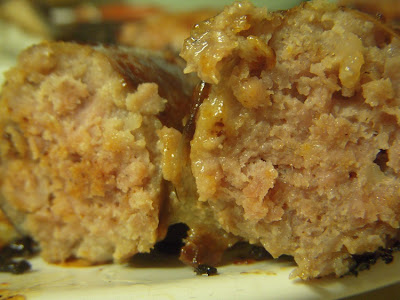 Our sausage safari around Heacham continues, and this week we’re visiting Howard’s butchers, which you will find on the High Street. Just across from the Post Office (maybe, memory not so good at my advanced old age).  The area is predominantly residential streets so you should be able to find somewhere to park quite easily while you pop inside for some great meats.  It’s not just meat though, check the pic further down, Howard’s sell a really good range of very local sauces, fruit, juices, pickles, etc. 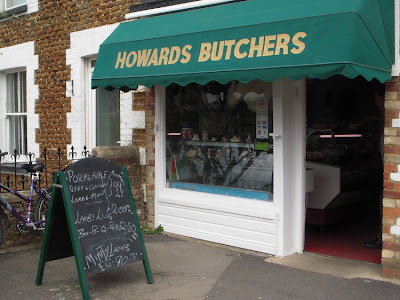 Now, the name Howard’s may be familiar to you if you’ve been Rating The Sausage for a long time.  We have rated sausages from a Howard’s before – not this one but the shop in Gayton, a few miles out of King’s Lynn. We absolutely loved their Howards Pork Sausages, and the review contains the phrase “six year old Junior Sidekick”.  He’s ten now, we’ve been doing this for a while then! Two Howard’s butchers? Is there a connection you eagerly ask? Yes there is!  The Howard name comes from Old Farmer Howard, who ploughed Norfolk’s green and pleasant landscape for many years. Sadly Old Farmer Howard passed away two years ago.  But if nothing else, his legacy of Most Excellent butcher shops is something he would be extremely proud of.  There’s rivalry between Heacham and Gayton outfits – Heacham tell me that everyone at Gayton is hirsutely challenged (i.e. bald as a coot). This is a direct quote from Richard Howard, boss of the Heacham shop! Are you going to put up with that, Gayton? 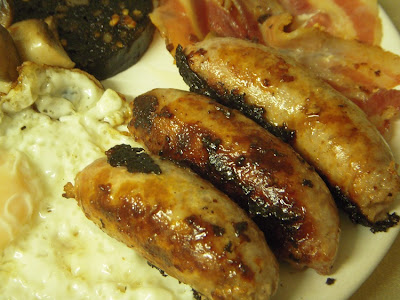 Family fun-feuding aside, you’ll receive a wonderful warm welcome here. And, best of all, there’s a stunning, hot girlie behind the counter. Yes, we’re getting all chauvinistic here, but you Have to check out this complete hottie. Brenda is an ex Heacham Carnival Queen. She is delicious!  But enough of the background information that you, the readers, love so much, here’s what we thought of their bangers:


70%.  This little piggy put his heart and soul into these sausages, not to mention the more traditional and higher quality cuts of pork which we know go to making a good banger, such as arse, belly and shoulders. His sacrifice is greatly to our benefit.  These taste MEATY (capitals intended), which in itself is a good thing, and it’s a neat trick when Howard’s claim a healthy but not record-breaking 70% pork content. 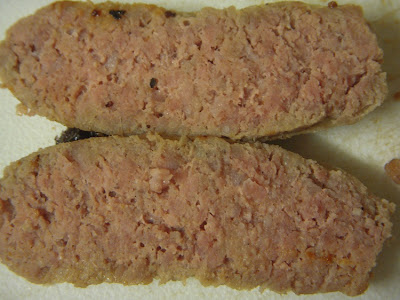 Flavour:
Simply put, “sweet and meaty”.  Really rather splendid.  I’ve no idea why they’re called “Heritage” though, I don’t “think” it’s an ages old recipe.  Maybe it’s simply clever marketing?  I tried to work out where the sweetness was coming from....sweet basil?  Nutmeg?  The flavour is tenderly light on the palate and it’s a brilliant contrast with the rough and ready, agricultural texture. Nice!


Huge shock.  Grainy, almost gravel-y, this is by far the best texture of 2013 so far.  The sausage filling is on the dry side, which simply serves to emphasise the component pieces of meat. You can’t push your fork easily through these babies, compare and contrast with the bloody awful Iceland sausages that we tried so hard to eliminate. Top marks Howard’s, bloody lovely. 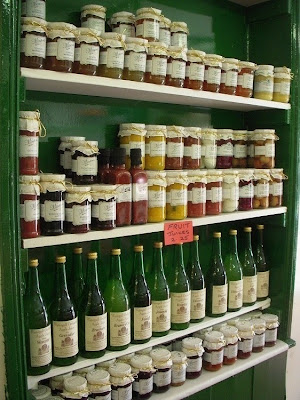 
£2.61 for 6 sausages, weighing 424g - this works out as a price of £6.16 per kg, or 44p per snorker.  That’s kind of bang in the middle of this year’s range of prices, but you have a Champions League sausage for that money.  I can only rate Howard’s (of Heacham)’s Heritage sausage as bloody fantastic value for money/ Bravo! 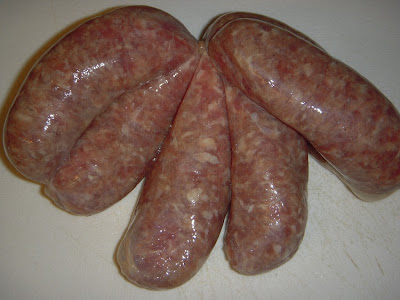 The Bisto Factor:
There wasn’t much going on in the olfactory department when I fried these beauties.  But there was plenty going on in the “you ain’t gonna eat ME, sucka!” department.  These are Feisty sausages., in that they have apparently evolved a self-defence capability - they spit Extremely Molten, Liquid Fat. Straight at you.  Wherever you stand the jet of lava-like fat comes straight for you, it’s uncanny, and obviously deliberate. These sausages spit more often, and further, than the front row at a Stiff Little Fingers gig.


No chance matey, these were all long gone before Junior Sidekick could even get a sniff! 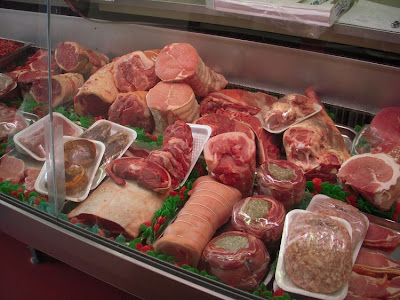 Stan-Watch:
Success! There was a Stan in action, and, brilliantly, the Stan was hailed to come and talk sausages! Stan makes the bangers at this excellent little butcher’s shop, and you’ll be able to spot him as he’s the only (male) member of staff with a full head of hair. We like to call it “Stan Fluff”.


Superb sausages.  Please go and buy some as soon as you can.... 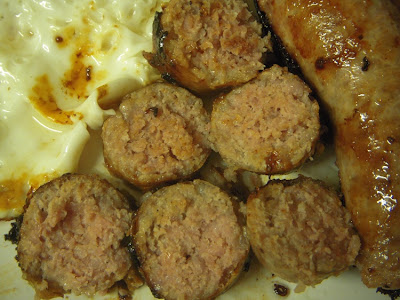