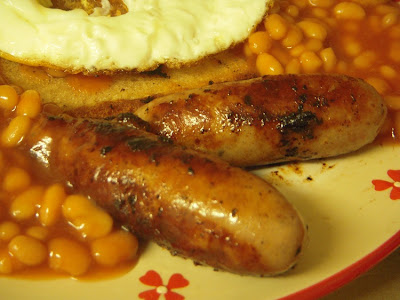 If you’re a regular reader of Rate My Sausage then Edis is a name you’ll probably recognise (and if you’re not a regular reader, why the chuff not?).  However, before you shake your head disappointedly and bemoan the lack of new and interesting butchers on RMS, hold ye hard!  You see, previously we’ve visited Edis of Ely in Cambridgeshire to rate their Premium Pork sausages in 2010 Edis of Ely Premium Pork sausages review.  And when we rampaged around Ely’s Farmers’ Market in September 2012 we picked up some of their Pork & Leek lovelies Edis of Ely Pork & Leek sausages.

This review is NOT about those guys though – after all we’re on week four of the Bury St Edmunds season.... 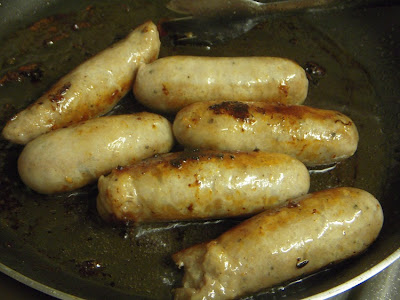 Oh no, this is all about Edis Butchers on St John’s Street.  Just around the corner and down the hill a little from the Meat Inn.  It’s not a common name is it, Edis, so I (naturally?) assumed that the two were part of the same organisation.  Wrong!  I breezily asked the young chap behind the counter to confirm this and was met with a sheepish, and slightly alarmed expression.  Followed by a guarded and measured comment that the two shops were indeed owned by brothers, but they “don’t get on” and there was some kind of dramatic and profound parting of the ways somewhere in the not-too-distant past.  Scandal!  Judging by the finality of the last remark, and the indecent hasty rush to serve the next customer, it was obvious that I would receive no further information here, today.  And I can’t bloody find out anything anywhere else either, sod it.  I’m completely intrigued, being a naturally nosey git, and I want to know what happened.  Tell me!

Argh....so, like Jill Dando used to say so provocatively on Crimewatch, if you know anything about this please call us, there may be a reward.  Actually there’s no reward, you’ll just satisfy a parky gossip’s curiosity.  Let’s have a look at the Edis – of Bury St Edmunds – sausages.... 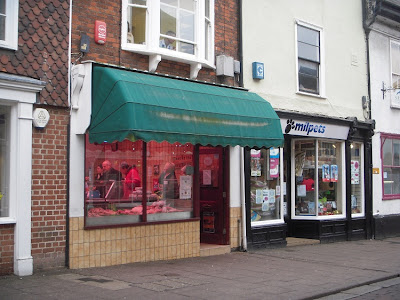 Meat Content:
“Good ‘n’ tasty” is what I wrote while Sam and I were tucking into these sausages, and I “think” that good quality pork is the foundation.  The meat is abundant and firm, tasting sweet and very flavoursome.  The erupted ends allowed the filling to make a dash for freedom in the frying pan, and as you can see from the “in pan” picture each banger looked different and cooked different.  Very happy with that.  The shop label stated 72% by the way.

Flavour:
Sagey, salty (but not too much) and after a little while, very sweet.  I wonder if this is down to the quality of the pig?  The salt and sage assault calms down presently, as the sausages cool, which I found to be a slight disappointment.  A tasty banger though, but not ground-breaking. 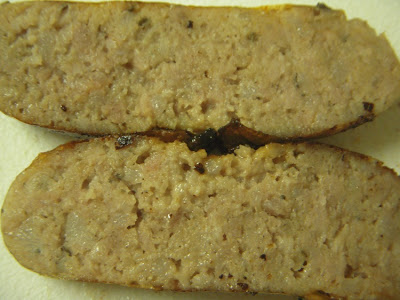 Texture:
Very firm and moulded together very pleasantly.  The larger lumps contained in Edis’ sausages was quite a contrast to the most recent bangers we’d road-tested, and very welcome – bigger bits is a recipe for approval from Rate My Sausage.

Pretty good, you don’t lose too much when you fry these little beggars for your brekkie (make sure you remove the yolk from Junior Sidekick's egg).  Thanks Edis. 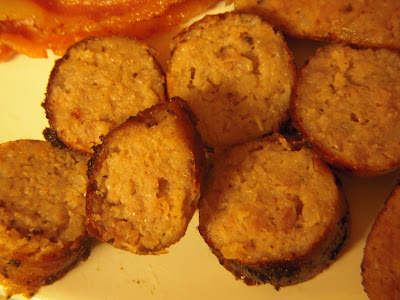 We enjoyed these bangers and you can’t deny that they’re cheap.  On that basis we’d rate Edis’ Best Pork sausages as really good value for money.

Through A Child’s Eyes:
When prompted for his opinion Junior Sidekick declared simply “MmmmmmmmmMMM!”  Why use ten monosyllabic grunts when one will do?  The sausages were the first items to disappear from the young pork padawan’s breakfast plate, which should tell you all you need to know about these snorkers, as seen through a child’s eyes.  As for the bacon....”Where’s it from?  It’s not as good as Bower’s and definitely not as good as Fruitpig.”  You see, I had left it too late to pick up our regular fortnightly meat ration from the boys at Bowers’ the butcher and we had to make do with....gulp, I feel dirty....Tesco bacon.  Great to observe that Samuel noticed the difference in quality though! 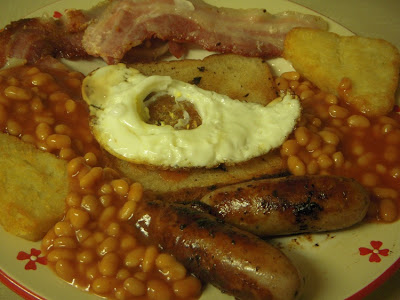 The Imaginatively Titled Next Day Cold Sausage Test:
There were no samples left for us to rate the day after.....

And Finally, Esther:
A good banger.  I was persuaded as such by Samuel’s reaction when he tried them.  Give Edis - of Bury St Edmunds OR of Ely a try soon! 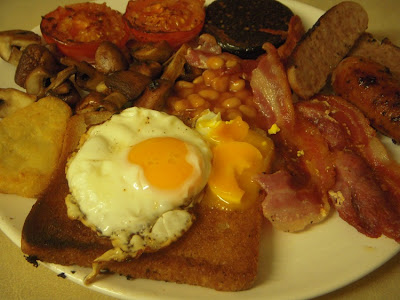 During the last forty years I have eaten sausages all over the uk, Cornwall to Shetland (including Newmarket) and consider myself somewhat of a connoisseur on the quality of a real porker! I can without hesitation say that "Edis of Ely" bangers from St John's Street, Bury are the best that I have ever tasted.