Does the name Jack Jones ring any bells with you?  How odd that just a few weeks after I concealed (badly) references to nostalgic favourite sitcom It Ain’t Half Hot Mum in a review I should accidentally stumble across another sausages/sitcom connection.  Not of my own making this time though. 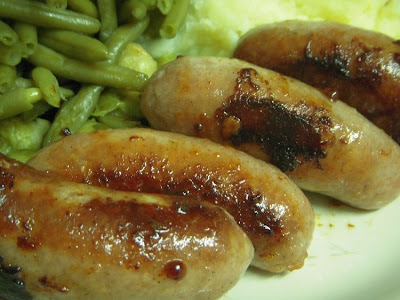 In Thetford on unrelated business I found myself with half an hour to spare.  “Let’s have a nose around for the butcher” I thought, and I wandered off down the town’s pedestrianised high street.  As if by magic, a couple of minutes later I was standing outside J Jones – Family Butcher!  This shop was not here when I lived at Barnham camp, just outside the town, when I was a young and green airman in the late eighties, so finding it was a lovely surprise. 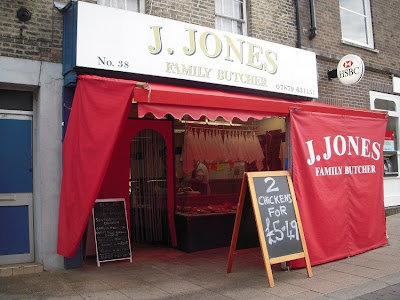 If you didn’t know, one of the UK’s favourite sitcoms, Dad’s Army, was largely filmed in and around southern Norfolk market town of Thetford between 1967-1977.  The Town Hall doubled up as Walmington-On-Sea’s town hall (remember the boys charging up the stairs to rescue the Luftwaffe pilot whose parachute was caught on the clock tower?).  There’s a row of flint cottages that appears in many of the episodes.  And the cast used to spend the filming period residing in the town’s Bell Inn, which still keeps hold of a great deal of memorabilia from the series.  There’s also the brilliant  Dads-Army-Museum , which I thoroughly recommend. 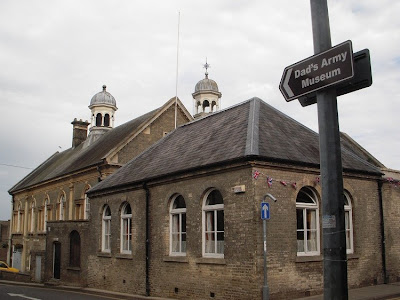 There are reminders of Dad’s Army all over the town.  I wonder what came first, Pike Lane, or Private Pike, the character? 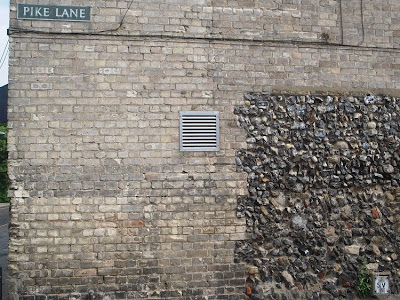 Just over the bridge from the Bell Inn, wherein Arthur Lowe (who played the part of Captain Mainwaring) would hold court from the end of the bar while knocking back endless snifters, you can find a charming statue of the great man, in character, resting his baton across his knees.  If you’re even slightly interested in a true classic of British comedy, you really must visit Thetford and dive in to the tangible history on offer. 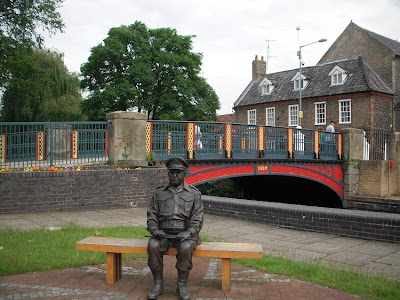 Enough of my Tourism Advertisement though – what about the bangers?  They’re actually named “Walmington Sausages” after the fictional seaside town in which the series was set.  Both shop-name and sausages are a blatant “taking advantage of” the show, but why not?  I actually think that being able to visit Jonesey’s shop for real is an absolute treat. 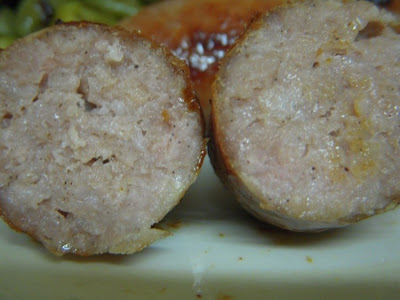 Meat Content:
85% said the jolly butcher, and they certainly offer a satisfyingly meaty mouthful.  He even went out of his way to point out that the figure of 85% includes fat, which we knew already but maybe a lot of his customers wouldn’t, so a pat on the back for that, my old son.  The meat certainly hasn’t been rationed in these sausages, and I doubt that Jonesey’s bangers contained anywhere as much pork.  He would have bulked them out with water in fact, leading to many of them exploding in the frying pan, and that’s where the nickname “bangers” comes from.  Factamundo!  To go further, these sausages were deceptively hearty and I felt full much sooner than I was expecting to – this obviously means that you don’t need to buy as many, and will therefore spend less.  Good work. 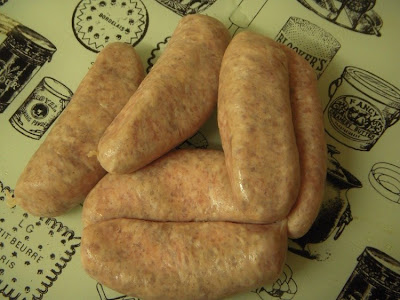 Flavour:
Very well balanced seasoning here, giving a warming, nostalgic, sagey and enjoyable flavour.  This would be a really good sausage to accompany your mash, or to include in a slow-cooker sausage casserole, but the flavour is perhaps just a little too strong at breakfast time – an observation, not a criticism.

Texture:
The first thing I noticed were the zingy, snappy skins, which is pretty much always a great sign of a good sausage.  The filling is made up of lovely crumbly pieces which add up to a very good texture that sticks together like a gang of chavettes on a hen night.  It’s a pleasant feeling cutting into the sausage, which puts up a good fight before rapidly breaking apart into dozens of tasty little bits. 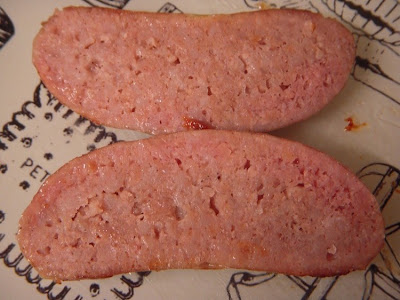 Don’t panic!  If you were worried that I was writing another 100% perfect review, don’t be - 24% loss isn’t disastrous, but reducing that somewhat would elevate Jones’ sausages into the promotion places.

The fact that the Walmingtons filled me up sooner than I’d expected, and the decent quality on offer leaves me no alternative than to rate J Jones’ sausages as “good value for money”.  Buy some soon!  And dive into sitcom history at the same time. 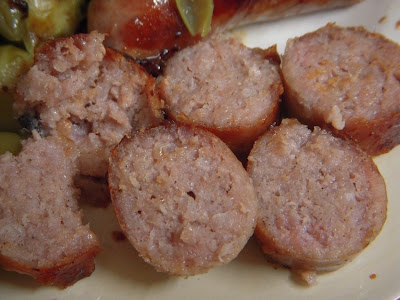 And Vino, dear girl, thank you, I enjoyed writing it so much. Good bangers too!

This is such a great post and a good review. Sausage is is one of the favorite meal because of that it is easy to cook and they come with different flavors.

I went through Thetford on a coach a few months ago and was quite charmed. I thought I must make a point of visiting during the summer, so I'm glad you've reminded me.