The Rate My Sausage Retail Sausage Of The Year 2010 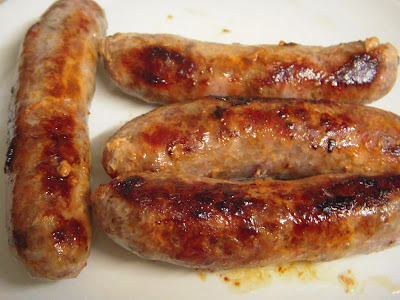 The Gold Medal for 2010 is awarded to The Fruitpig Company's Rare Breed Toulouse Sausage. 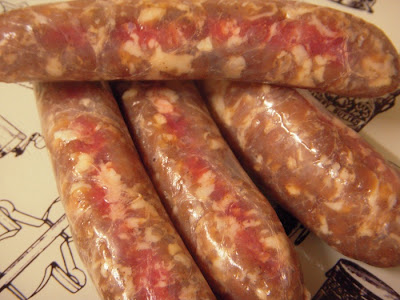 The only sausage that inspired us to poetry in 2010: 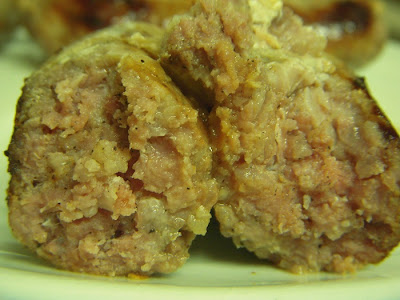 We said of them: ". If this sausage was a Cluedo character they’d be Major Meatiness." 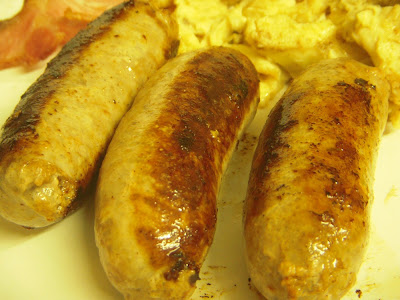 The Silver Medal goes to The Fruitpig Company's Rare Breed Sausage, making it a one-two for Matt Cockin and his team. Of these bangers we said: "The rare breed pork meat shines through, and would produce fantastic bangers on its own, with nothing added. However, after you savour the sugar-sweet meat there is an after burn of spiciness, as mustard and pepper join hands and romp in spicy-coloured Doc Martin boots all over your taste buds." The Bronze Medal for 2010 goes to Debbie & Andrew's Harrogate 97% Pork Sausages. "You’ll need a firm grip on your cutlery when you attack these, and make sure you’ve topped up your Dentigrip to keep your false teeth in place as you chew into these delightfully firm sausages." 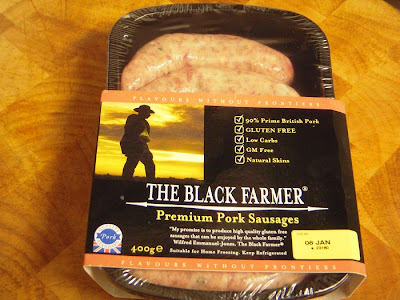 And the fourth place "Mentioned In Despatches" goes to The Black Farmer Premium Pork Sausages: "If you prefer a chunky banger which brings a large amount of pork to the table, you’re in here. The initial meaty hit continues as you eat the sausage, the herbs and spices are subtle but work very, very well."
Posted by Rate My Sausage at 04:35