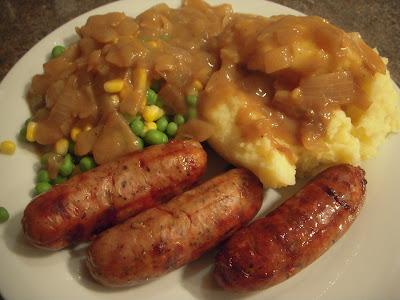 Next stop – Boston. This is a small market town and port, whose name is said to be a contraction of “St Botolph's town”. This would make sense as the most notable feature (well, unmissable actually) is the sky-scraping tower of St Botolph's church, known as the Boston Stump.

I travelled to Boston by rail and you can see the Stump from many miles distant. Armed with nothing more than a hand-drawn map and a little prior knowledge from the Internet, I had high hopes of tracking down some top-quality Lincolnshire sausages (and hopefully some hand-made stuffing for JP to review – but more of that another day). The first sample up for review is from long-standing family butcher, Bycrofts. 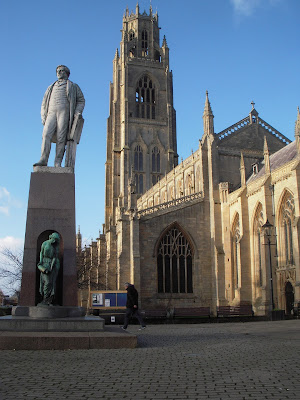 We have a personal history with this butcher as my better half grew up in Boston and Bycrofts was the place that the family meats were purchased every Christmas. Ruth's mum was even offered the job of carer for an old Mr Bycroft once upon a time, but couldn't take up the offer due to other nursing commitments. Ruth was excited to try these sausages again, but equally apprehensive in case her warm childhood memories were dashed....how did it turn out? Read on.... 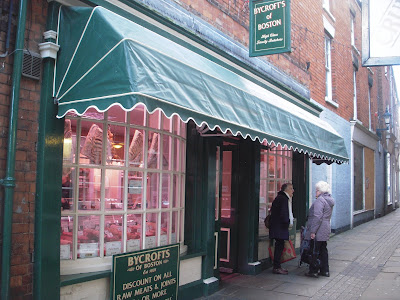 Where To Find Them:
You can find this small but perfectly formed family butcher in Dolphin Lane in Boston – don't expect to park right outside though unless you're driving a Sinclair C5. The postcode for your SausNav system is PE21 6EU. Try to visit on a Wednesday – market day in Boston – and you'll find the town centre full of bustle and bluster, and tempting-smelling food vans. I particularly recommend the tea-caravan in the shadow of the Stump. 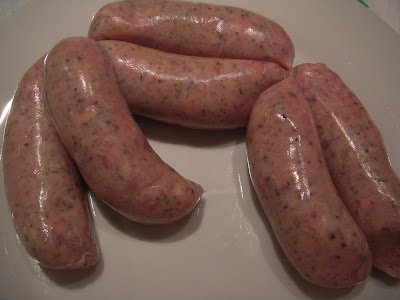 Stanwatch:
Three lovely young ladies smartly kitted out in Bycroft's green uniform will greet you most enthusiastically when you pop in. I think the girls tend to try and keep the butchers out of sight in”the back” but one of the Stans nipped into the shop while I was there. Let them out now and then girls!

Flavour:
Peppery but definitely not overdone, these sausages would suit a child's taste buds as well as the grown-ups. The pepper combines beautifully with the high quality minced pork to provide a perfectly rounded, rewarding flavour, the very definition of a Lincolnshire sausage. The seasoning here is better balanced than Beth Tweddle on a beam, and we just could not stop eating them (with consequences that you will discover later). Really delicious and a bold benchmark for Boston's butchers to beat. 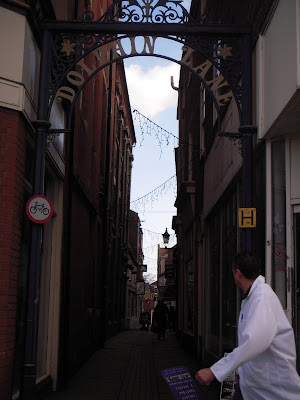 Texture:
These sausages look really crumbly because they ARE really crumbly – which is a good thing. The pork is chopped medium coarse and holds together beautifully once you get inside the natural skins. These skins have more snap and crack than a bowl of Rice Krispies, and offer a delightful resistance to the knife. Maybe too much even, and the filling can occasionally bolt out rather than slicing cleanly. That is an observation, not a criticism. These bangers are larger than most and maintain their chunky look throughout cooking. A quality product. 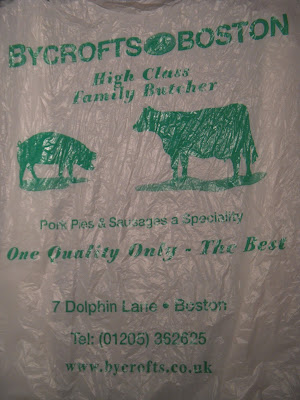 We rate this as very good value for money, a fair price for a delicious product.

The "Aah, Bisto" Factor:
If there is anything to raise an eyebrow about with Bycrofts best it's the lack of aroma during cooking. It could be down to the fabulous natural skins that I commented on earlier, but a tempting scent drifting out of the kitchen is all part of enjoying the meal.... 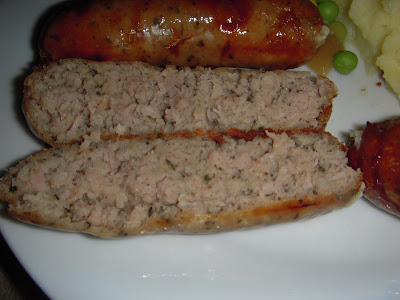 The Imaginatively Titled Next Day Cold Sausage Test:
I knew there was some reason NOT to scoff all these sausages in one go. I can't tell you how these bad boys measure up after a night in the fridge because we enjoyed them so much that we just did not stop until the plates were clean. Cue an hour of satisfied groaning from yours truly, with zero sympathy from the Missus. Delicious, but be sensible!

And Finally, Esther:
You have to try these sausages. Quintessential Lincolnshires. Tell them that Rate My Sausage sent you....you won't get a discount but you can enjoy the distant and puzzled expressions on faces, and the almost inaudible “Oh yeah.....THAT idiot....” 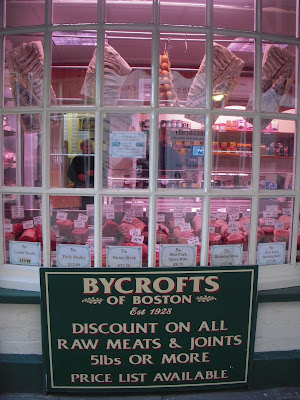