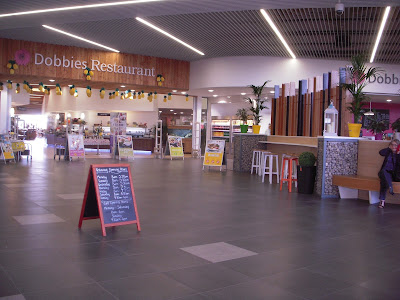 The Dobbies Garden Centre in beautiful downtown King's Lynn is incorporated into the same humungous timber-framed building as the Tesco mega-market. When this was built Dobbies was part of the Tesco portfolio of businesses - but as you know they have now been sold off to Midlothian Capital as the grocer concentrates on its core business of selling loo rolls and baked beans.

Why do garden centres have a cafe attached? Well it's to add value to their sites. "Most" garden centre customers fit into demographics with some expendable income - obviously carved sandstone ornaments in the shape of half an apple, with gold coloured pips and stalk, are not the kind of everyday essential that less well-off families would visit the next-door Tesco for. Why not tempt the Meldrews and the Leadbetters in for a pot of tea and a crumpet after their exertions in the herbaceous aisle? 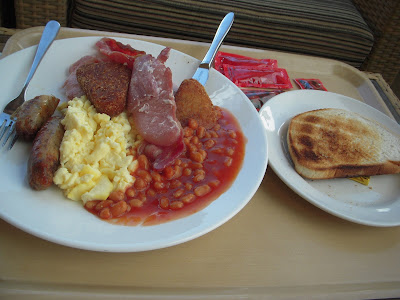 Sausage: score 2.25.
The sausages on offer at Dobbies are sort of like Lincolnshire sausages, but a poor quality version. We sliced and squished of course, and it wasn't the worst we've ever seen - but far from the best too. The flavour was mild, slightly peppery, but overall quite bland. They've made a little effort here, but not enough. How often are cafes ruining ther breakfasts with low grade sausages?

Service & Cleanliness: score 2.5.
One lovely chap behind the food counter was warm, friendly, bubbly, fantastic! Sadly the rest of the staff were surly, prickly and stomped around with faces like slapped arses. Thank god for Mister Nice, or the overall score would have been humiliating.

The cafe was lovely and clean, and the high-celinged dining area was relaxing and airy. We ate our meals in armchairs in a bright corner of the dining room, which was also a super vantage point for some people watching. 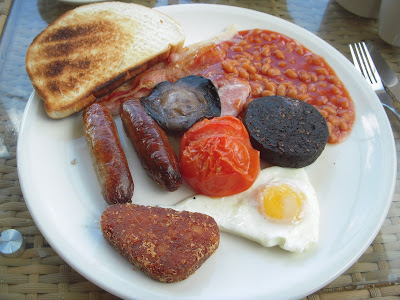 Rest Of Meal: score 2.5.
As per the rules we opted for the second-cheapest meal that includes sausages. In this case it was the "10 Item Breakfast", which is quite a lot of food. Choosing the assortment of "goodies" didn't take too long though. Sam the Junior Sidekick went for 3 x bacon (which he would later regret), 3 x sausages, scrambled egg, beans and 2 x hash brown, whilst I plumped for 2 x bacon, 2 x sausages, fried egg, beans, mushroom, grilled tomato, hash brown and black pudding. Both meals included a slice of toast. For drinks Sam went for water and I paid an extra £1.95 for a two-cup pot of tea (ignoring the odd-sounding Sucky Tea).

The food was completely underwhelming in quality. All the hash browns were well over-done and should have been thrown away. The black pudding wasn't far behind in terms of over-warmed hardness. Scrambled eggs were insipid, flavourless and watery, but the fried egg was OK. The toast was stone cold. The rashers of bacon were large and there was some clumping together in the hotplate. Sam found it stringy and of low quality. The mushroom was small and utterly waterlogged. Must try harder! 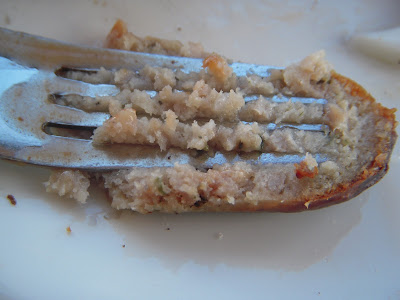 Price:
Our meals averaged £5.66, which means that the score for Price is 2.33. This meal was not at all good and we would have sent it back had we not been taking part in this taste-testing odyssey. Dobbies cafe, amazingly, has stolen last place from the Silver Spoon cafe - and I didn't think that was possible.... 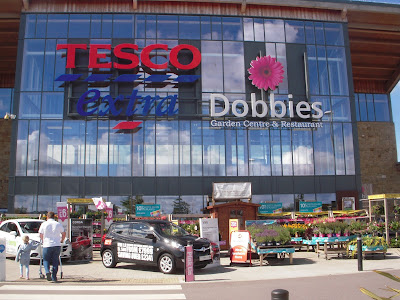 Scoring & Rules:
Points will be awarded in four categories; Sausage, Service & Cleanliness, Rest Of Meal and Price. The first three will be scored secretly out of 5 by the two of us and the scores averaged. For Price we are again using the Little Chef Olympic Breakfast (£7.99) as the benchmark, subtracting each cafe's price from this, and the resultant figure is their score (minimum score is zero). Simples!

A friend of mine treated me to breakfast at Dobbies Cafe kings lynn about 6 months ago, & i think it was the worst thing i had ever eaten in years. Why do these company's cook the food & put it under a hot plate to dry out. We both had full English & the only thing that was OK was the tea. I wanted to complain & not pay, but, it was my friend's treat & he is quite a bit more reserved than me, so i kept quite.
So at least i got the opportunity to put their bad food on every social media & review sites i could find. This place should be closed.