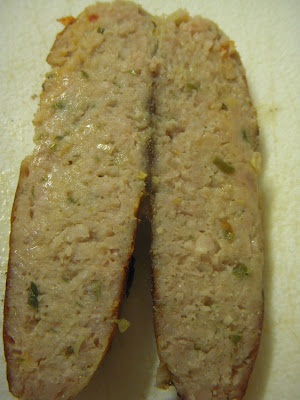 Sausages with cheese in them were a surprising and enjoyable revelation for me when I discovered that such a combination existed, in 2012  What started out as a potential assassination of a supermarket banger ended up being thoroughly positive about Tesco Pork & Red Leicester Sausage.  And then we visited Ely Farmers Market in Cambridgeshire and found Grasmere Farm's Pork & Stilton who took my new-found adoration for cheese-in-bangers to a whole new level. Grasmere Farm’s offering featured on Sausage Of The Year 2012  which speaks volumes for its quality and for how RMS saw the light last year. 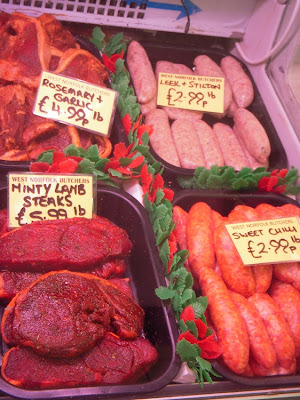 So fast forward to our awayday to Norfolk coastal village Heacham, and we visited West Norfolk Butchery, a tiny shop affiliated to the West Norfolk pub next door.  As soon as I clapped eyes on the Pork, Leek & Stilton sausages I just HAD to have them. The same emotion that King’s Lynn’s womenfolk feel when they see me walk into the bar in Chicago’s on a Saturday night. Helpless desire (oh yes, they try to disguise their desire with obviously-fake pure indifference, or occasionally blatant disgust, but we all know that deep down, I am the top dog in Battersea Dogs’ Home. Not intending that metaphor to reflect the women, natch). 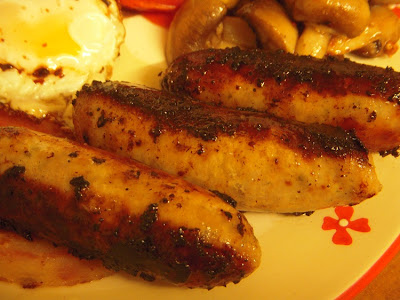 That was a slight tangent.  Back to Heacham, and the cheesey sausages.  Having spotted the bangers and waited for maybe six or seven minutes for the Stan behind the counter to finalise his golfing arrangements for the next day, I introduced myself and explained a little about Rate My Sausage. I never expect or want the red carpet rolled out but on this occasion the reaction was practically ridicule. When I asked if I could review the sausages Stan replied “If that’s what ya wanna do soldier!” The whole encounter left me feeling or knowing that the butcher seemed to be cocky, self-interested and not particularly customer oriented.

As Peter Griffin once said to Chris, in one of the Star Wars tributes, “That’s good kid, don’t get penis-y”.

But! This is Rate My Sausage and not Rate My Butcher, so ignore all that and let’s see how the sausages got on.... 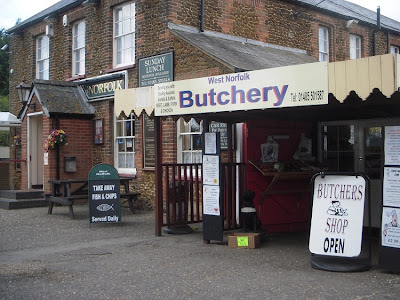 
I didn’t note the percentage, sorry. And the butcher was way too “in yer face, geezer” to even consider quizzing him about the amount or provenance of the pork.  These sausages are not overly piggy, but I guess there’s enough pork going on to contribute to this quite nicely balanced banger. 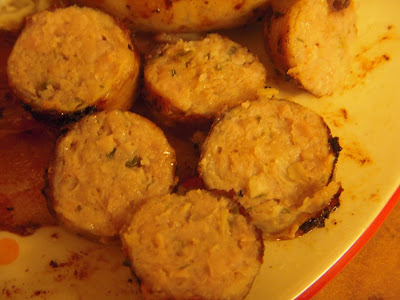 
The first slice was all pork and leek – our current fave variety – but where is the stilton?  Second slice was porky and deliciously cheesey, no leek!  And so it continued, with each successive forkful handing you a different combination of flavours.  I quite like this, it hints that the sausages are hand-made and mixed, and not done by machine. Don’t know if that’s true or not, maybe West Norfolk Butchery may tell me?  Overall this is a good mix of ingredients giving a nice banger, the pork generally takes a back seat and allows the zingy cheesiness to romance your taste buds along with sweet leek.  This all adds up to a flavoursome, enjoyable product, well done. 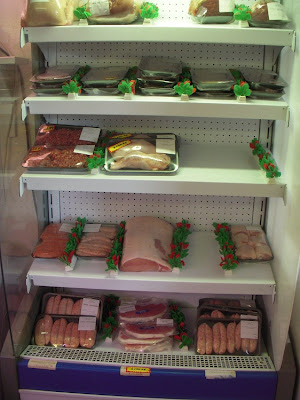 Texture:
Certainly not the worst, but ever so, ever so regular.  There are hardly any nuggets of porky variety, be it fat, gristle, whatever, which regular readers know we love.  So – the texture is the weak point in this otherwise half-decent sausage. 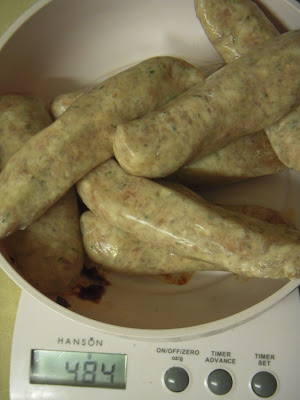 The concept is really good, the flavour is varyed and interesting, the texture’s average to disappointing. So overall we’ll have to describe West Norfolk Butcher’s Pork, Leek & Stilton Sausages are “not too bad” value for money.


Great cheesey aroma towards the end of cooking process, unusual and great! 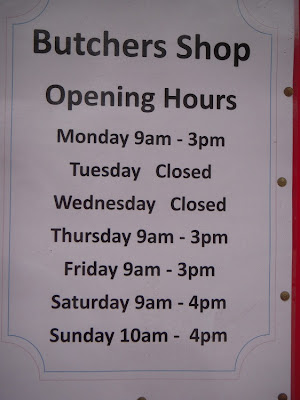 Opening hours are obviously aimed at the tourist trade from the surrounding caravan parks. Fair enough.


I liked the sausages but deplored the buying experience. 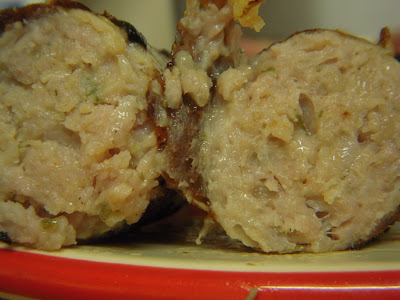 Stilton is fantastic, and in a sausage, beautiful!