Day Five.  Rate My Sausage is still trying to kill the bloody awful sausages from frozen food giant Iceland.  Bloody awful is not a negative slant, they really are minging.  This time we're embracing gravity, and height, to our advantage. 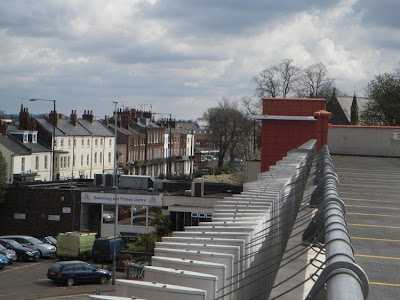 Here we are on the top deck of St James multi-storey car park in beautiful downtown King's Lynn.  Nice day for some sight-seeing.  In the distance you can see our flats.  Click on the pic to enlarge the image. Etc. 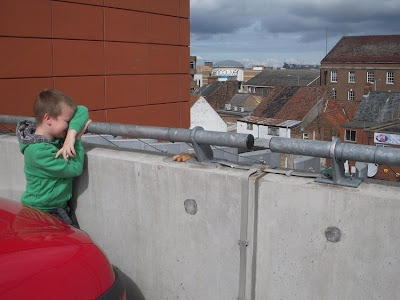 We're on the open, top level of the award-winning (yes, really) St James car park in Lynn and determined to muller some shite Iceland sausages. And trying to keep a low profile, hence Junior Sidekick covering his face.

It's NOT Junior Sidekick in this picture, OK?  Ahem. 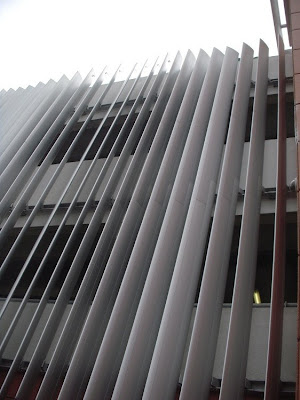 This is my view from the bottom.....looks a bit scary. 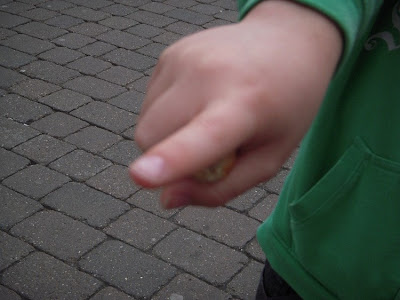 Now, of course, you can't randomly throw stuff off the top of a council car park.  The council, and the rozzers, might not like it.  So we came up with the "sight-seeing" plan, involving us supposedly pointing at distant landmarks and simultaneously lobbing shit bangers into the abyss.  Here is the sausage held in a pointing finger Cloak Of Absolute Disguise hold. 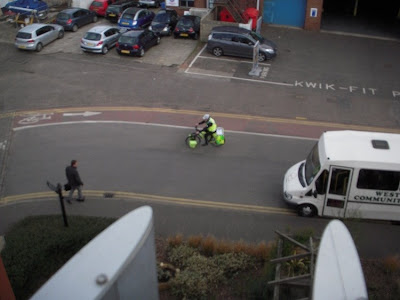 There was a brief conversation about trying to bop people with the sausages.  Cycling paramedic would have scored 25....we decided against. 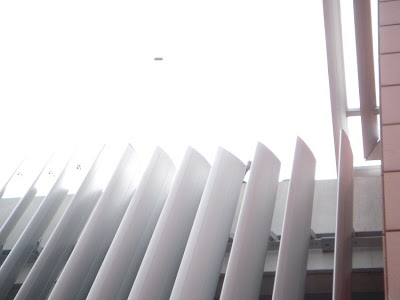 The first banger flies over the parapet.  See it arc gently earthward! 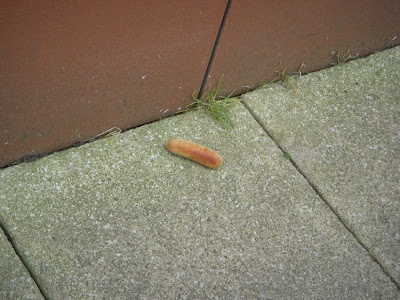 Sadly the plummet didn't seem to have any effect on the crap-sticks whatsoever.  They landed intact. 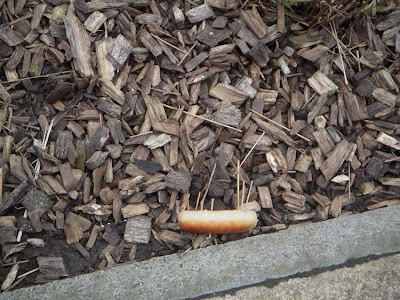 Every single Iceland sausage emerged completely unscathed. Are they invincible?

This made the score:

A serious setback.  We thought this would be a winner.  Join us again tomorrow for the next instalment.