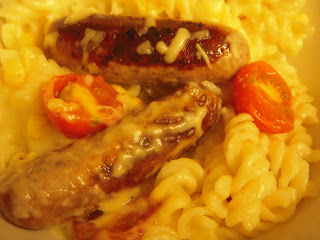 This is how the Rate My Sausage version looked. 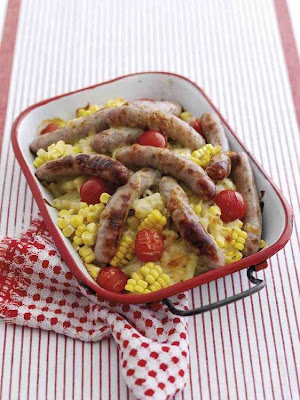 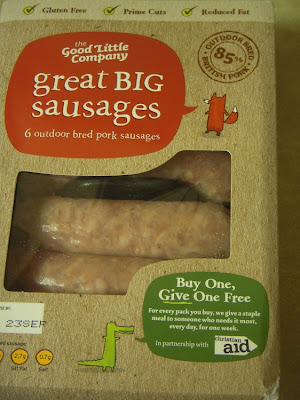 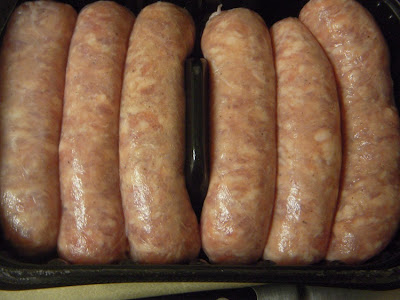 Cheese and pasta go together like Dastardly and Muttley.  Like Salt and Vinegar (the king of crisp flavours I’m sure you’d agree).  Heck, like Hamilton and Academicals.  And everyone likes cheese and pasta.  Even Junior Sidekick, who professes a dislike of cheese in most other circumstances.  When we were discussing this recipe he objected at first but after we talked about the likes of pizza (which contains cheese) and lasagne (which contains cheese) he creditably acknowledged that his dislike might be a bit silly.  And we decided to road-test the recipe together. 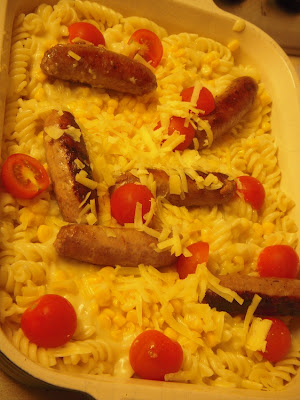 Having chosen the recipe, next I needed the ideal sausage for the job.  Something of good quality that I would enjoy, and which would be worthy of a starring role in Rate My Sausage’s British Sausage Week tribute, and also something that Sam (and other children) would approve of.  It had to be the Great Big Sausages made by the Good_Little_Company.  We’ve reviewed them once before and liked them, writing “To sum up, the Great Bigs are actually Very Good Little sausages, from a company called....the Good Little Company. Good work chaps, keep it up!”  Please feel free to cast your eye over the entire Review if you have a couple of minutes to spare.  The Good Little Company donates gifts of food to developing countries for every pack of sausages that they sell, and in 2010 had already given 3.2 Million meals.  Since then this fabulous figure has soared to 15.4 Million, wonderful work from the company; I am truly amazed at what they have achieved and felt just the tiniest bit emotional when I read that total. Keep up the tremendous work boys and girls....and everyone reading this – buy a couple of packs immediately.... 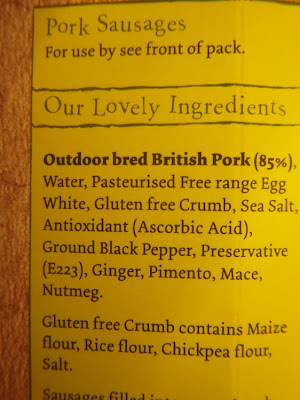 Sam handled quite a lot of this recipe himself, I did some of the critical bits, and between us we had a lot of fun and didn’t mess it up.  When the flour had settled we had prepared a very tasty meal that we both enjoyed and that was acceptable to both our palates.  Cheese-wise we stuck to the recipe To The Letter; this meant that the cheesiness was at the top end of how Sam would like it while I would have preferred more.  A satisfactory compromise.  Sam liked it so much that he bagsied the surplus and took it in a tupperware to his mum’s with him when we walked back through the late rush-hour traffic in the drizzle.  Indeed, he was so keen to take personal custody of the excess sausage pasta that he personally put it into the rucksack and insisted in carrying the bag himself.... 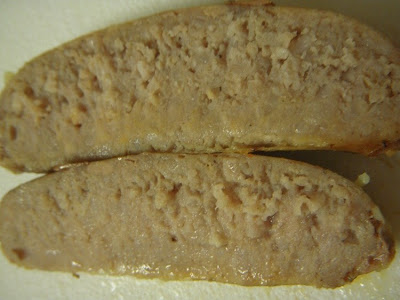 The Great Big Sausages are something of a cool enigma in my opinion.  They unwittingly occupy the exact middle ground between proper butchers’ sausages and supermarket bangers, an entry-level “proper sausage” if you wish.  If you’d like to wean your nippers onto the real deal from your local meat monger then these are your weapon of choice....the filling is much grainier than regular supermarket plop such as Richmonds or Walls, and much chewier, juicier and with a super little squeak to them.  They Need to be Cut, as opposed to simply resting the knife blade on top and watching it dredge sadly down through the slurry.  Interesting and enjoyable in texture.

Meat-wise, the claim is 85% pork – I have no reason to question that.  The flavour is generally quite sweet, but the salty burn of cheaper sausages has been neatly sidestepped, and I found myself enjoying them as much this time as I did on my first try.  There’s not much else going on apart from the tasty pork and the understated seasoning, but there doesn’t need to be.  Enjoyable flavour, enjoyable sausage – and you’ll be contributing to a good cause in a real and visible way if you buy them.  What’s not to like?  I’ve inadvertently written waaaay more than I’d intended, which I’ve noticed to be a sign of a good sausage.  Well done to Craig and co at the Good Little Company, and long may their star continue to rise. 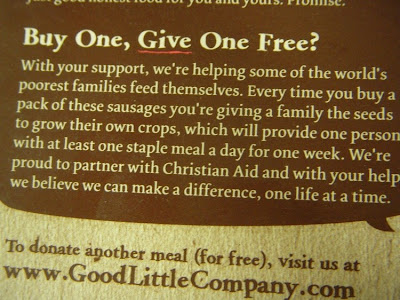 When we last reviewed this product the shrink factor was 19%, so something’s changed.  A bit odd. 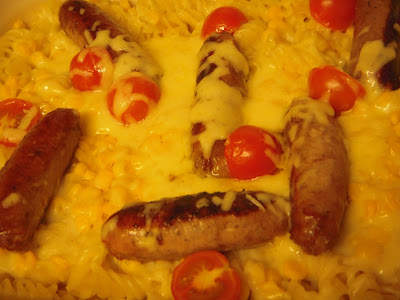 Rate My Sausage star verdict (out of five):